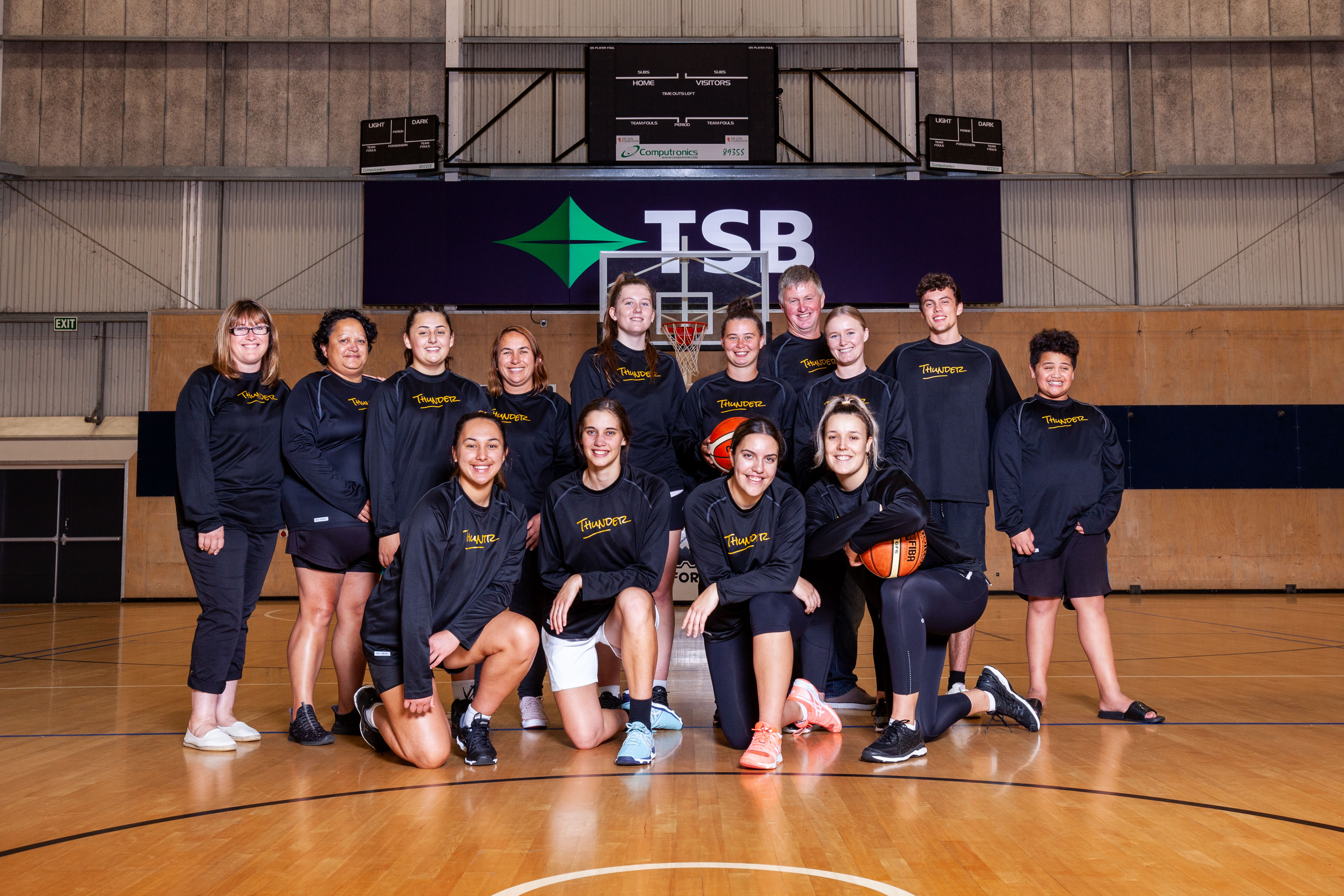 As women’s sport continues to demand attention throughout New Zealand, it’s teams like the quietly achieving Taranaki Thunder that are validating the cause.

Over the past three seasons, the Angelo Hill-coached Thunder have finished 4th, 2nd and 7th, in the women’s national basketball league. Four of their players have received scholarships to study and play in the United States, and many have gone on to trial or represent New Zealand at age group level.

For a small province, in comparison to those they come up against, Thunder campaign manager Rebecca Langton says it’s self-belief that has led the team to punch above its weight in recent years.

“Every person who takes the court is trusted to play their role in the game. They are supported and encouraged by family, team members and staff to do their very best.

“Even though we may have missed getting the result we had hoped for last season, we were still recognised as one of the best performing teams off-court, in terms of promoting the women’s game in our province.”

While Hill steps away as coach this year, the man taking over is no stranger to top-level basketball.

Aarun Langton will lead the women in 2019. While he has been sitting next to Hill for the past three seasons, he has also coached a number of Taranaki representative and secondary school basketball teams.

The 2019 squad kicks off its campaign this month and Langton is confident they will have what it takes to compete at the top level.

Guard Eva Langton is set to return from Western Nebraska Community College for the season, while dominant Cook sisters, Simone and Isabelle, will be key figures in the line-up.

“We are also developing our younger players and preparing them for further honours. The team is full of typical Taranaki athletes who play multiple sports, so we have a great cross-section of skills, attitudes and determination.”

While the Thunder have been grateful to receive support from the Trillian Trust, Bayleys, Vanburwray, Brougham Heights Motel, Rampage Fitness West and The Good Home, they are still on the hunt for a naming rights sponsor.

There is a lot of verbal support for women’s sport, says Langton, but it would be great to see someone ‘walk the talk’.

“Basketball New Zealand and the campaign managers for each of the teams are working tirelessly to establish a women’s league that is comparable to the men’s national league. The competition is definitely growing which is really exciting, and there’s certainly a great opportunity there for someone to receive some strong national exposure.”

The Thunder will be competing in the top women’s division this year against Otago, Waikato, North Harbour, Canterbury and Auckland.

The draw includes two tournaments, along with a selection of home and away games which will determine positioning for the finals weekend.

The Thunder’s 2019 home games are as follows;