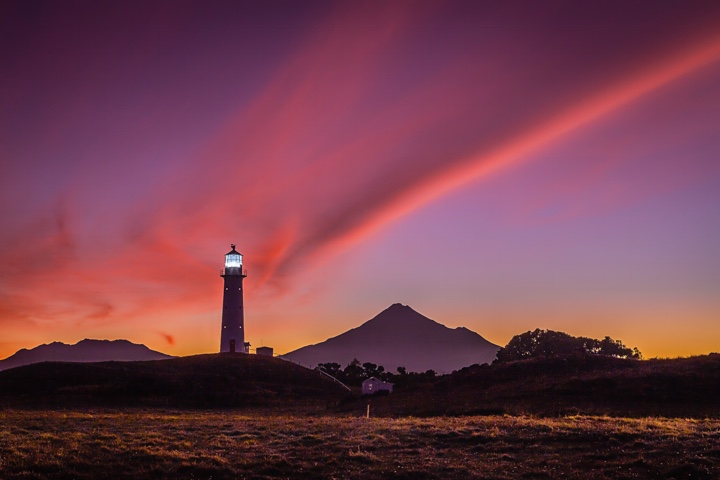 In the last few years, tourism in Taranaki has been quietly getting stronger and stronger. How has the sector grown, and what could the future of tourism look like?

It seems odd that tourism in Taranaki would have grown in the Covid pandemic, but when you look beyond the numbers, it’s not hard to see why.

While tourism hot spots like Queenstown rely heavily on international visitors, and have suffered as a result, Taranaki’s tourism market is typically made up of around 80% domestic tourists.

With international travel largely off the table in the last two years, many Kiwis have explored their own back yard like never before.

In strong tourist destinations, travelling Kiwis have been nowhere near the usual visitor numbers, but in Taranaki, where international travellers don’t tend to come much anyway, there’s been a noticeable increase in overall visitor spend.

This is despite popular events being cancelled and lockdowns keeping would-be tourists at home – particularly in Auckland.

According to Venture Taranaki’s Taranaki Trends reports, the visitor spend in Taranaki rose by 10% in the year to February, and dipped by 2% in the 12 months to December 2020. Overall, that’s up on pre-pandemic levels.

While 2020’s performance was down, that figure still made Taranaki the fourth best performing tourism region in the country that year – Northland, with 1% growth, was the only region in positive numbers, while Auckland crashed by 29%.

Taranaki has been showing signs of a strengthening tourism sector since before the pandemic too. According to Infometrics, tourism spending in the region more than doubled from $110 million in 2010 to $228 million in 2020. In particular, it surged by a third in the last two years of that decade.

Tourism was steadily accounting for a higher proportion of regional GDP over the last 10 years, peaking at 2.4% in 2020.

The numbers clearly show Taranaki has been one of the more popular regions for tourists in the last couple of years, but what’s going to happen now that travellers can go overseas again?

For those that discovered Taranaki, even if they want to come back, will they actually? Or will they go back to the Santorini sunset or Balinese beach like they’ve done in the past?

The outlook for tourism

According to Otago University tourist expert Dr. Stu Hayes, not necessarily. He cites Tourism NZ data as showing domestic tourism is expected to be reasonably unchanged in the short term.

“During the pandemic, around 65-70% of Kiwis planned a domestic holiday. In forecasting the next 12 months, that figure remains unchanged – there’s still the same high demand for domestic holidays, particularly short trips up to 4-5 days in length.

“When you start looking at those longer trips of a week or more, the numbers do start to decline. That could be an indicator that people are starting to look further afield.”

Venture Taranaki is a leading campaigner for regional tourism promotion, and is pushing hard to capture the attention of potential visitors.

A recent campaign gained 12 million views from January to February this year. It targeted people in Auckland, Wellington, Christchurch, Whanganui, Waikato, Manawatu and Bay of Plenty on social media – all places within driving distance or with a direct flight to New Plymouth.

During that time, nearly 10,000 people clicked through to the Taranaki Like No Other website for more information.

If nothing else, this shows there is still enthusiasm among New Zealanders to come to Taranaki.

There’s uncertainty over just how quickly international tourists will return to New Zealand. Countries that have opened up quicker than New Zealand have overwhelmingly seen tourism far below pre-pandemic levels, and Westpac predicts overseas tourism won’t get back to what it used to be until 2024.

However, Hayes says “things seem to be bouncing back pretty quickly”.

How long it takes to get back to more normal numbers is anyone’s guess. Whatever the case, Taranaki’s proverbial guest book is expected to continue to be dominated by domestic signatures in the short term, so we may not be significantly impacted anyway.

The region’s predominant tourism market in the short term looks set to be kiwis on weekends or other short trips.

According to Stu Hayes, today’s tourists are looking for authentic experiences. When they go somewhere, they want to do things that locals do.

“The key to attracting tourists is to have things that locals enjoy. If you’re authentic as a region and as people, that hospitality will shine through naturally. So if you, as locals, enjoy it, then celebrate it more widely.”

This is part of a broad shift towards favouring local; shops, food, hospitality…it extends to local experiences too, and Hayes says it applies for both international and domestic tourists.

Data reflects this priority too, with Venture Taranaki social media monitoring picking up a 34% and 33% increase in positive word of mouth about Taranaki’s beaches and breweries respectively.

In effect, that means more people are talking favourably online about them.

It’s something Shining Peak brewer Jesse Sigurdsson sees often. He says they get tourists in “all the time,” drawn in because they want to try a local drop. They’ll often make themselves known too.

“The most common thing we get is a sense of surprise that we’re here. They’ll say things like ‘This beats what we’ve got at home’, or ‘We can’t believe what you’ve got here’. It’s happened quite a lot over the last few years, especially when there’s an event on.”

“We only used to book out when there was a big act at the Bowl of Brooklands or on long weekends, but now if you’re not booking well in advance you’re not guaranteed to get a room. That wouldn’t have been the case 4-5 years ago.

Fleming sees a lot of people as they arrive, and there’s no clear reason that brings them to town. Aside from events, often they’re just coming to check the place out.

“The great thing is, there’s so much around that can cater for people with all sorts of motivations – if you like craft beer, you can discover the craft breweries, we have lots of art and culture and architecture, and natural attractions like the beaches, Pukeiti and the mountain.

“Everyone needs to eat and drink, and there are so many good cafes, restaurants and bars that people can spend their time just discovering it all.”

Events have an important role to play in attracting out of town visitors, and Taranaki does well in this regard.

Festival of Lights, The Garden Festival and WOMAD all bring in good numbers from around New Zealand.

Taranaki Arts Festival Trust (TAFT) statistics show out of towners have made up two-thirds of WOMAD attendees in the last two editions, and up to 75% of those who attended recent Garden Festivals were also not from Taranaki.

TAFT points to the substantial amount of spending from out of town visitors as being a key contributor to the amount of money both events contribute to the local economy. Accommodation, retail and hospitality are particular sectors that benefit from tourists.

These flagship events are just the beginning too. TAFT puts on other regular, albeit slightly smaller festivals throughout the year, including the Taranaki Arts Festival, RESET, Winter Fest and Right Royal Cabaret Fest. Then there are events put on by the New Plymouth District Council and other private promoters. It all combines to create a broad range of reasons for kiwis to come and spend time in the region.

Another benefit of having a busy event calendar is it helps to provide the push for tourists to actually make the trip. Well-meaning, would-be visitors may want to come, but never get around to it.

Venture Taranaki Chief Executive Kelvin Wright says events are a great visitor driver, and there’s a lot of work involving a lot of people in this space.

“If you’re thinking about visiting Taranaki at some point, an event can act as a great catalyst for that decision-making process. Even the school holidays and long weekends are something of an event; we’ve seen busy visitation periods in school holidays in the last couple of years, as well as long weekends, with accommodation sold out most recently over Easter.

“We’re structuring our promotions around these events and ensuring we leverage these visitor catalysts to extend our reach and the opportunities they provide in driving visitation.”

Interestingly, the trend of tourists looking for authentic local experiences makes New Plymouth’s recent accolade as the world’s most liveable city a relevant tourist attraction too.

Being acclaimed as a city that’s good to live in encourages people living elsewhere to come and experience it, and see what the fuss is about.

“For visitation, you have to have a vibrant, buzzing offering – and that’s also true for the people who live and work here. Visitors are almost able to test-drive our region as a visitor, before thinking about it in a new light and what it would be like to live and work here, or how they could invest in what’s happening in our region.”

Location matters, and Taranaki’s positioning isn’t exactly ideal. It’s off the beaten track and not on the way to anywhere, which means visitors need to have the intention to come. That requires two things – for it to get their attention, then have the necessary appeal to get them to commit.

Daniel Fleming has a lot of weekend guests at King and Queen, and many of them say they wish they had longer to explore. He says this is ideal, because it draws them back.

“A lot of people come here with quite low expectations, and they’re often amazed by how much there is to see and do. There are a lot of hidden treasures and they can’t get to them all in one weekend.