The story of Neil & Raewyn Wolfe 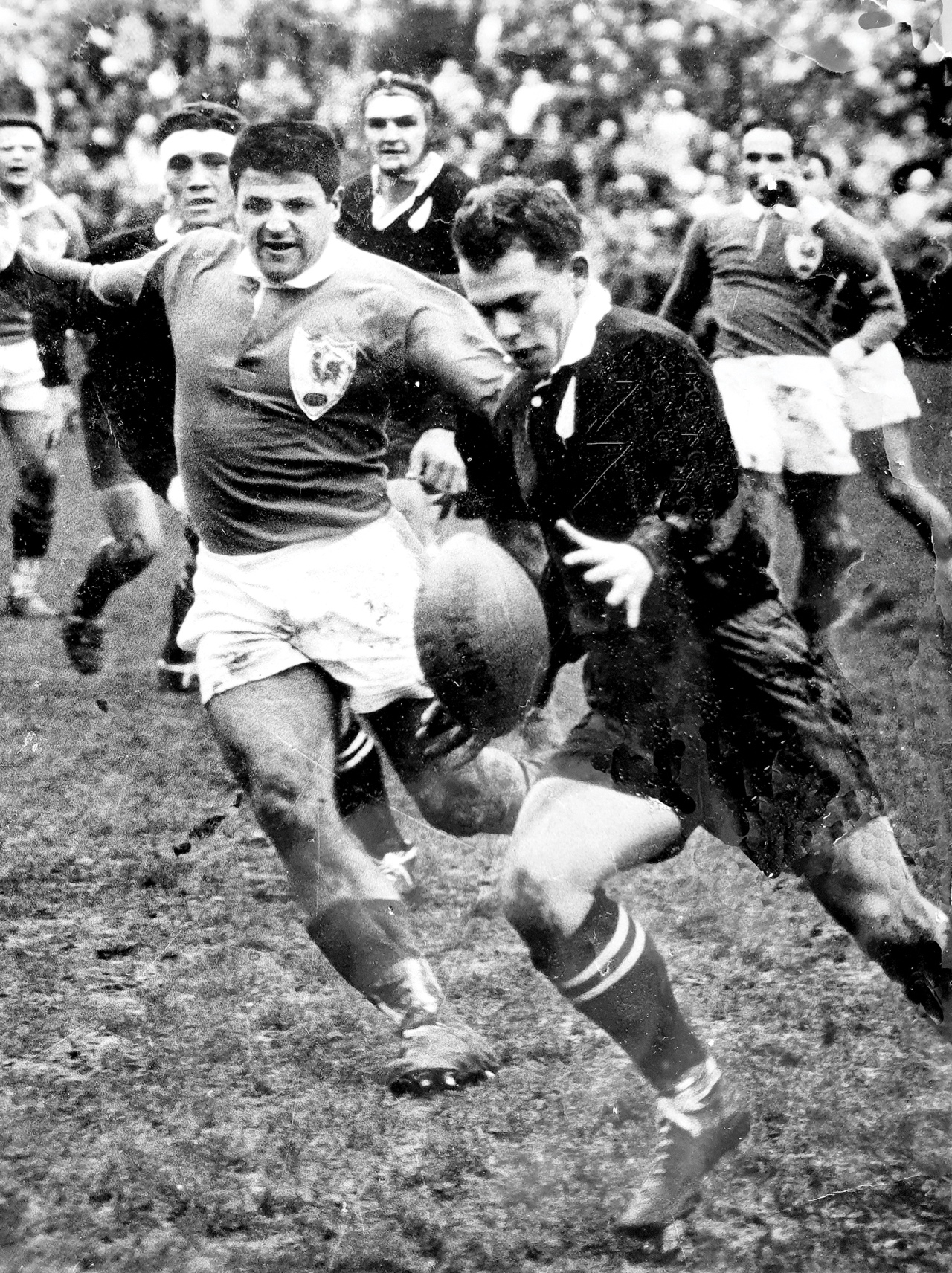 If she was alive today, Ivy Baker would be a very happy woman. Neil Wolfe’s mother-in-law would be delighted knowing her only daughter Raewyn’s marriage to Neil is now 54 years old and as sound as the day their relationship began in 1963.

Of all places, it got serious at Taranaki Base Hospital where Raewyn was nursing. Wolfie had a broken arm and was an angry young man.

Not just angry, but despairing that the serious injury he’d got in a Taranaki rugby match against Waikato would cost him one of the most promising All Black careers in New Zealand history.

After Neil and Raewyn started to get serious following their chance meeting at the hospital, her mum got worried. The Ngāti Mutunga kuia from Pukearuhe in North Taranaki had heard all about All Blacks and she wasn’t impressed.

“I remember the first time I took him home to meet my Mum and Dad,” says Raewyn. “My mother had warned me about All Blacks: ‘They’re no good, just full of themselves.’ She was so convinced he was not right for me. Never mind…she changed her mind.”

Neil recollects he was petrified about meeting Ivy: “But she turned out to be such a nice lady.” Raewyn: “Mum was a very loving person, very kind person…but she called a spade a spade. I think it was because the women were left behind to look after things while their husbands went away to war. They took over the reins.”

At the time of his on-field mishap – when he tackled a Waikato opponent and ended up with a shattered arm – Neil was on the cusp of a significant next step in his newly minted career as an All Black.

Despite being only 20 when he returned home to New Plymouth in 1962 after studying accountancy at Wellington’s Victoria University for three years, he’d already worn the black jersey for two seasons and was a shoo-in to go to Britain with the ABs in late 1963.

The beckoning tour was nothing like today’s brief excursions. It was a 36-match trek around the four “home” countries of England, Scotland, Northern Ireland and Wales, as well as France and Canada.

It was a chance for Neil to cement what already looked like a long tenure in the national team. Despite his angst about how long it would take for the arm to heal, he still hoped to recover in time.

But when the team was announced later that season, it was obvious the selectors wouldn’t take a punt on him. The first five-eighths selected were rivals Mac Herewini from Auckland and Bruce Watt from Canterbury, with Counties veteran Pat Walsh as a utility back.

There was speculation prior to his non-selection that he’d had insufficient time to recover from the All Blacks’ five-test series against Australia. After the All Blacks drew the third test against the close-marking Aussies, Wolfe (and five other players, including Colin Meads) was dropped for the last two tests.

Something that probably didn’t help was the fact he played 37 first-class matches for six different rep teams in 1962. In a rare published comment, he admitted as he returned to Taranaki in late October that he probably needed a rest.

He was back in the national team again for a single test against England the following year, but a few weeks later his career foundered on the broken arm at Hamilton.

Wolfe was regularly invited to trial again for the ABs but without success.

Then, at the main trial in 1968, he was called off the bench in the second half and proceeded to score two brilliant tries. The rugby dynamite (one of his nicknames) was back.

In what amounted to one of the greatest sporting comebacks in New Zealand sports history, Wolfe was chosen by All Black selector/coach Fred Allen to tour Australia with the All Blacks — almost five years after his last match in the black jersey.