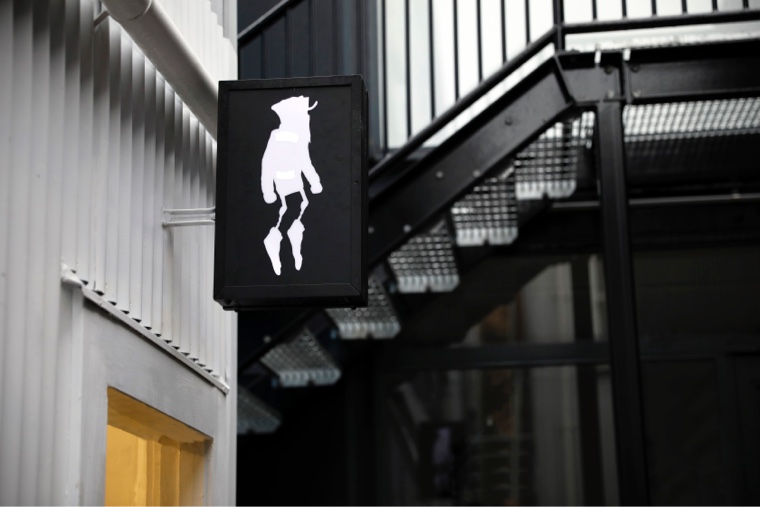 With New Zealand’s borders closed, Nomadic Artist [milarky] has opened RESIDENT GALLERY — his response to “a societal shift in the inability to effectively hold nomadism as the fundamental aspect of a practice.”

After ten years living a Nomadist method of researching and developing work (including a Masters Degree completed in 2018) the artist responded to the globally introduced limit of geographical movements with the opening exhibition in his gallery titled ‘Sedentarisation’.

Since August 2020, Milarky has had six adaptive solo exhibitions in this space, all exploring various focal aspects of this “Reside’ing” approach to being a mobility restricted Nomadic Artist.

After the first Exhibition of 2021 in February, titled ‘Innertia’, the Gallery Space was re-adapted to being an extension of his neighbouring studio space [#MilarkyLaboratories]. It was here the artist developed a series of secret projects, one of which was due to be made public on 15th October 2021; in recognition of the acceptance that Nomadism would not be returning to what it had been anytime soon.

A full body of new work was due to be released in support of the Resident Gallery being reopened to regular public hours, after a full purpose rebuild and extension of the Gallery Space.

During the Taranaki Arts Trail, this new Gallery Space and part of MilarkyLaboratories will be open (without the secret projects visible).

A small series of new works will be released during the Trail weekends though mainly the space will be holding older and experimental works resurfaced from the Milarky Archives.

The Gallery is located in central New Plymouth, and if you can find it, you’re welcome to visit.