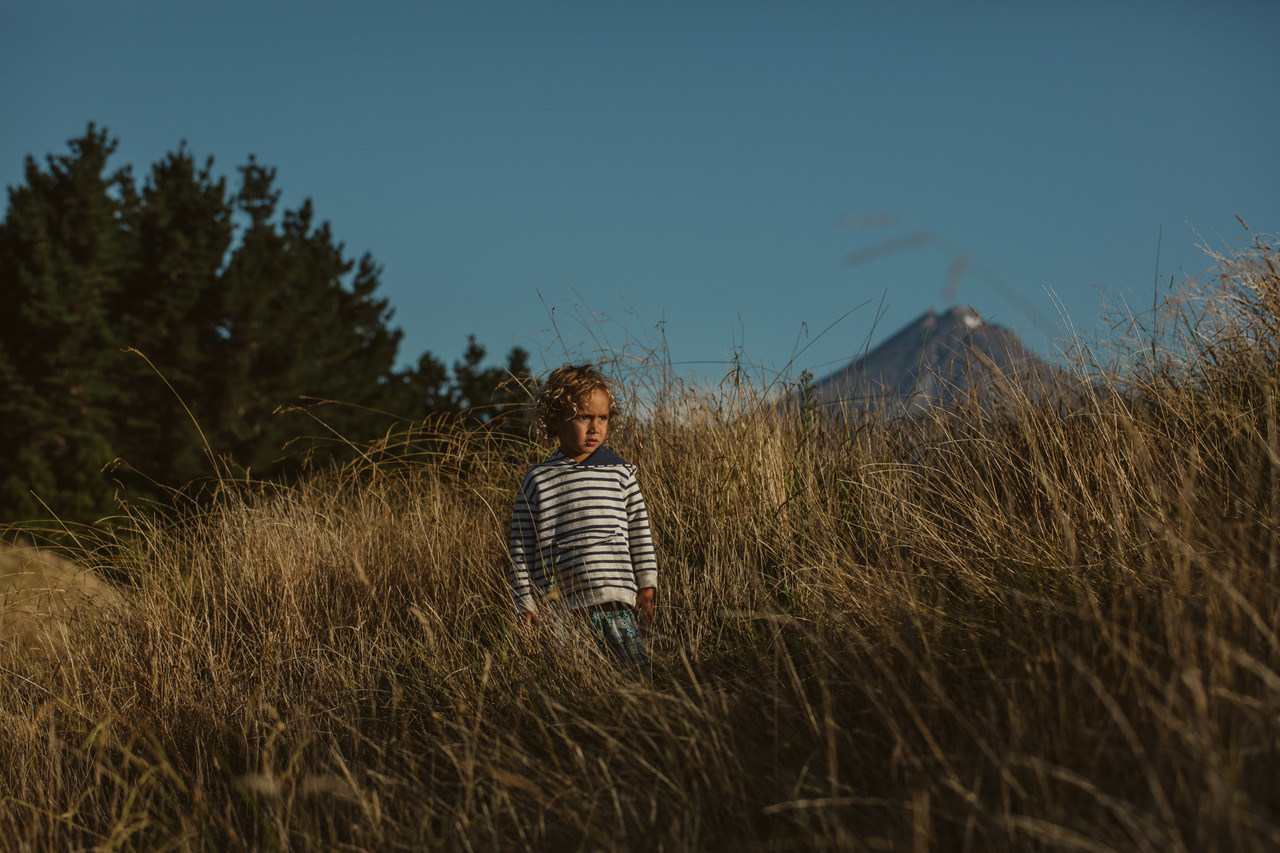 Photo by The Virtue

It’s a project built on passion. Passion for children, the environment and the future. Michael and Rachel Perrett have taken on the challenge of their lives to not only introduce New Zealand to the Green School way of learning, but the world.

Standing upon the picturesque landscape of the Green School New Zealand site, the Taranaki couple’s vision makes sense. Surrounded by a vista of hills, the rolling Oakura river and under the watchful eye of Mt Taranaki, the property they have selected is nothing short of inspiring.

The land remains bare, yet talking with the Perrett’s proves their task list has been anything but since they made the decision to establish an international private school outside the traditional landscape of New Zealand education.

Michael and Rachel’s inspiration comes from Green School Bali, while their desire comes from within.

In 2016, the Perretts ventured to Bali for some rest, rejuvenation, and to attend Green School. Michael was battling a rare blood disorder, while their son had been finding school life in New Zealand a challenge. Very quickly, their lives began to weave a different course.

Deep in the jungle of Bali is a school creating a community of learners with entrepreneurship and sustainability at the core. Developed by Canadian John Hardy in 2008, the school now educates 500 students, hosts more than 14,000 visitors at its bamboo campus each year, and has been the springboard for many global change missions, including the phenomenal Bye Bye Plastic Bags movement created by students Isabel and Melati Wijsen, aged 10 and 12 at the time.

Watching their own children, and those of others, come alive with confidence, awareness and happiness while attending the Bali school is what gave the Perretts a deep desire to provide the same opportunity, close to home.

Green School New Zealand is scheduled to open in February 2020 for years 1 to 8, and year 11. Early childhood and high school curriculums will be introduced as the school and its students grow.

Its elevated structures will be built using the lightest of touches. This is as much a metaphorical action, as it is environmental. While the buildings have been designed by world-renowned companies Space Architecture, Ibuku Bali and Atelier One, it is local companies Clelands Construction and BOON that will execute the build. It is an ambitious project, and one that will continue on after the school opens, however, the Perretts have a plan in place to ensure the school has everything it needs by opening.

Since the project launched two months ago, 53 student applications have been received, along with a further 163 registrations of interest. Additionally, 360 educators have registered as wanting to teach at the school. The overwhelming response has come from 21 different countries.

While the Perrett’s focus is New Zealand, they recently confirmed a third Green School with partners John and Cynthia Hardy, which is scheduled to open two years from now in Tulum, Mexico. Green School South Africa is also in the final stages of agreement.

Hardy says when he and wife Cynthia founded Green School they did not visualise a global model. The positive reinforcement they quickly recieved from around the world, along with the Perrett’s foresight, soon changed that.

“The way I approach things is to do something, nurture it, make sure it works, and if it does work, people will copy it and people will be moved by it,” says Hardy.

Leading the education at GSNZ will be sought-after educator Chris Edwards. Edwards is currently the Head of College at UWC South East Asia in Singapore, one of the largest international schools in the world, with approximately 5000 students.

Of his transition from a school of 5000 to a roll of 85, Edwards says his reasoning was simple.

“The Green School project is not only visionary, but it is essential to the world we live in.

“A world changing this quickly needs young people to enjoy their learning in a radical, relevant environment that fosters the skills and qualities necessary for solving the environmental and social issues that our planet faces.

“The education systems that have got us this far will no longer take us to where we need to be. Green School holds onto and cherishes the best of traditional curriculum and methodology, but it also acknowledges the siren call of the future and is responding with courage, imagination and innovation.”

A common misconception, says Edwards, is that Green School children will simply meander in the bush, play with sticks and dig in the garden.

“There will be sticks, and there will be gardens, but there will also be maths and science and literacy. The difference is, this will be taught through student-guided, hands-on projects that promote entrepreneurial thinking, environmental education, practical skills and the arts.”

Green School Bali had 23 graduates in 2017. Those 23 students were courted by 56 of the world’s top universities and colleges – in person.

Edwards says he was blown away by the scenery, people and innovation of Taranaki when he visited in March. He believes it is the perfect place for Green School – a sentiment echoed by New Plymouth District mayor, Neil Holdom.

“New Zealand has a long history of innovation and leadership and what the world needs now are more environmental entrepreneurs tackling the problems brought on by a rapidly growing population, unable or unwilling to mitigate its impact on our planet.

“We need to support the Green School New Zealand team and help them transform their vision into reality in Taranaki, as a gift to our children.”

As well as classrooms and meeting rooms, there will be permaculture gardens, community and well-being spaces, co-working environments for parents and visitors, community outreach programmes and a green camp for visitors. The school is as much for children as it is for parents, the wider community, and tourists.

A long-term economic impact study estimates the school will contribute $31 million annually to the region through tourism, job creation and infrastructure investment, expat families and teachers, and community programmes.

Venture Taranaki chief executive Justine Gilliland says the international education market is worth $51 million to Taranaki’s economy, and by aligning our strengths with global demand, this could grow.

“Equally important is the attraction of talented residents to help foster a modern and high-value regional economy.

“The Green School’s students and their families will be a welcome addition to the region, bringing new skills, fresh thinking and diverse experiences. From an education perspective, it is also important to have a range of options in Taranaki to suit all student needs.”

The school’s provisional application to the Ministry of Education was officially granted earlier this month. Its buildings, staff and curriculum will be reviewed within the next 12 months to ensure requirements for a full registration, are being met.

One of the teachers tasked with delivering the curriculum is Mark Armstrong. The experienced Taranaki teacher says there are two things about the Green School way of learning that capture his heart.

“One of the things that got me from the start was the way they teach mindfulness and awareness.

“It’s about teaching kids to be confident in themselves. Having the ability to quiet your mind and listen to those emotions, that when left unchecked, turn into this crippling new-age anxiety that we are seeing in our kids.”

The second thing, he says, is how the children think in systems and understand that although they are young and small, they have the ability to affect change.

“They know that if they see a need for change, they don’t have to wait until they graduate university, they can do it now. They put on their entrepreneurial thinking, not in a capitalist way, but in an environmental or social way, and become an agent of change.”

Mark says he saw examples of kids all over Green School Bali approaching assignments and activities with innovation, inquiry and excitement.

“When you hand over the control of learning to your students, that creates ownership, and with ownership you get passion, respect for your environment and school, and you get authentic learning. That is what Green School is all about.”