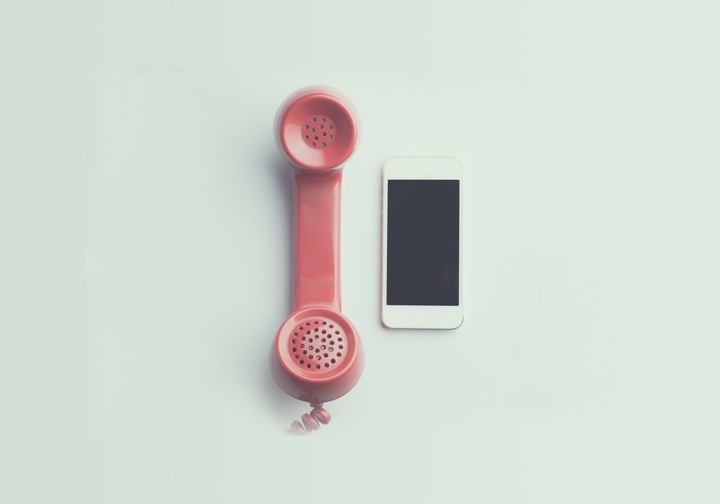 In the past twenty years, mobile phones have largely replaced cameras, roadmaps, encyclopaedias, music collections, watches, alarm clocks, calculators, torches, compasses, voice recorders, calendars, pen and paper, and even the personal computer. Yet the one obvious thing you’d think they would have replaced by now (the clue is in the name) somehow still exists in many households and businesses.

Well, not in my household. As of January, I have no landline. It wasn’t a decision I took lightly. Landlines have been there all my life. I can remember every phone number from every house and flat I have ever lived in, and the numbers of childhood friends from fifty years ago. I can’t help it. We had to remember numbers back then, as we weren’t carrying them on our mobiles. Besides, the etiquette among my parents’ generation was to announce your phone number upon answering a call, so the numbers became etched in my subconscious. Whenever I visit my friend Richard, who now lives in Australia, he always asks me to do an impression of his late mother answering the phone, complete with her Welsh lilt. “Eight two two four ONE two?”

Landlines are reassuring. They are an unfailing reminder of simpler times, when things took a little longer, were a bit more cumbersome, cost a lot more, but were reliable and trustworthy. You knew they would always be there. Like post offices.

Until they weren’t. A few years back, I had a letter I couldn’t wait to post, a particularly self-righteous response to a particularly irksome missive I had received. The sooner I could toss it, frisbee-like, into the back of a postbox with a soft, papery, yet satisfying thud, the better. I marched purposefully into the NZ Post building and stood in line for a minute or two before I began to notice that the décor had changed since I’d last been there. Instead of red, the trim was now green. And instead of “NZ Post,” the logo on the walls said “Kiwibank.” I spent the rest of my lunch hour searching for somewhere I could buy a stamp.

It’s not that I am averse to change, or to new technology. I embraced digital recording when the only professional studio in Taranaki was still using reel-to-reel tapes. My music is available on all major streaming services. I got my first email account in 1997 and my first mobile in 2002. I ride an e-bike and drive an EV, though not at the same time.

For me, the road to landlinelessness was long and winding. It began with the advent of caller ID, which meant that I could see who was ringing me. If I didn’t recognise the number, I’d let it go to voicemail. If it was a private number, it was probably a telemarketer. If it was around dinner time, it was definitely a telemarketer. It got to the point where only three people I knew would call me on my landline. And they all had private numbers, so they all went to voicemail anyway. The rest were telesales, market research, pre-recorded party political messages, scammers and Jehovah’s Witnesses. Plus one elderly lady who left a message for someone called Steven, saying it was time to end their friendship, following a fence dispute. If you’re reading this, Steven, I hope I’ve helped you find closure.

In the end, the choice made itself. The display on my phone gave out, so I couldn’t see the caller ID anymore. My options were to buy a new phone or drop the landline.

I made the change online, all by myself, switching to a new plan that retained my fibre connection, unlimited data, Netflix and other add-ons but cost $24 per month less without the landline. I spend slightly less than that per month charging my EV, so now my original saving on petrol costs has exceeded 100 percent.

It still feels weird seeing an empty space where the phone used to be. But I’ll get used to it. I mean, after 36 years in Aotearoa, I’ve almost got used to having Christmas in summer.