The Evolution of New Plymouth 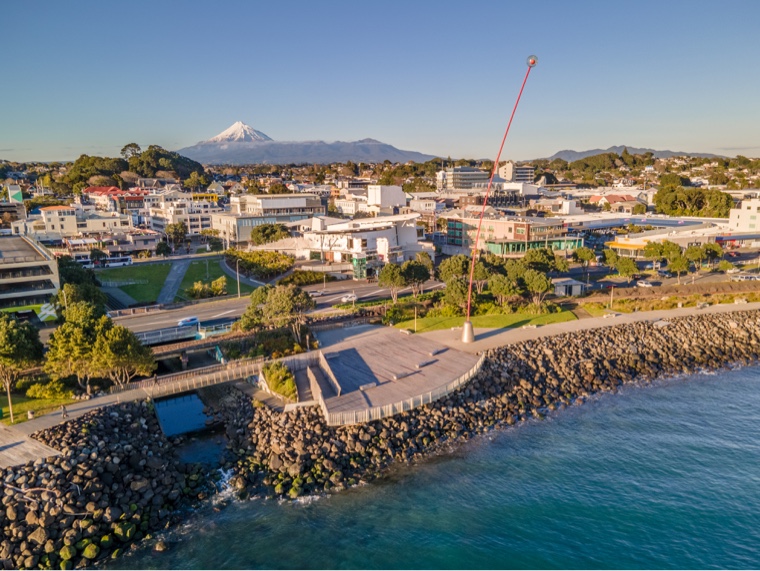 Intro: New Plymouth will need nearly 11,000 new houses by 2048 to keep up with population growth. But how will our communities change as we grow?

From 2013 to 2018 the population living between Bell Block and Waitara shot up by nearly 70 percent.

Areas like Lepperton, Everett Park and Paraite have traditionally been home to farmers and growers, but they’re being swallowed up by the hungry eastern expansion of New Plymouth.

What that means is, this place is going to change. Of course, it was always going to, but how exactly? And what will that mean for the way we live?

More and more people are living here – either moving to Taranaki or being born locally. But who are these new neighbours, colleagues and fellow commuters?

New Plymouth is much less diverse than the rest of New Zealand. Census data from 2018 shows 84.8 percent of the city’s population is European, compared to 70 percent nationally.

Just under 16 percent of people in Taranaki were born overseas, nearly half the national figure of 27 percent.

Closed borders due to covid means this ethnic makeup isn’t likely to change significantly any time soon, though immigration won’t be stalled forever.

What will change, though, is the age of our people.

Taranaki Regional Council reports that around 19 percent of the region’s current population is aged over 65. By 2048, that number will swell to nearly 30 percent – the largest increase of any age group in the region.

Work is already underway to support an older population. TRC data shows 13 percent of all Residential Building Consent Applications in the last five years have been for retirement village units.

It expects changes to the New Plymouth District Plan to result in more small, multi-unit dwellings being built, suitable for the needs of older occupants.

New Plymouth’s surging property prices are believed to be having an impact on the types of people that live in different areas.

Tracee Pigott, a real estate sales consultant with Property Brokers, has been selling homes in the city for 18 years. She says areas that may once have been less desirable are now selling for prices beyond what many people can afford.

“A house on Parsons Street sold a few months ago for $607,500, which was a record price for the area. But it’s a solid home and it’s close to town — people are realising there’s nothing wrong with Parsons Street.”

Pigott says areas like Spotswood and Marfell are definitely changing, and property prices are a big part of the reason why.

“It will definitely change communities, but it’s difficult to know to what extent. If you look at what happened to Ponsonby in Auckland — it’s an older example, but it shows how suburbs that aren’t generally considered desirable can transform into ones that are. We’re not at that level here just yet, but it’s the same kind of phenomenon.”

Marfell is also the new home of Discovery Development, a 68-house government KiwiBuild project, designed to help low and middle income earners into their first homes.

The scheme was initially criticised by some as state-sponsored gentrification, where those already living in these affordable areas still couldn’t afford to buy a KiwiBuild home.

There isn’t much strong evidence to support this theory as yet, and with plans to finish and sell the last of the Discovery properties this year, time will tell whether that’s happened.

Tracee Pigott is also seeing a change in where young families are living. Rather than buying doer-uppers in town, (or trying to and getting out-bid) many are opting to build new, lower maintenance homes in places like Bell Block.

She says houses close to the CBD are increasingly being “bought and bowled” by older couples. They’re often replaced by multi-million dollar homes that the owners intend to enjoy deep into their retirement.

On top of that, you have inner city development. It’s not uncommon to hear of large sections in prime locations being subdivided. Pigott says she used to live next door to one Lemon Street property that’s being turned into eight titles.

This is another example of how property prices end up impacting both the demographics within a community, and the overall look and feel of neighbourhoods.

Surely no city in the world has space for 11,000 new homes within its boundaries, and New Plymouth is no exception. The city is expanding outwards, and NPDC is in the middle of a large piece of work to update its District Plan accordingly.

The council has identified a number of growth areas, both for residential housing and commercial activities. The majority are east or south-east of New Plymouth.

Council has ring-fenced 350 hectares around Smart Road, 105 hectares between Bell Block and Airport Drive, and 75 hectares between Egmont Road and Henwood Road for growth. Smaller blocks around Waitara, Onaero, Egmont Village, Inglewood and Ōkato will spread things around slightly.

Interestingly, anecdotal population growth around the coast to the west of New Plymouth doesn’t appear to be backed up by census or NPDC figures.

In the last 14 years, NPDC has rezoned large areas of rural land to support the city’s growth. This includes both residential and commercial land, and again, a number of these areas are east of the city.

Waitara Community Board Chair Jonathan Marshall proudly recalls the day he moved to the town — February 7, 1977. He says you can “absolutely” notice the growth in that time, particularly recently, and he expects it to only intensify.

“We think we’ve had growth before, but more is coming. The growth we’re seeing is going to extend past Airport Drive and keep coming this way.

“It’s not surprising because cities have always grown on the side that’s closer to the centre of commerce. In the case of New Plymouth, that means towards Auckland. The same happens everywhere – Hamilton, Palmerston North, you name it.”

Marshall says any new growth area needs to be supported by infrastructure spending to allow it to keep up with its swelling population. He cites Watara’s water infrastructure as being old and strained already, and then there’s the issue of footpaths.

“We have an older community, and when our elderly want to get out, they often don’t have a footpath to walk on. Or worse, they’re on a mobility scooter — they can’t take it on the road, and they can’t drive over swampy areas or rocky driveways.”

Taranaki Regional Council has looked at future infrastructure requirements, and believes nearly $130 million needs to be spent to support future population growth over the next 30 years.

Farming has always been a core part of Taranaki’s economy, though as the city grows, it eats into productive land. But could it bite the hand that feeds?

Federated Farmers Taranaki President Mark Hooper used to graze the land between Bell Block and Ngamotu Golf Club, and remembers it as being quite productive. It still is, except these days it’s growing more housing than heifers.

Urban creep is a big issue nationally, with a report from the Environment Ministry and Stats NZ earlier this year raising concern over the loss of our most productive land to housing.

Hooper says that’s not so much of an issue here, because there’s plenty of scope to push farming and growing away from the city.

“Our current housing situation isn’t having a large negative impact on the market, but it is still something to think about,” he says.

“Growth closer to the city affects a few farms, but the hinterland beyond that expands much further with lifestyle blocks. That chews up much more land.

“It’s a catch 22 for farmers because if you’re within a reasonable proximity to the city, demand for the land is high. You can sell off a couple of lifestyle blocks from your title and they might be worth up to $400,000.”

The houses we live in are getting smaller, and section sizes are reducing too. As we grow, this trend is expected to continue.

“People don’t tend to want big backyards anymore. Smaller sections are easier to maintain, and we’re not making more land, so it’s more about what you can do to use land more efficiently. If you’re making large sections, you’re just going to increase urban sprawl further out of town.”

This is a significant trend, because developments are likely to play a big role as we attempt to build the nearly 11,000 homes we need to match our population growth by 2048.

Bland says new green field developments are a much more efficient way to supply the market than one-off builds. However, he believes it’ll require a lot of work to build that many homes, and expand the infrastructure they require.

“Consenting and obtaining approvals for new developments is becoming more challenging and taking much longer, which isn’t good when we’re trying to keep pace with demand.”

These minimum sizes vary by location and zoning, and are based on factors such as access to shops and other facilities.

What does this all mean?

As communities grow and change, some things have to change with them.

For example, the way those communities are represented. NPDC is in the middle of a Representation Review, which it’s mandated to do every six years to ensure the makeup of its elected council reflects the community equally and fairly.

Future growth may mean changes to ward boundaries or the number of representatives from a particular area that can be elected onto council.

Our future growth may require changes such as these, but ultimately they don’t fundamentally alter day to day life in a significant way.

In Waitara, census data shows the population grew by 10 percent from 2001 to 2018. That’s slightly less than the projected growth for New Plymouth in the next few decades, but it’s in the same ballpark.

Jonathan Marshall says Waitara is still much the same as it’s always been. Yes, there are more people, and yes, green spaces have been developed into housing, but he says the things he’s always loved about Waitara are still there in abundance.

“It’s a community — it’s not a town or a city. Like it or love it, we still know each other and we still have that formula where we bump into someone, we ask what their last name is, and straight away we know their family and who they are.

“We don’t need to be scared of growth — it generally means things get better. Services, supplies, providers … I have no concerns about growth as long as we look after our community.”