The Countdown to Zero Waste 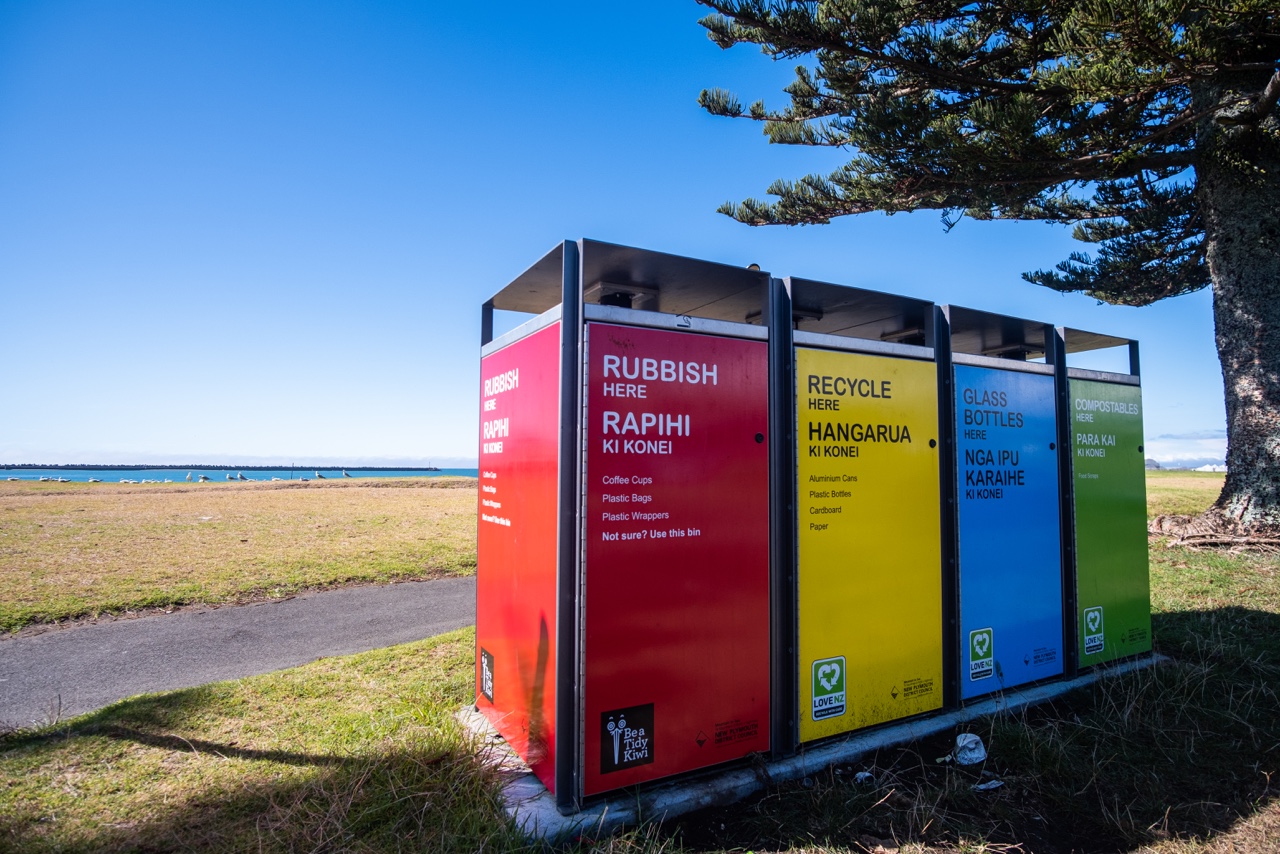 In 2016, when the New Plymouth District Council asked residents what the priorities should be in its Top 10 Focus Areas community conversation, Zero Waste was the No.1 pick.

More than $21 million was allocated for investment in Zero Waste initiatives over the next decade and Manager Resource Recovery Kimberley Hope says it’s exciting to see that investment bearing fruit.

“We know there’s still a long way to go on that journey but it’s awesome to see game-changing projects starting to make a difference,” says Ms Hope. “My team is giving Zero Waste 110% but it’s very much a collaboration between NPDC, our community, green partners like Sustainable Taranaki and Waitara Initiatives Supporting Employment Trust (WISE), iwi and local businesses. We’ll only get to Zero Waste by working together — drastically cutting down what goes to landfill while helping everyone to reuse and recycle more.”

The biggest project of the year has been the rollout of the new landfill, recycling and food scraps bins to 28,500 households across the district. Results after the first three months (Oct, Nov, Dec 2019) are encouraging with a 25.7% reduction in waste going to landfill and an 18.1% increase in recycling.

The actual amount of total waste generated by New Plymouth district residents (rubbish, recycling and food) was higher (7.7%) for the last quarter of 2019 than the same quarter in 2018 so waste reduction is one area the district can improve on. (Though definitive figures aren’t yet available, it is unlikely that the NPDC population grew by 7.7% during this time).

Residents generate an average of 16kgs of waste per household every month.

Three trucks of rubbish per day (Mon – Sat) are sent from NPDC to the privately-owned Bonny Glen Landfill near Marton.

“No minimum tonnage is required and we only pay for what we send. The 35-year agreement saves money, reduces risk, delivers long-term certainty and provides real incentive to minimise waste.”

The council did investigate sending the waste by rail, as a line runs right next to the facility, but the cost of upgrading the rail system was prohibitive. “Also, we would have to store waste for several days in order to fill the rail wagons which would likely lead to odour and pest issues.”

The food scraps bins are diverting about 40% of food waste from the landfill with 465 tonnes of food scraps sent for composting during the period.

However, a quick glance on most city streets reveals only about half of all households are using the food scrap bins. When LIVE asked some residents why they didn’t use the bins a couple replied that food scraps are biodegradable and will break down when sent out to sea.

“Food can’t be treated by the processes at the wastewater treatment plant,” points out Ms Hope. “When people use insinkerators the food goes through the sewer network and then gets picked up in the screens at the beginning of the wastewater treatment plant. Because they are contaminated with sewage, these screenings are sent to landfill as they not suitable for composting.”

Other residents didn’t like the smell of food scraps in their bin and were worried it would attract flies and rats.

The latch stops vermin from getting inside, Kimberley points out. “If you’re putting meat in the bin, you can store it in your freezer until it has to go in the bin. You can also wrap food in newspaper (or paper towels) to help keep in any odours.”

As for the recycling bins, often they can be unintentionally contaminated by a few non-recyclable items, resulting in the whole bin load going to the landfill.

At several public places, multi-coloured bins are popping up to allow for more recycling.

“We’ve installed colourful bins at popular spots like Brooklands Zoo and Ngamotu Beach plus we used recycling bins at this summer’s TSB Festival of Lights and when the Sky Sports Breakers played at the TSB Stadium in January.”

“We are also excited about the opening of our new recycling and education centre The Junction in 2020. It will be developed in stages to become a community destination for Zero Waste and reuse education, including areas to drop off recyclable materials, sell reusable and upcycled materials, and hold workshops.

“The journey to Zero Waste continues to be a collaboration as we all work together to find ways to go greener and cut down what we throw away.”