The Big Plans for New Plymouth 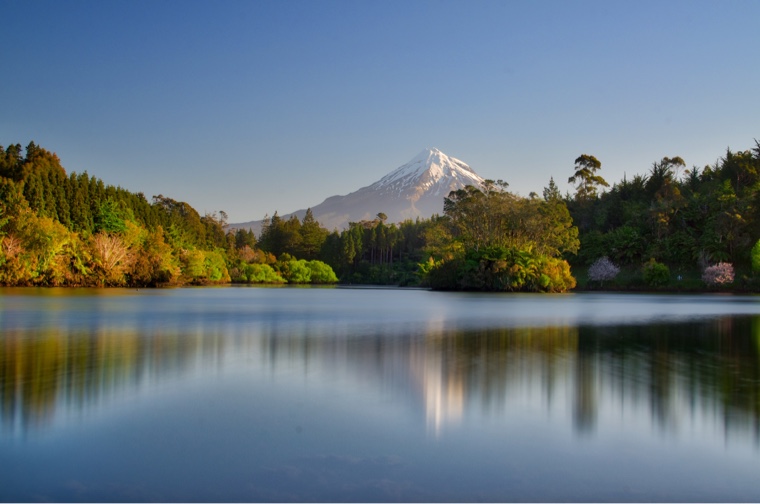 Fixing the Plumbing is the main concern of New Plymouth District Council in its Draft Long Term Plan (2021 – 2031), released for consultation at the beginning of this month.

Mayor Holdom says the draft 10-year budget, worth about $3b, is about reinvesting in and clearing the backlog of water infrastructure upgrades, a problem that councils are facing around the country.

“There has been a chronic and systematic underinvestment in these basic services that our residents expect us to look after, deliver safely and not run down,” he says. “Everyone wants safe drinking water and sewage kept in pipes, not polluting our environment.”

For the average urban household, it will translate to an increase of about 9.7% or $231 for the next financial year.

“I urge you to read the draft plan and let us know what you think,” says Mayor Holdom.

“We’ve had early conversations with the public called the Top Ten Kōrero, with more than 9,400 responses from residents. We’ve taken that on board and come up with a proposed 10-year plan, which isn’t set in stone and is out for public feedback this month.”

Some of the big projects vying for inclusion are:

As Kiwis, we expect safe drinking water and to take a dip or gather kai from our beautiful rivers.

“Since the Global Financial Crisis we have underinvested in the 1,700 kilometres of pipes that make up our Three Waters network; drinking water, wastewater and stormwater,” says Mayor Neil Holdom.

The Government has admitted it’s a national problem. Some pipes in the New Plymouth district are more than 100 years old and don’t suit changing weather patterns.

“They haven’t been regularly serviced, are tired and run down. No money was invested to look after them on a regular basis (renewals).”

An independent report (by GHD, a global engineering company) says 25% of our drinking water pipes and 45% of our sewer pipes are in poor condition. It says there is a backlog of $126m worth of assets that have reached the end of their operating lives.

“We need to get on top of it now, before it gets even older and begins to fail on a more regular basis.”

An example of the precarious nature of our water network was when ex-Cyclone Gita broke a main water pipe in February 2018, leaving a quarter of New Plymouth District without drinking water for several days.

To fix the problem properly, it could cost as much as $300m over the next decade.

“We’re proposing to look after and reinvest in our critical water network to the tune of $248m over the next 10 years.”

One way council is considering addressing the problem is to think about introducing water meters in every home.

“We’re making some progress driving down the average use, but we remain one of the thirstiest places in NZ, nearly double that of Auckland,” says Holdom. “At the moment we’re all charged a flat rate for water which is less than a dollar a day and how it is used often goes under the radar. Water meters will focus us all on saving water and residents will only get charged for how much they actually use.”

The plan could reduce our usage by up to 25%, reducing water network upgrades by about $121m over the next 30 years.

In Waitara, some residents are calling for repairs to the town’s stormwater system to help avoid regular flooding. About $20m has been earmarked as the first stage in fixing the stormwater system.

Covid has meant NPDC is projecting a $5.4m deficit in revenue this financial year, though they’ve already rolled $3m of savings into the this to date.

“We’ve reduced our core costs by strong vacancy management, reduced staff costs, lower inflation and interest costs, and general operational efficiencies,” says the mayor. “Like many in the corporate and private sector, most of our staff didn’t get a pay rise this year. We’re carrying on this drive for operational efficiency across our draft 10-year plan. We’ve gone through our budgets, line by line, to look at where we can be more cost effective.”

But tightening our belts does not mean under-investment in core infrastructure.

After Fixing the Plumbing, the next highest spend is a projected $153m on Transport Upgrades.

The council looks after about 1,300 kilometres of roads and 500 kilometres of footpaths, about 250 bridges and culverts, more than 8,000 street lights and thousands of traffic signs and traffic lights, and a host of other assets that keep our District moving. Most of this investment involves safety improvements, projects to avoid traffic jams, supporting active and public transport, and looking ahead at population and traffic growth and new types of transport.

The council wants to work with hapū and iwi to plant 10% of our urban landscape. That’s another 34 hectares of urban forest across the District over the next 20 years and would cost about $2m in the first decade.

Meanwhile, the region has made some great progress towards Zero Waste 2040 but we are still sending some 60,000 tonnes of waste to landfill each year. More than half of that rubbish is commercial and industrial waste, so do we need a dedicated recycling facility for this waste? Approximately $658k has been allocated for a commercial-industrial facility in the draft plan and another $1m for a potential organic waste plant.

“Our Climate Action Framework looks at how we can reduce emissions and plan ahead for weather changes,” says Holdom.

The council is also proposing to invest $1m to electrify the NPDC car fleet over the next decade.

With more than 1,600 hectares of green space and 82km of walkway, New Plymouth district is spoilt for choice — but can we make it even better?

There are two big areas for consideration in this proposed 10-year plan: continuing the award winning Coastal Walkway from Bell Block to Waitara and further development of the Taranaki Traverse, an epic cycling and walkway from Mountain to Sea.

The price tag for extending the Coastal Walkway from Bell Block to Waitara is about $26m. Waka Kotahi/New Zealand Transport Agency is expected to pay about half of that.

The cost for continuing the work on the Taranaki Traverse is about $1m for planning, land acquisition and consenting (Waiwhakaiho corridor and Kaitake Trail).

Paying it forward for our kids

The Taranaki regional sports trust would like to build a multi-purpose hub. This would likely include a purpose-built indoor stadium, hockey turf, grass fields and road upgrades. Currently there are many organisations competing for space in old facilities.

A modern sport and recreational hub would be able to hold national sports tournaments along with major lifestyle events like kapa haka.

“Using a phased approach, we’re suggesting setting aside $40m for this project which would pay for about a third of it,” Holdom explains. “Building the proposed hub is earmarked for year six, allowing Sport Taranaki time to raise the rest of the cost.”

The site at the current New Plymouth racecourse was selected by experts because of its size, central location and contour. With thousands of school students within walking distance, connections to Pukekura Park and the central city the visible, accessible site has existing sporting and community connections.

It is also close to major transport routes and planning specialists will be working with the designers and New Zealand Transport Agency Waka Kotahi to complete a detailed transportation assessment including parking and traffic flow.

If the Multi-Sport Hub is adopted into the long term plan, NPDC would contribute about $40m to the costs over the next 10 years plus annual running costs of $11m. It will be a foundation investment that will allow funding to be secured from a range of sources.

Sport Taranaki CEO Michael Carr said the project was a once-in-a-generation opportunity that would have far-reaching community and health benefits.

“This hub will be much more than sporting facility, this will be a focal point for a more connected and healthy community.”

Schools, sports codes, businesses and health professionals were all behind the proposal, but it was vital everyone took the chance to submit in support to ensure it stays in the plans, Carr urges.

Timing of the project was also crucial, and the preferred Option 2 has the project starting in Year 6 of the LTP, 2026.

Sport Taranaki would like to see the project started in 2024 (Option 3), two years earlier than the Draft Long Term Plan allows for.

“Our community need is now and so many people have been waiting too many years already. “Starting the build faster in 2024 gives plenty of time for planning and construction.”

Council says in its Consultation Document that while there is no real cost difference between options 2 and 3, starting construction in 2026 allows better phasing of their capital programme.

The dollars in a nutshell

To help offset the costs of the proposed Long Term Plan, NPDC is proposing to debt fund $31m of three water upgrades (renewals), to be repaid over 25 years, so the burden of cost is shared among the different generations of ratepayers.

The council is also proposing to increase pool fees by a dollar; increasing burial plot fees and burial costs; and reducing operational hours at some public facilities, like the Govett-Brewster Art Gallery/Len Lye Centre and/or libraries.

“Other levers we could consider would be using our reserves, creating new revenue streams, selling low-use land and buildings and identifying further operational efficiencies,” says Holdom.

Members of the public can access a digital version of the Consultation Document and supporting information at: newplymouthnz.com/10years

There are also printed surveys for residents to fill out at NPDC customer centres around the District.

Printed copies of the Consultation Document can be obtained by contacting NPDC.