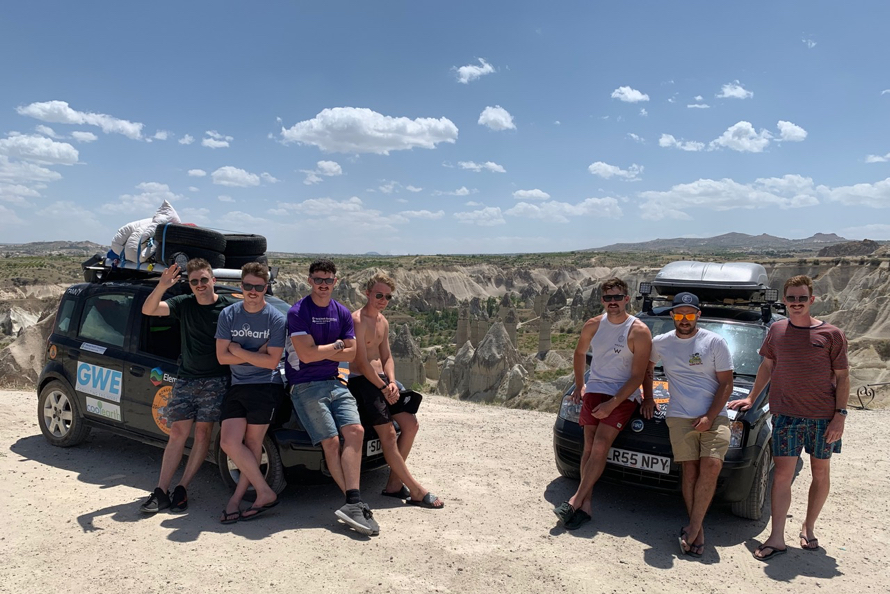 Small cars, a vast landscape, cooking on the street, incredible vistas and near-constant photo opportunities, great hospitality and wonderful food at the edges of civilisation, sweaty T-shirts with hilarious nicknames on the back, toolkits at the ready and jandals on accelerators, camaraderie, the gates of hell, a few beers, an ever-increasing tally of lost mobile phones, dodging bullets and throwing stones, all the while growing some questionable facial hair. It can only be a car rally.

Local lads Cam Brewster and Matt Simpson joined forces with a few other Kiwi lads, Stewart Marshall, David Shaw, Gray (yes that’s Gray but to confuse things, the guys call him Gary) Morrow and George Muschamp to take on this year’s Mongol Rally — a 100 day expedition over 27,000kms across 23 countries.

“We’d heard about it and thought it sounded like fun,” says Cam. “We’d all been through uni together, where we flatted together and then we’ve been working for a few years since graduating, but we were ready to take the next step and head overseas and doing it all in the name of charity convinced us it was the right thing to do. We’ve all quit our jobs for this and bought one-way tickets, so really the rally is only the beginning of something much bigger for all of us.”

Their vehicles of choice were two Fiat Pandas, because, after all, who amongst us hasn’t asked themselves “I wonder if the engine mounts on a Fiat Panda would endure a trek across the Gobi Desert?”

Yes, it takes a special person to look at a small, Italian city car with an 1100cc engine and see adventure that extends beyond the local supermarket carpark. Especially an adventure that will cover the continents and mountains of Europe and Asia, the halfway destination of Mongolia and almost thirty thousand kilometres. The journey has to be unsupported and there is no set route, but participants must raise money and awareness for charity along the way. Just like the Mongol Rally website says: Motoring stupidity on a global scale.

The Pandas were dubbed Fanny and Bessy, and each car consisted of a separate team, Goodbye Pork Pie and Hello Pork Pie.

As is to be expected on any international expedition in a far-off land, there is a large Kiwi contingent in the 2019 Mongol Rally, with more than 70 New Zealanders as parts of various teams. The Pork Pies travelled in convoy with nine other Kiwi teams (a total of 40 participants) across Iran.

The event was launched on July 22 from an abandoned missile bunker deep in a forest in Czechia, (with a Mad Max-themed party, which on its own looked like it was worth the journey). It’s not all silliness and a chance to polish up one’s stunt driving skills however, as there is a serious side to this quest too.

“We’re aiming to raise money and awareness for two very important causes,” explains Cam Brewster, “the first one being Mental Health Foundation of New Zealand. Mental health is sadly a problem all too common in New Zealand … so we’re using this rally experience as an opportunity to bring awareness to and raise money for this mammoth issue. Our other cause is Cool Earth, which is aiming to prevent global warming by halting tropical deforestation.” So far the lads have raised $3,800 (https://givealittle.co.nz/cause/goodbye-pork-pie-mongol-rally-2019).

Rally rules state that all vehicles entered must have an engine capacity of 1,200cc or less, so there are a lot of Fiat Pandas, Toyota Starlets, Nissan Micras, etc on the rally.

Fanny and Bessy were purchased in London by Dave, as he was already living there. Two little cars advertised on Gumtree.com that were completely unaware of the fate that awaited them at the hands of a bunch of crazy Kiwis and some of the world’s most inhospitable landscapes.

The lads haven’t been doing it all on their own however, as they have a number of sponsors helping keep them on the road; Prolan, Landpro, Taranaki Geophysical Services, Elemental Group, Vetco, Waitangi Terrace Station, GWE Consulting Engineers and Grandad’s Grass. Cam says particular thanks must be expressed to Prolan who organised the freight of a replacement gearbox from England to Czechia for one of the cars when the original one failed before the rally had even started.

In fact, the Pandas left a trail of broken shock absorbers, clutches, wheel nuts, engine mounts and a few muttered expletives from the drivers along the trek.

“There were definitely some long days and usually the only times that we were really over it was after a 12hr+ day of driving when it’s 4am and we are just trying to find a good campsite or cheap hostel,” reckons Cam. “At this point you have mentally clocked out for the day but are still having to push on until you find something.”

But the low points only made the high points even more special. In Turkmenistan, the lads discovered the capital city, Ashgabat, which they described as being like a cross between Las Vegas and North Korea and featuring the highest concentration of white marble buildings in the world.

Although they didn’t know it at the time, the president of this country considers black cars to bring bad luck and as both Fanny and Bessy were black, this may have had something to do with the teams being followed to the border, rather than their exuberant drinking after a week of sobriety in Iran. Yes, bumbling along in little cars is all fun and games until you get stopped at night by men with guns who helpfully tell you to avoid your chosen route as there are some other men with guns in that area who will shoot at you. This is probably when the boys wished the “V12 Turbo” written on the engine cover in white marker pen wasn’t just scribbled there as a joke.

Even though their cars were pumping out a feeble 54 horsepower, it was still more than the one manpower of a cyclist they happened upon on the Pamir Highway in Tajikstan. His bike was kaput, so it was strapped to the roof of one of the cars and somehow they found enough room in the car to give him a lift to the next town.

As I sit down to finish this story off, I get word that the lads have made it to the finish line in Fanny. Bessy wasn’t so fortunate. To answer the original question of whether or not the engine mounts on a Fiat Panda can endure a trek across the Gobi Desert, well the answer is both yes and no, as while Fanny heroically held it all together, Bessy’s engine actually fell out somewhere in the middle of the desert.

“At that point there’s not much you can do but laugh about it,” says Cam. “We ended up hanging the engine off the spare tire strapped to the bonnet and towing it with the second car. This was also fairly tedious as we could only go about 30kmph so it was a long last few days. But we got there!”

“The day we sent Bessy in to get scrapped was the happiest we have seen Dave during the whole rally!”

Reflecting on the journey, Cam says it has helped removed some stigma from countries with a bad reputation.

“For example Iran was a country that we were warned about travelling to multiple times however it ended up being one of my favourite countries. The hospitality there was amazing, with us being invited to stay at strangers’ homes every night. They do not like their government and want to leave but can’t. I knew immigration was a difficult process for a lot of people however hearing first-hand stories makes it a lot more real and personal.”

The trip also made him want to learn another language as he realised that New Zealand is one of few countries that only speaks one language, making communication difficult.

“It was also a stark reminder that Kiwis talk very fast, mumble, and have a strong accent. Most of our communication attempts consisted of pigeon English and hand gestures.”

Now that the rally is over, the team are all heading their separate ways.

For Matt and Stew however, they are intending to drive Fanny back through Russia, because apparently twenty-seven thousand kilometres and twenty-three countries in three months just isn’t enough! 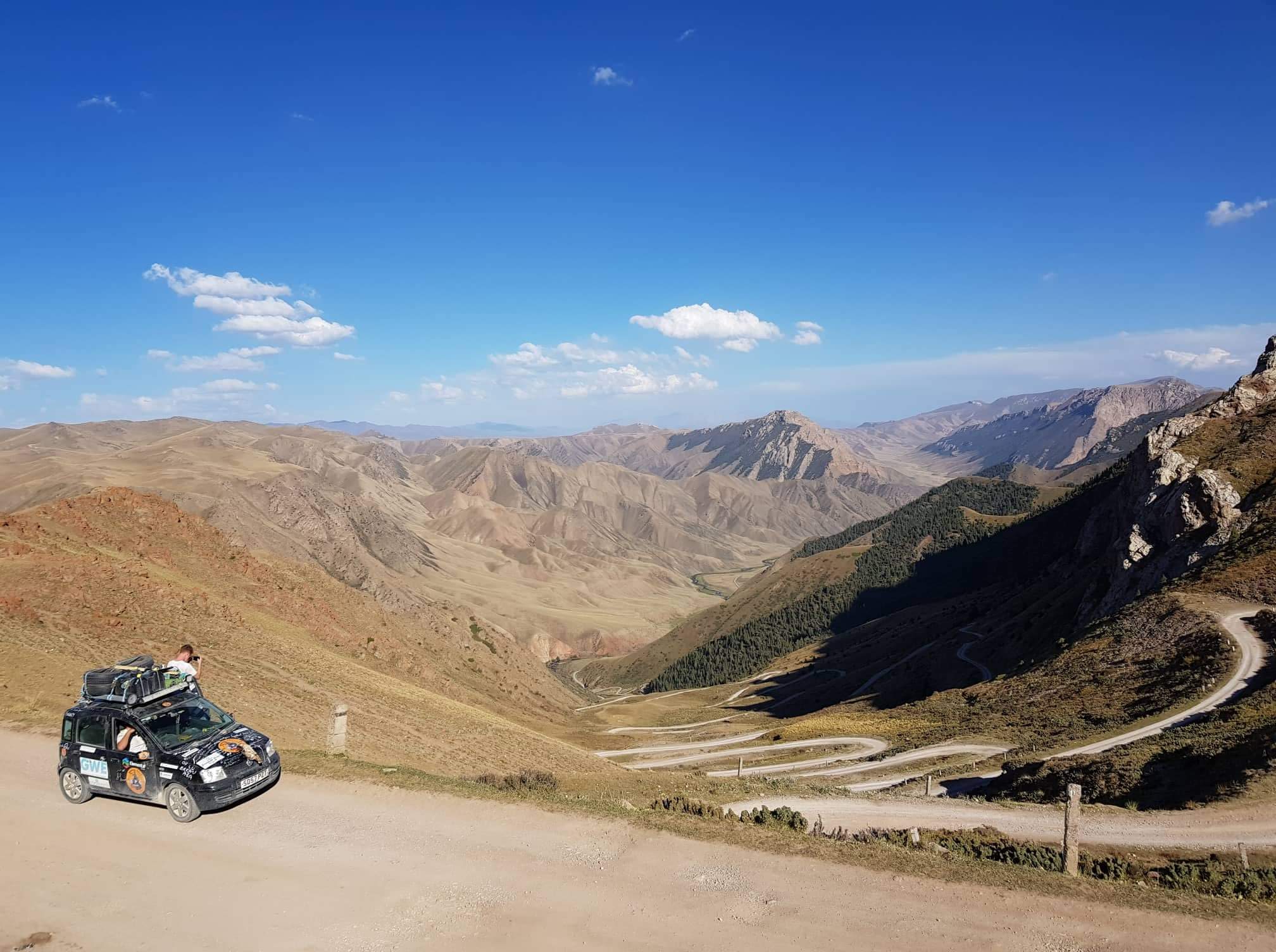 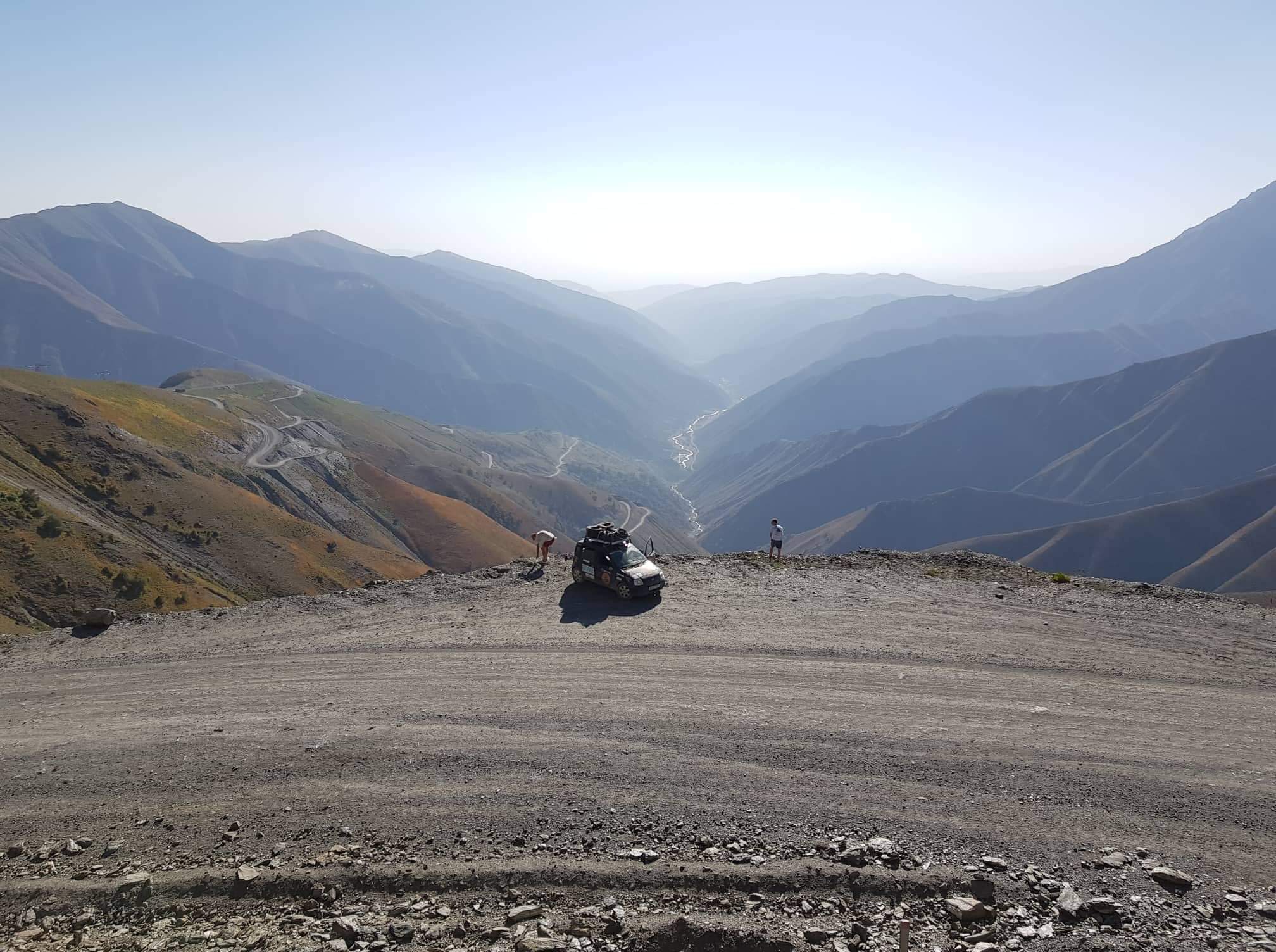 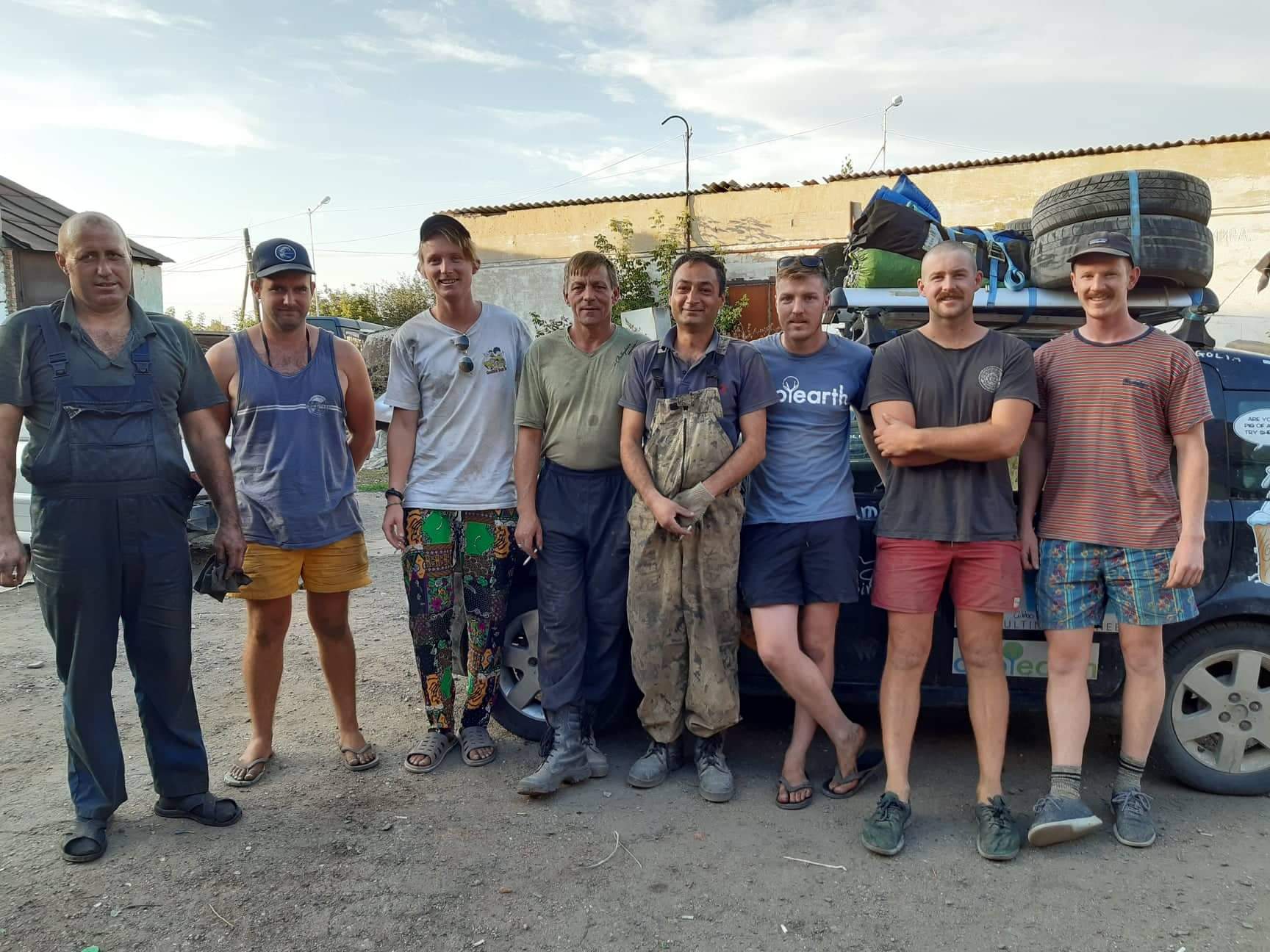 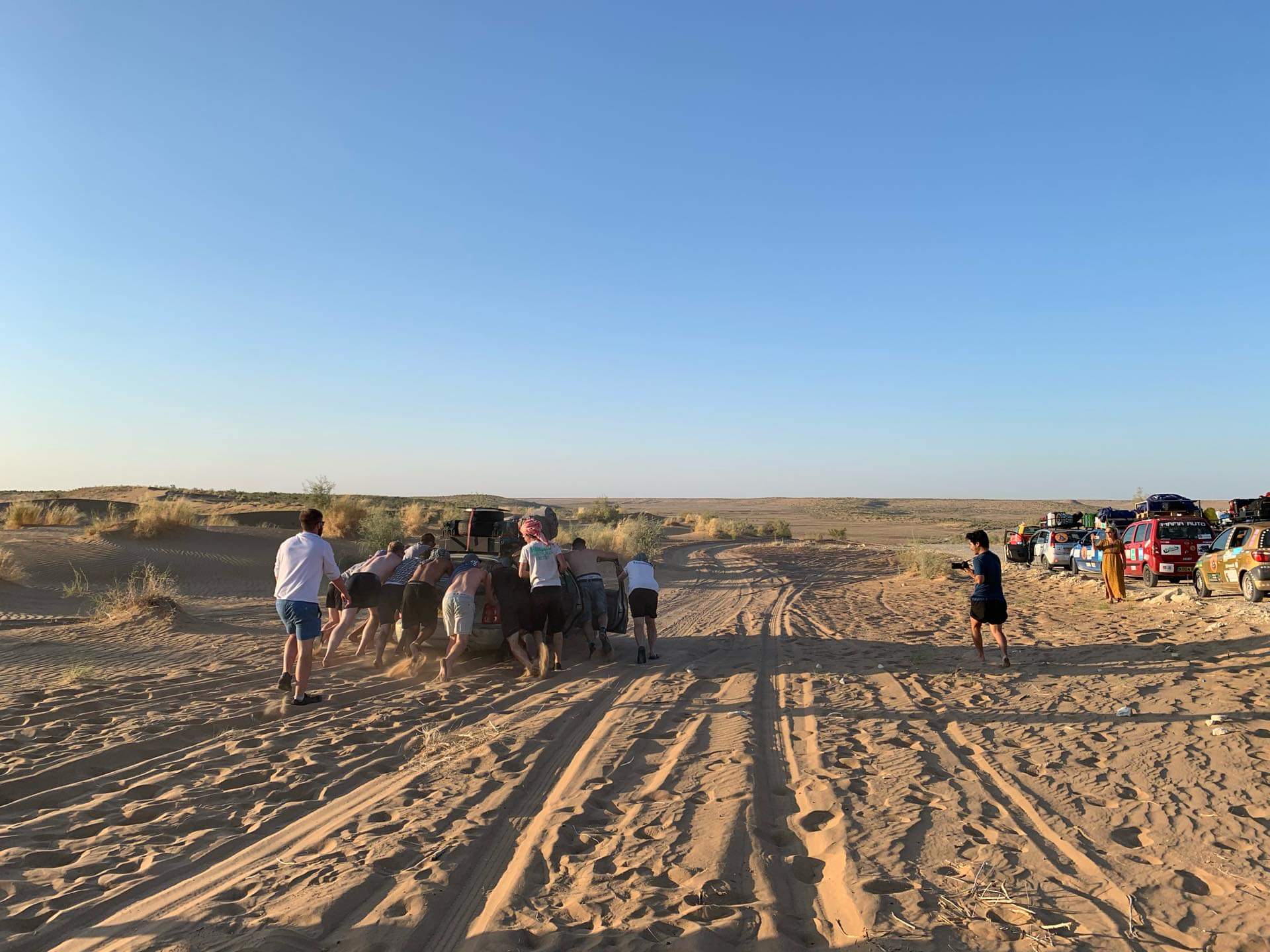 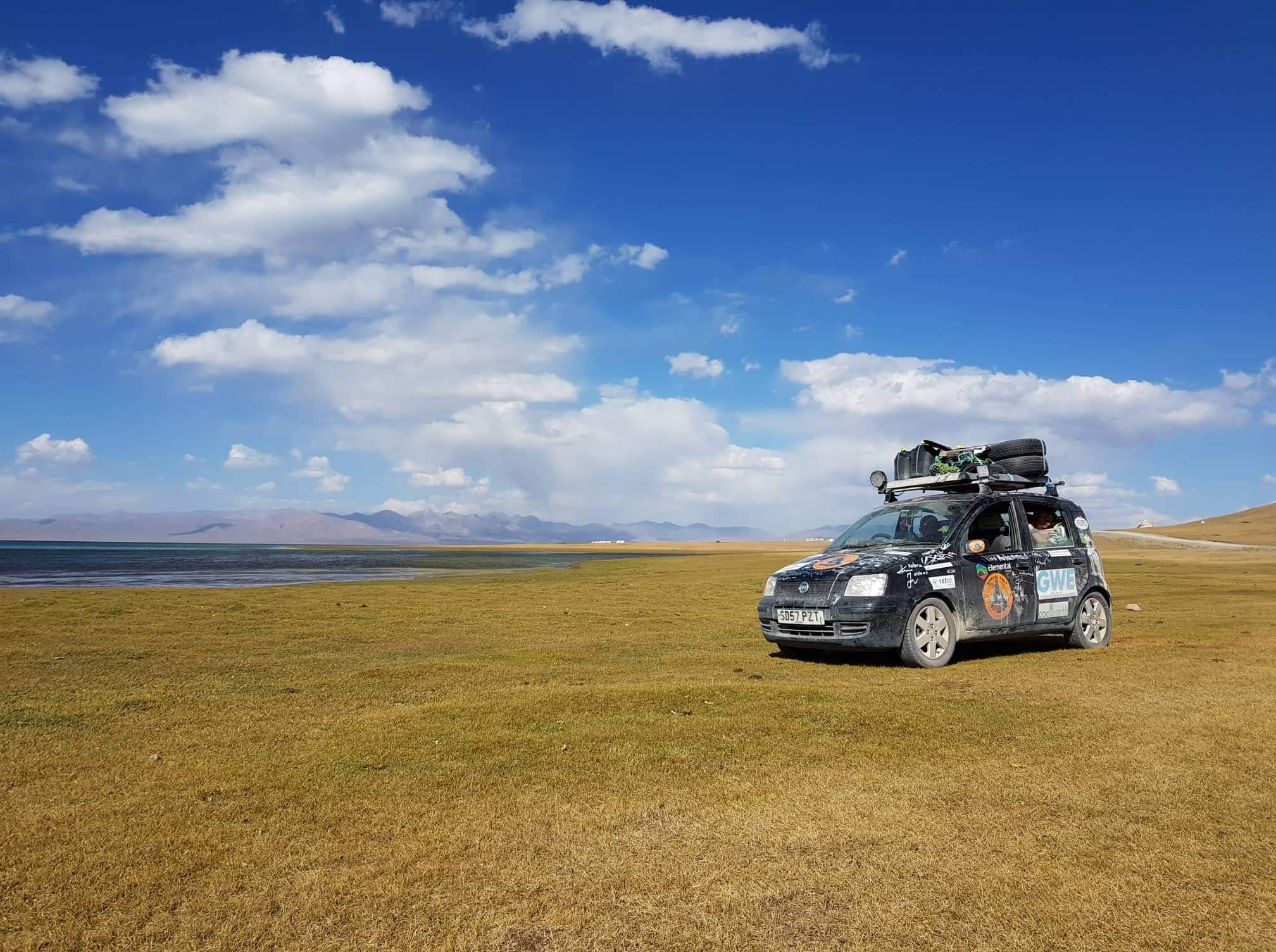 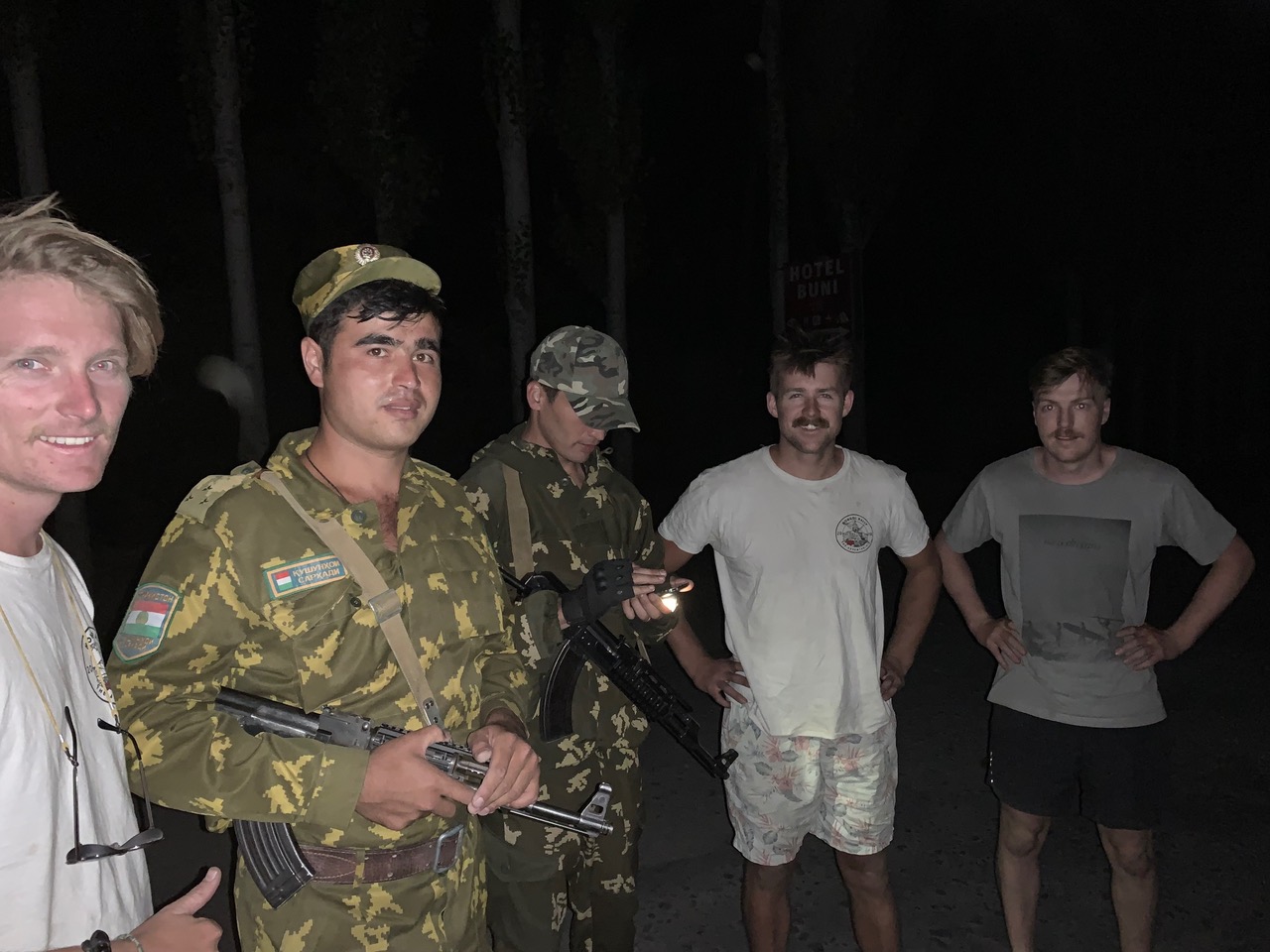 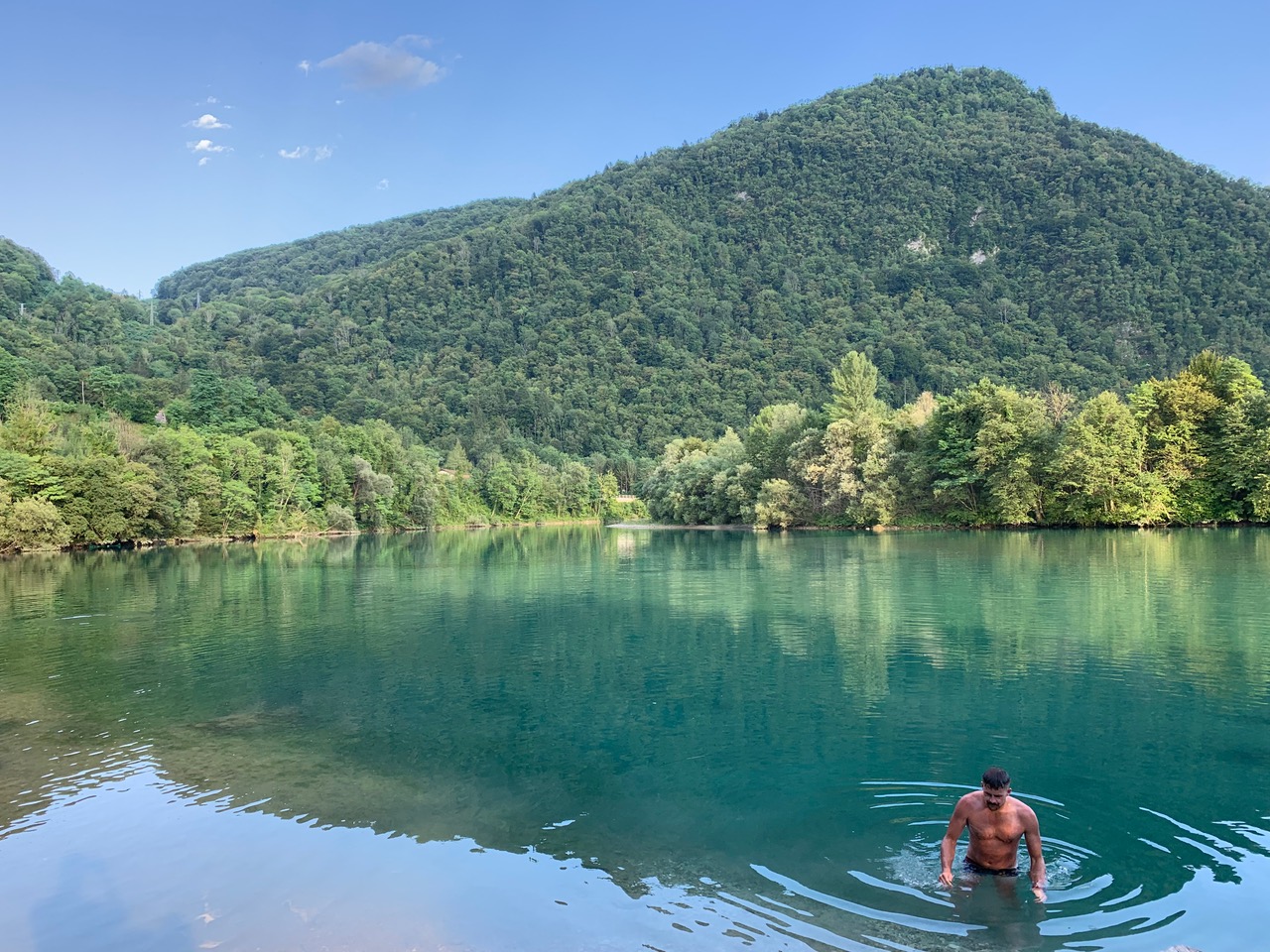 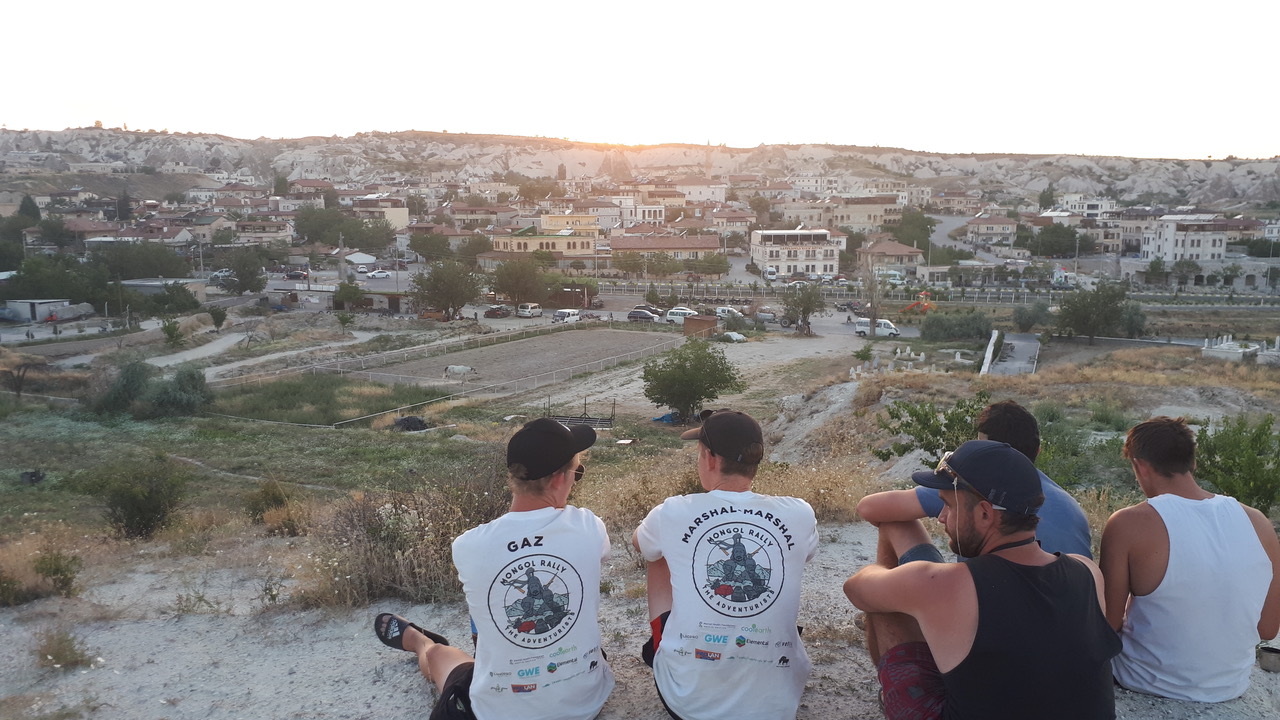 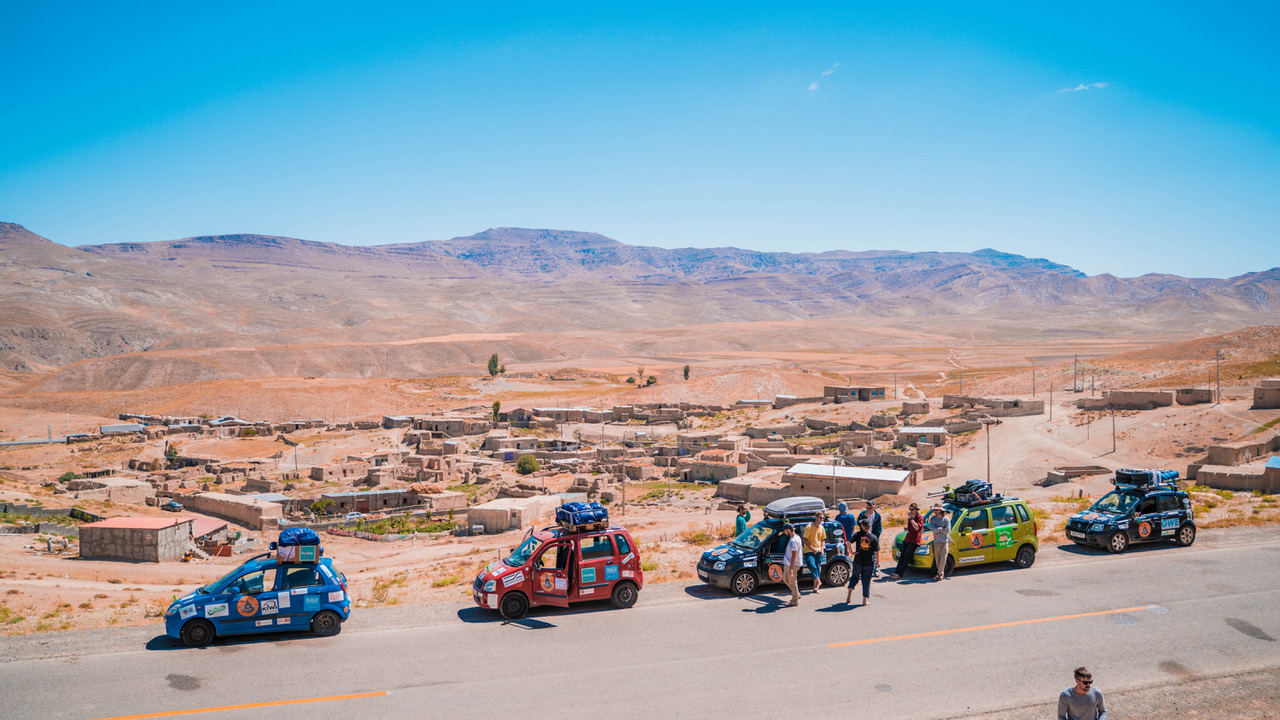 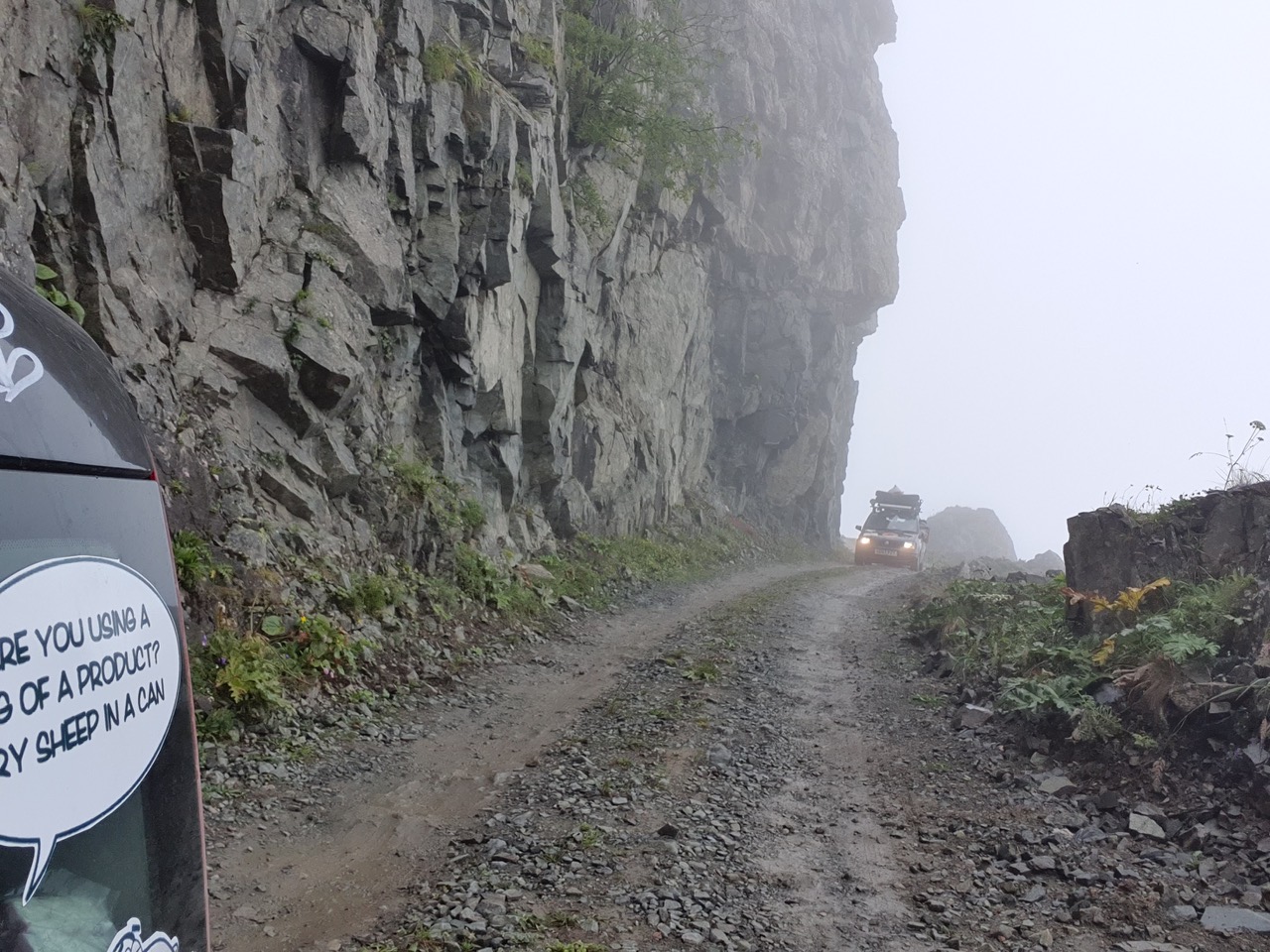 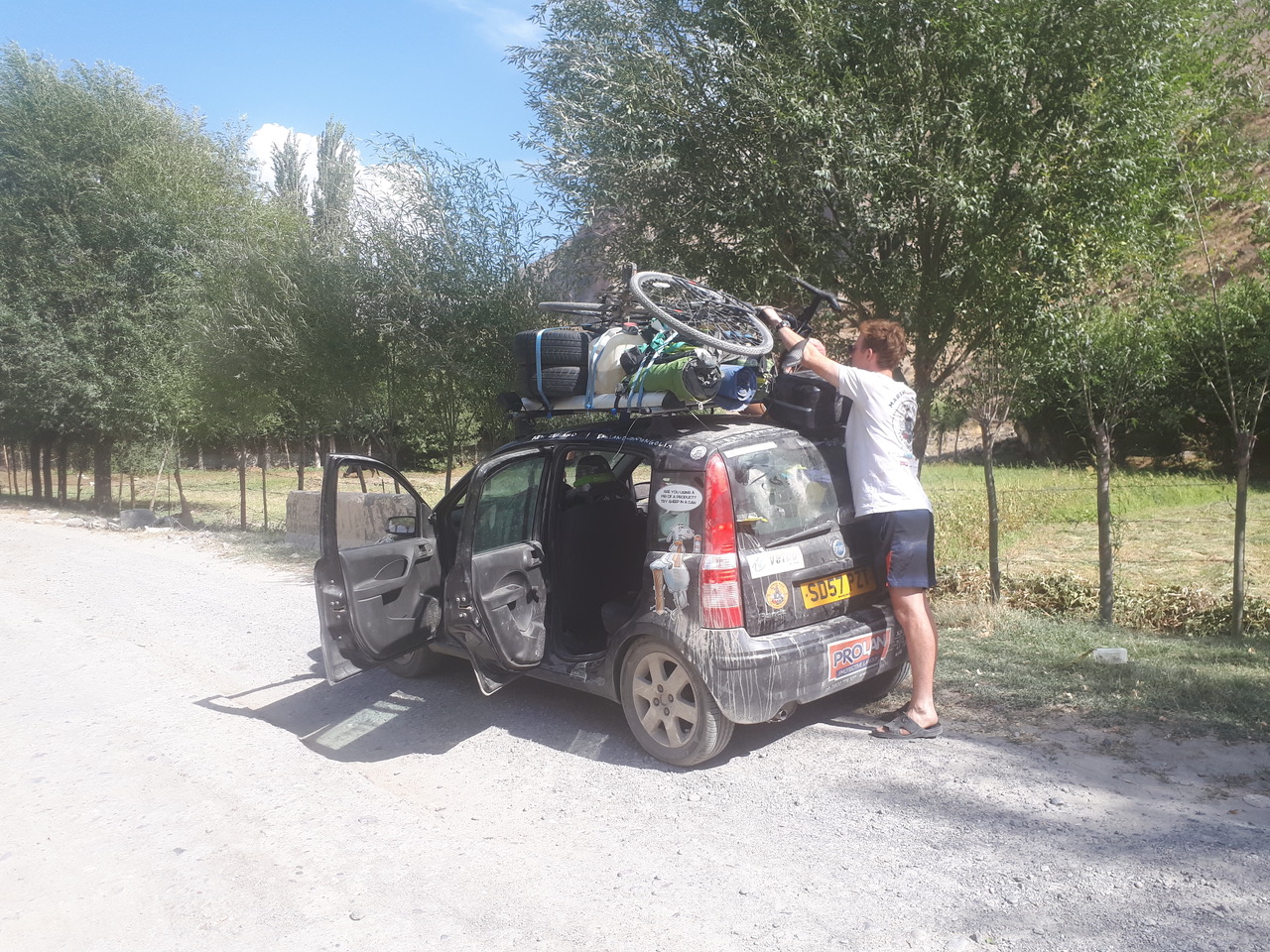 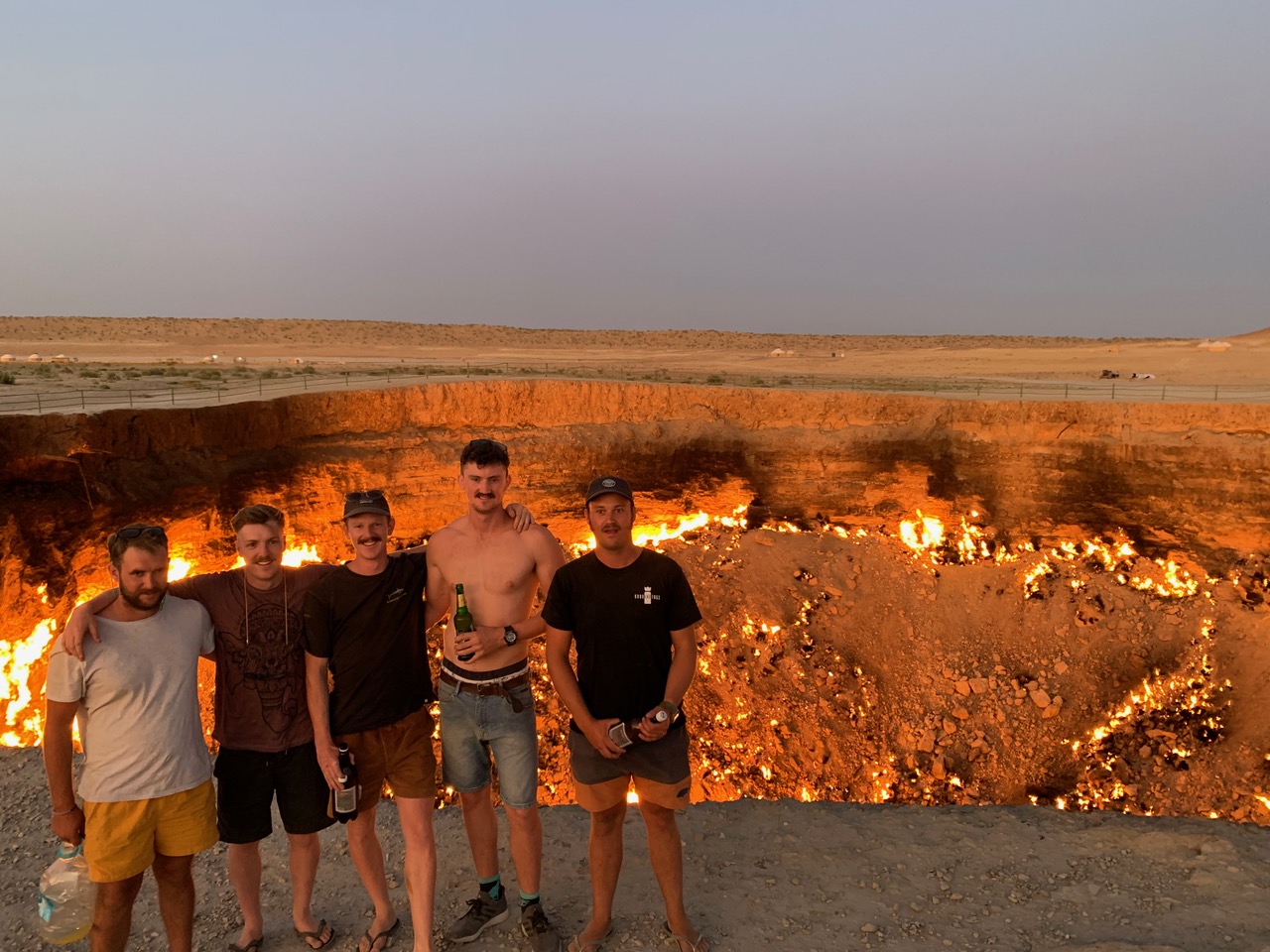 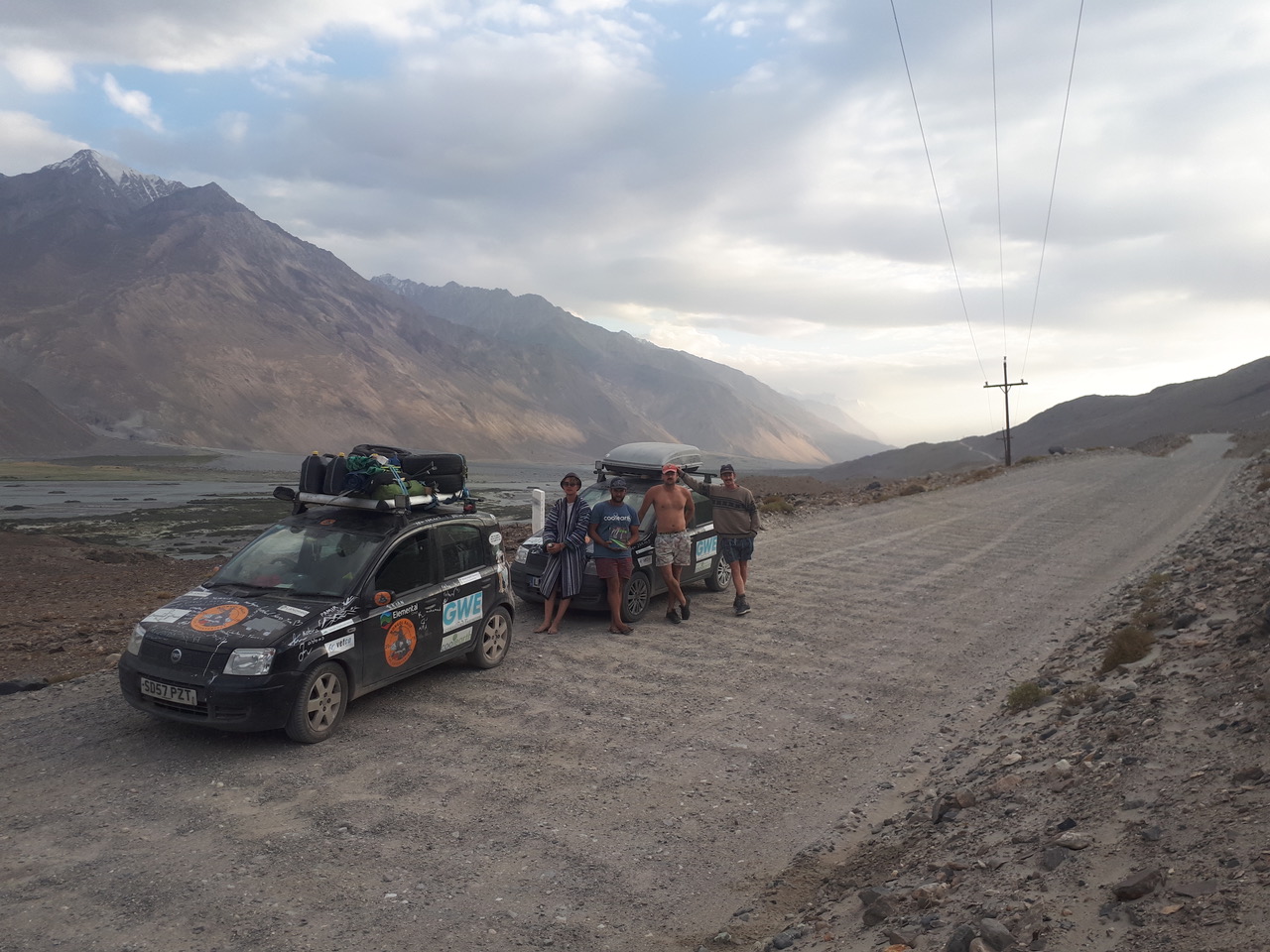 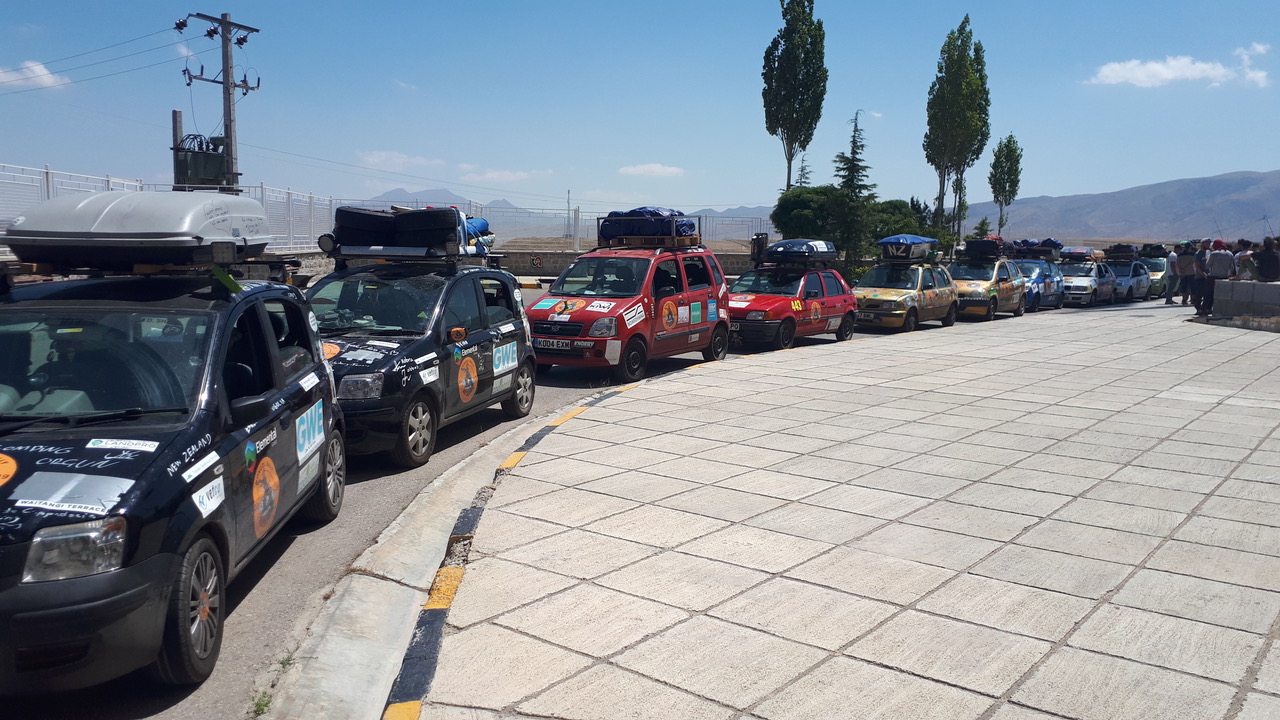 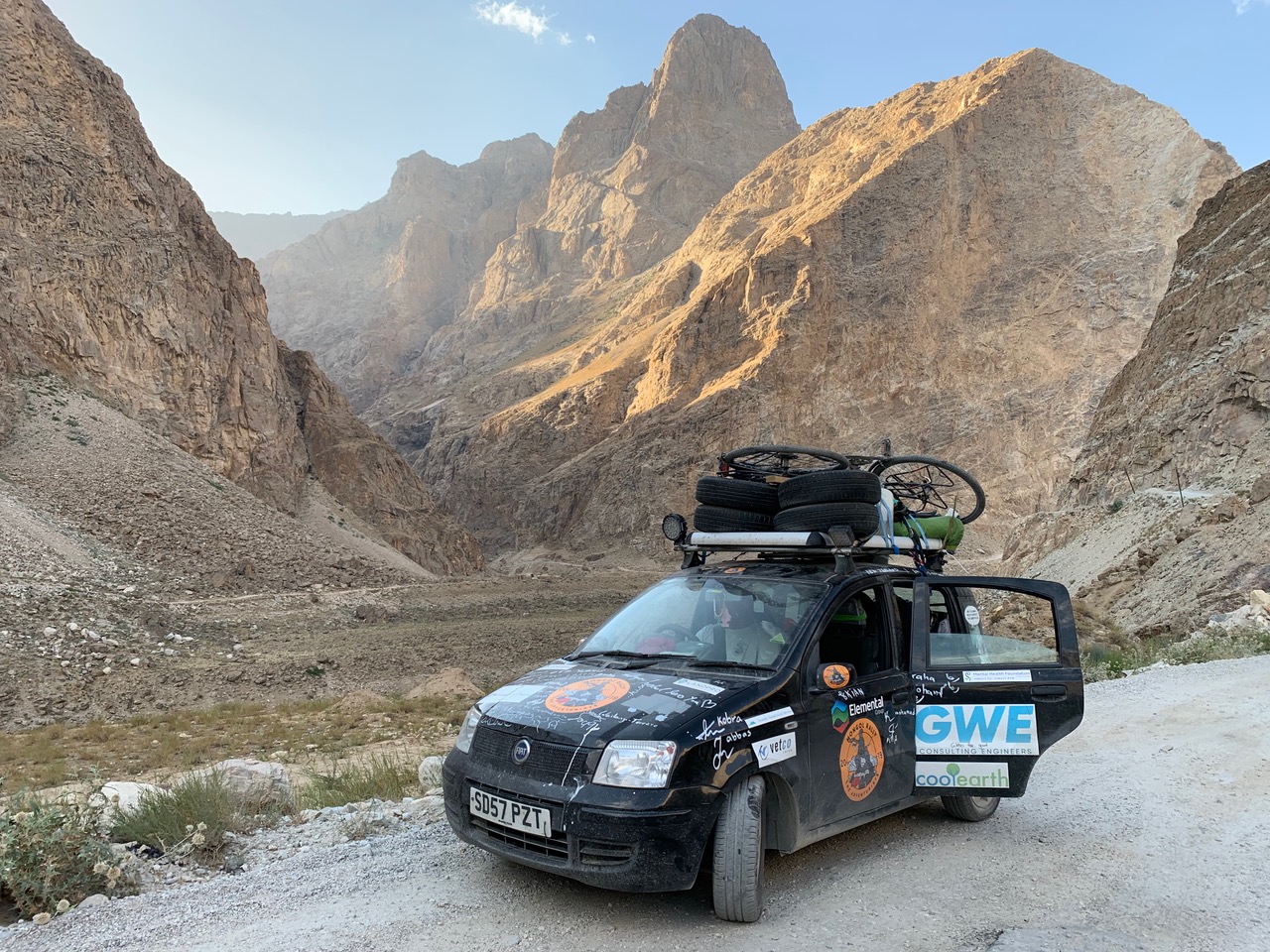 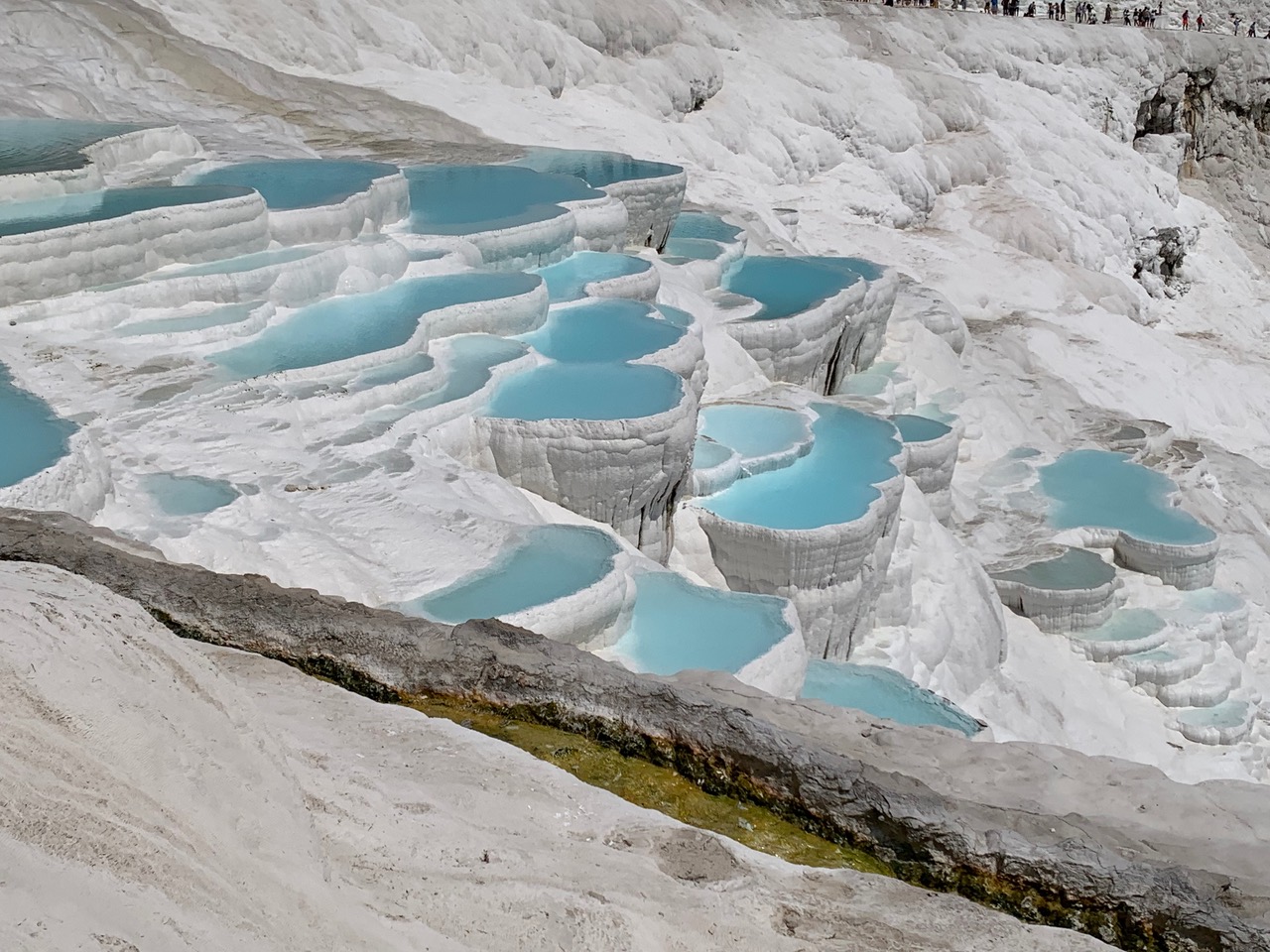 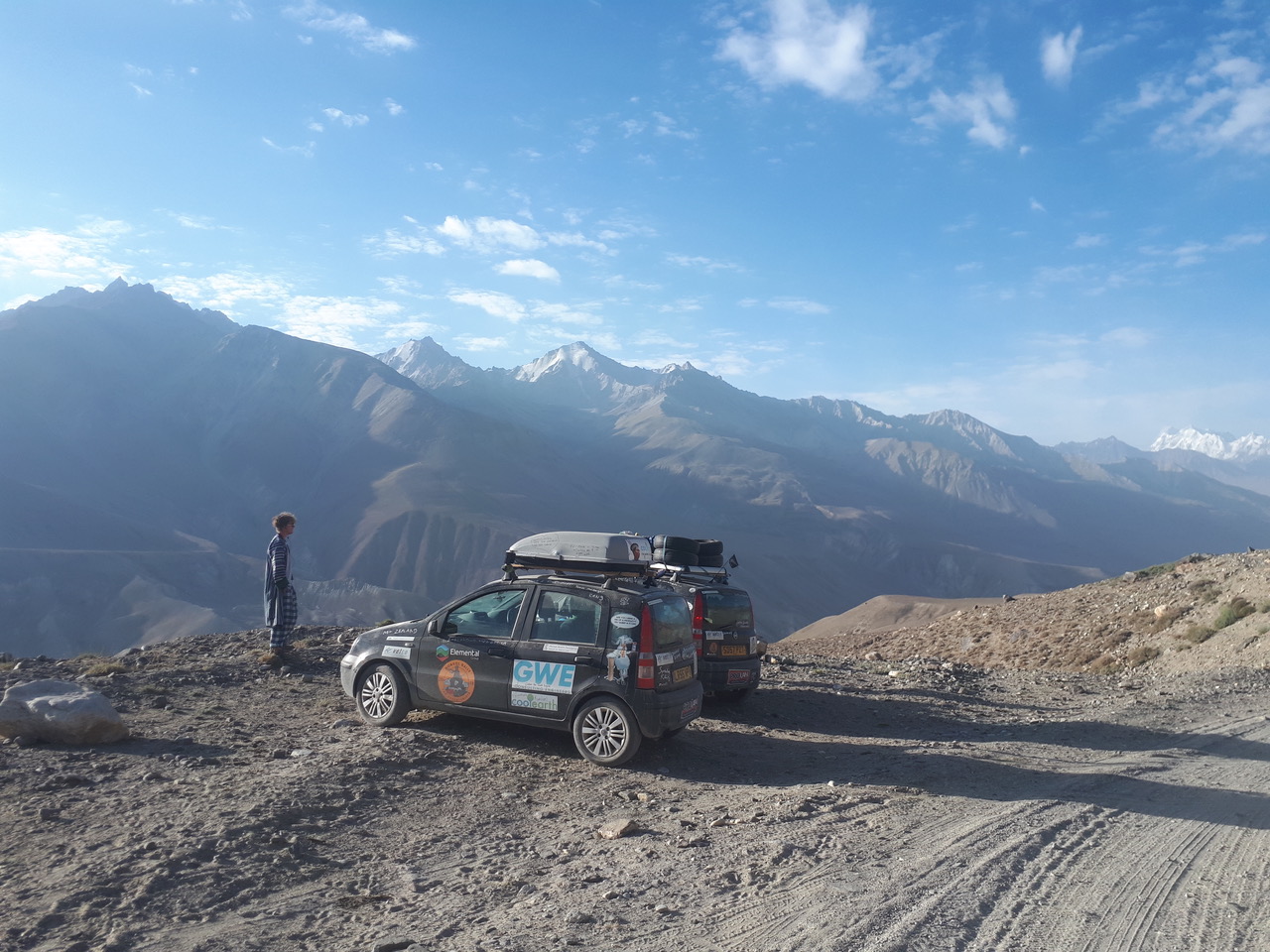 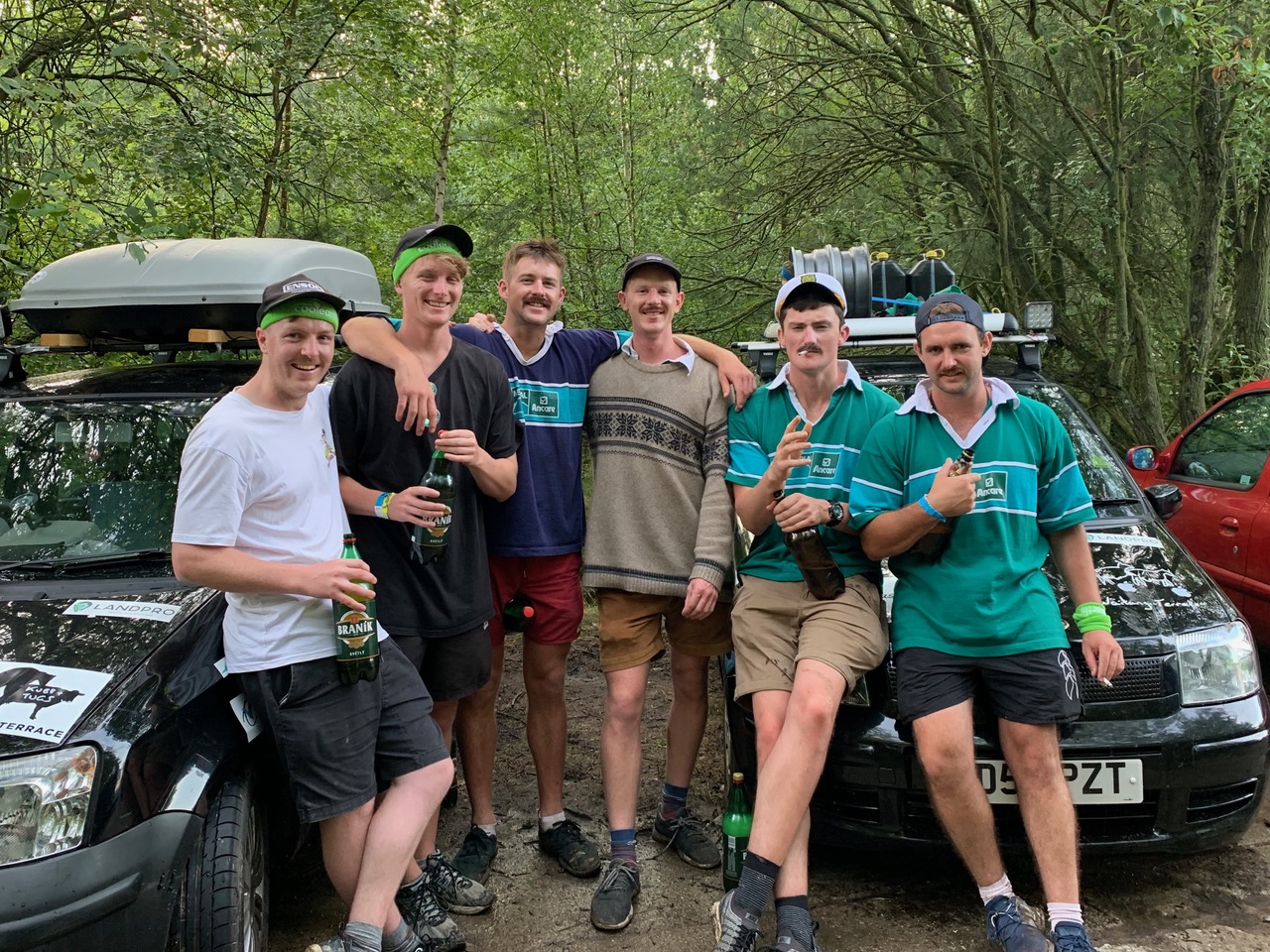 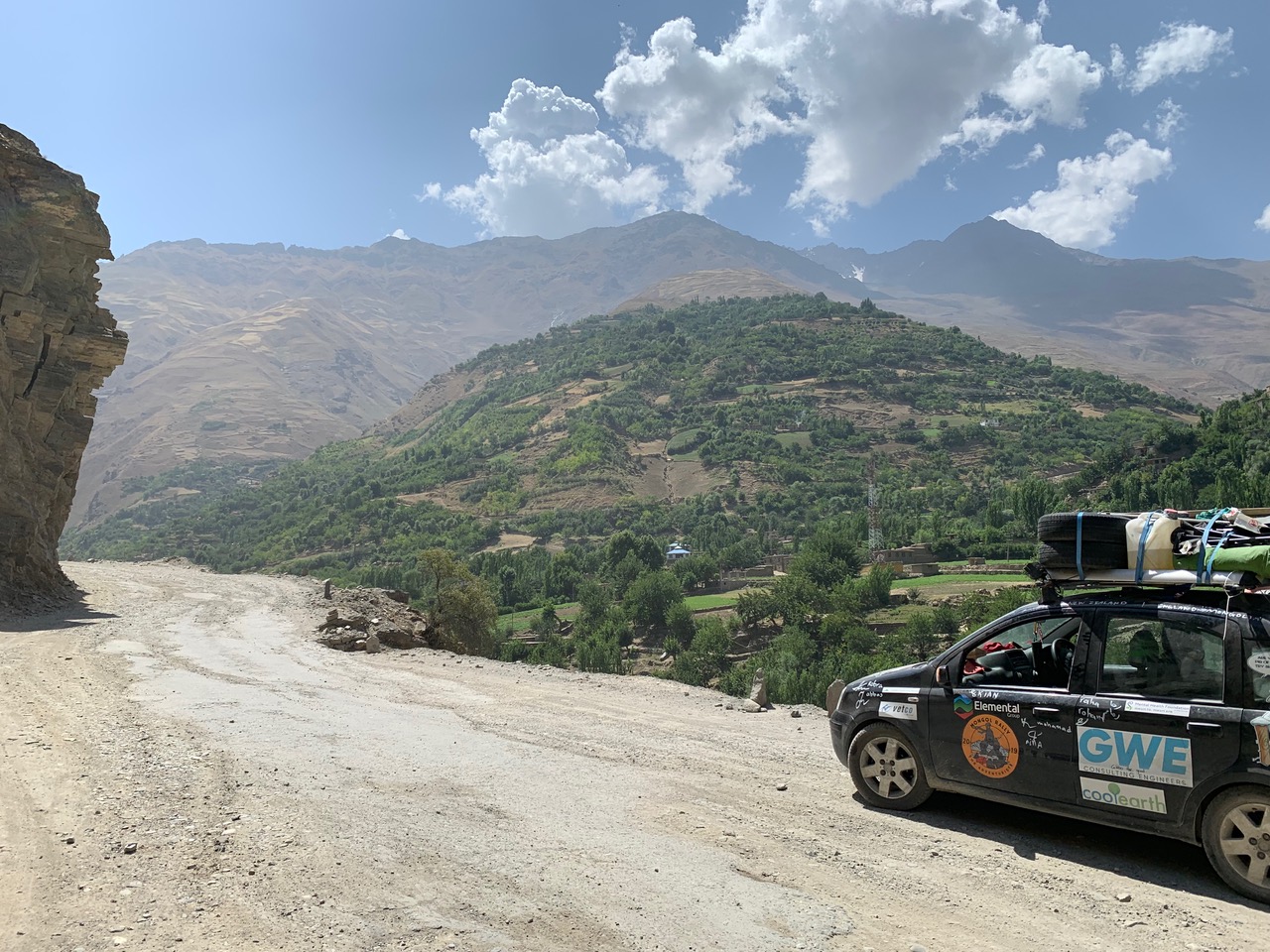 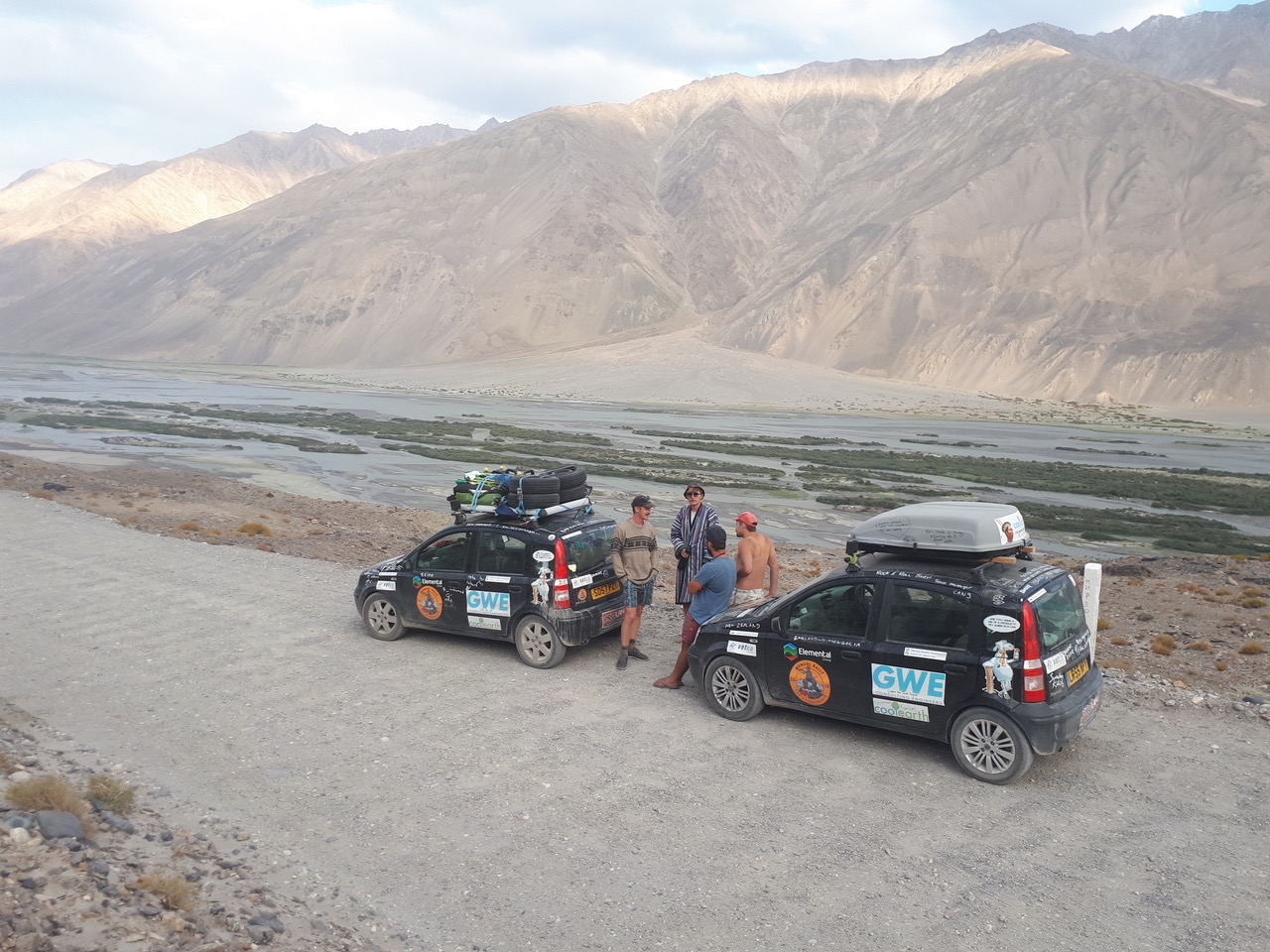 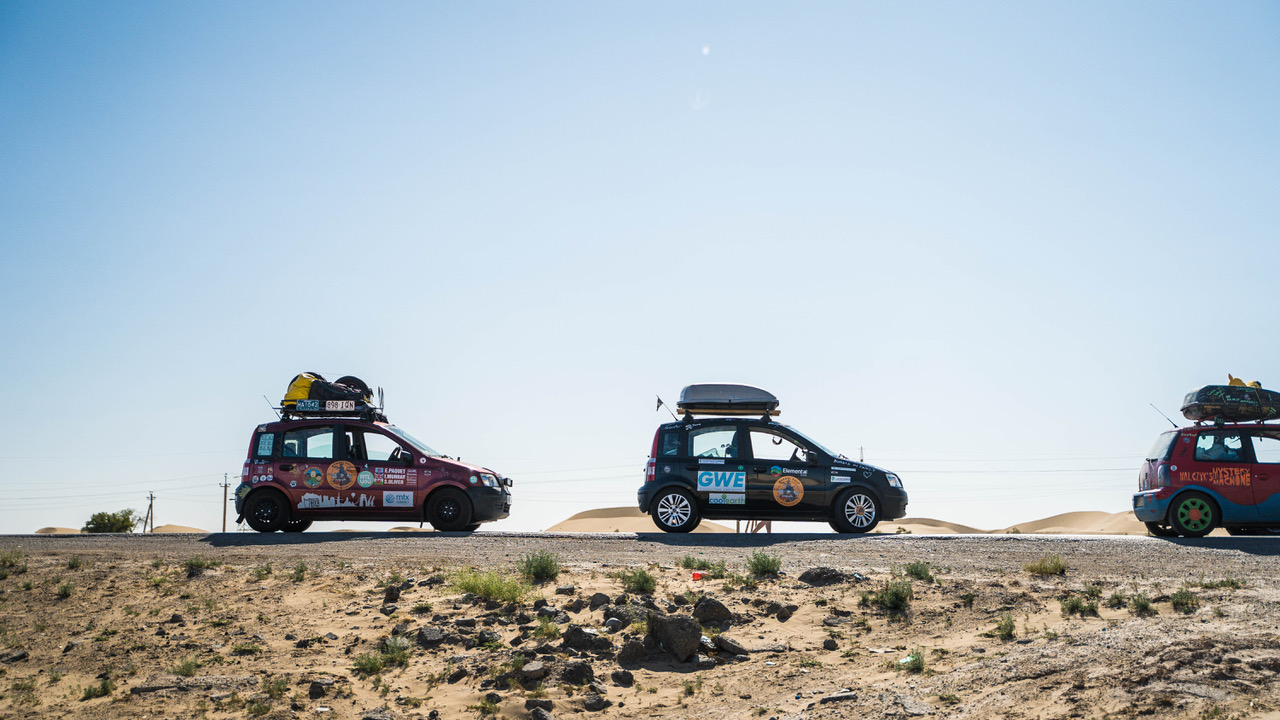