Words by  Will Johnston 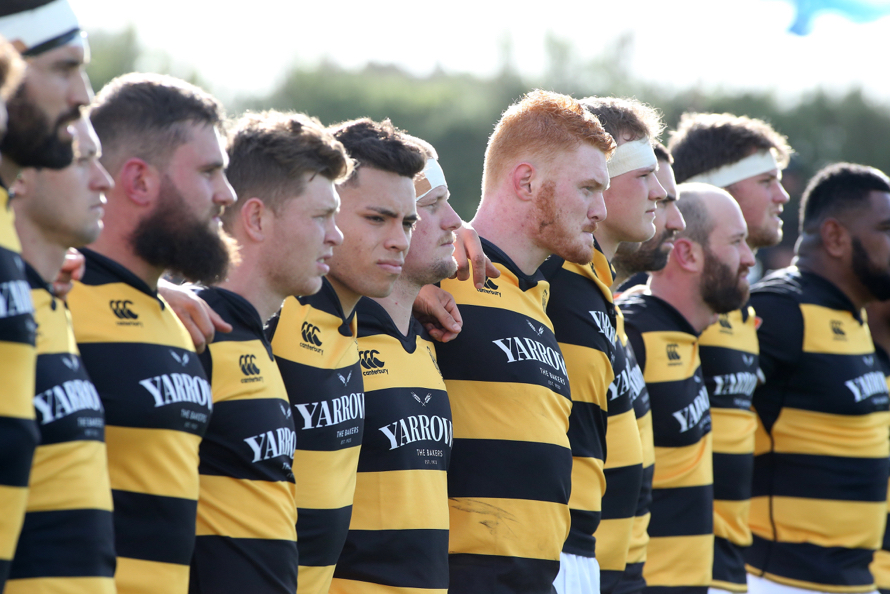 The Bulls Are Back

There is already a better feeling in the Yarrows Taranaki Bulls camp as the Mitre 10 Cup kicks off, with Taranaki’s first match being played this weekend (Sat 10th Aug) versus Counties Manukau at Pukekohe.

At the start of last season — which saw the Bulls drop from the premiership to the championship division of the national competition — the side had seven players out with injury, with more injured as the season progressed, and uncertainty swirled as Yarrow Stadium’s two stands were closed as earthquake risks.

Mostly because of the Yarrow Stadium issues, the horror season saw Taranaki Rugby Football Union suffer a deficit of $800,000 — the largest in its 130-year history.

However, attitudes and feelings leading up to the Mitre 10 Cup in 2019 (which kicks off on August 8) are much more positive, says head coach Willie Rickards.

“What we’ve done over the last eight months is run some workshops out in the community to get feedback about the stadium, the Mitre 10 Cup side and what a local player is,” he says.

“People want players from outside the province to play in our local club competition.”

In the past, Taranaki has brought in late players who never wore a local club jersey, which created angst from punters, says Rickards.

“Certainly, this year, if you want to play for Taranaki outside of the Super Rugby contracted players, you have to play in our club rugby competition. It takes the grey out for players and has brought a really good edge in and around our academy and club rugby programme.”

This year the 44-strong wider training squad came out of the Taranaki CMK premier club rugby competition, which has been hotly contested again this year. The 17 Super Rugby players will re-join the Bulls after their commitments wrap up, except those involved in the All Blacks.

From a selection point of view, coaches have always looked in their own backyard first before looking outside the region. Rickards reflected on when former All Blacks midfielder Seta Tamanivalu was first selected for Taranaki and ended up playing 61 games for the province and 5 for the All Blacks.

“If you think about our demographic in Taranaki, we don’t have the biggest Pacific Island population. A couple of years ago, we were looking for a big outside back that we simply didn’t have here. Hence, when we selected Seta out of Saint Kentigerns College, (he was) 100kg-plus, a bigger athlete. The key message though, is we have always looked here and if he’s here great; if he’s not, historically, we have to go and get him.”

Rickards says having representative players involved in club trainings on Tuesday and Thursday nights lifts the feeling within the club environment, on the back of having one of the tightest club competitions in the country.

Other provincial unions pull their wider squad members out of club trainings, but Rickards believes it is more beneficial to leave players to focus on the club rugby programme.

“We leave our players in club rugby and our standard increases. Running the risk of pulling guys out of club trainings dilutes the club competition.”

Having a strong club rugby competition compares with some of the situations players will face at the next level.

“When club games are tight, it’s a great reflection of how close it is. Players are dealing with big pressure moments, scoreboard pressure, so they’re exposed to some stresses and intensity levels that we’ll be getting at Mitre 10 Cup level.”

Looking ahead to the competition — in which Taranaki will play 10 matches, including five at home and four cross-over games — the squad looks impressive.

Taranaki has brought home Hurricanes loose forward Heiden Bedwell-Curtis and kept New Zealand Under 20 captain Kaylum Boshier after a tug-of-war between Taranaki and other provincial unions to sign him.

“I feel we have got one of the most talented young groups coming through in New Zealand rugby — Bradley Slater, Tupo Vaa’i, Tom Florence, Kaylum Boshier and Kini Naholo. That’s a special group.”

Not only does Rickards have fresh players to join the fold, but he has recruited two new coaches and retained one who was in the environment last year.

Former Chiefs and Taranaki captain Craig Clarke was appointed as the Bulls’ new forward coach to replace Paul Tito, who left to coach in France at the end of last season. Former Hurricanes and Taranaki front rower Laurence Corlett will handle the scrum, and former Taranaki under-19 and Tukapa premier coach Tim Stuck remains in the coaching group after being the skills coach last year.

Rickards says there were two things he looked for when forming the new group.

He says Clarke is a born leader and men want to follow him.

“Craig’s played to a high level and captained the Chiefs to success. He understands the high performance environment and understands how the training week needs to look to get a performance on Saturday. He brings an outstanding technical and tactical experience to the coaching group.”

Meanwhile, Corlett has a great rugby brain that has been able to gift him with an ability to decipher and explain what most people see as complicated, doing it in simple terms for the learner, Rickards says.

“He also has some technical skill around our scrum. He has a hard edge to his approach to the game.”

Stuck will bring a different approach.

“He’s referred to as a career coach. He’s coached a lot of teams at Francis Douglas Memorial College, from junior teams to the first fifteen and Tukapa. When you get coaches like that, they understand how to build teams.

“Being the deputy principal at Francis Douglas, he has a great gift and understanding about how to grow men and develop young men into good men, which is really important.”

One of the biggest things Rickards learned last year (his first as the head coach) is momentum. He believes the side is in a much better position now than this time last year, when Mitchell Graham, Bradley Slater, Asa Sorovaki, Mitchell Brown, Finn Hoeata, Marty McKenzie and Kini Naholo were injured, with Sean Wainui needing surgery after the second game.

This year there are only two players out. Manasa Matele was carted off AMI Stadium in February with a knee injury when playing for the Crusaders ruling him out of the season. Finn Hoeata’s unlucky career continued when he hurt his knee playing for the Chiefs development side, in what was his first match back from a previous injury.

Not only are the players fit, the staff are also under the same roof, which Rickards says is much better.

“Having all our staff together is imperative around communication flow, culture and wellbeing. We were split between Sport Taranaki and the racecourse last year, so it’s now a lot better.”

Rickards doesn’t see there to be much difference between the premiership and championship divisions. It’s a tough competition without the luxury of rotating teams and experimenting.

“You have to be putting out what you perceive as your strongest team every week.”

Taranaki meet Otago in Dunedin in a potential Ranfurly Shield challenge, if Otago beat Southland and Manawatu. The last meeting between the two sides was a cross-over match in 2015, which Rickards fondly remembers being played in miserable conditions at Yarrow Stadium.

“We had Beaudy Barrett playing at first five-eighth; he was released from the All Blacks. We lost that game, which is a perfect reflection of it not mattering what division you’re in, every game is going to be difficult.

“Yes, this year we’re playing some teams we haven’t played before — Otago down there, for example. But we’re not daunted by that. We’re excited. We know every game is going to be a tough battle.”

There will be a unique atmosphere at Yarrow Stadium this year, with sideline seating offered for the first time since the stands were closed.

Supporters voted with their feet last season and didn’t want to sit at the ends under a cover that blocked the big screen, or facing the elements at the northern end. Crowd numbers were down, the atmosphere poor, and the stands looked oddly empty on television.

Rickards reckons it was hard for everyone, especially the born and bred players, but he already knows it will be a far better atmosphere at the stadium this winter.

He relates Yarrow Stadium as a treasure in the community and part of the Taranaki identity.

“I believe anything in our community that enables people to come together in a positive way strengthens our community. A sideline offering is only going to help the experience.”

Taranaki Rugby’s commercial manager, Kris Robinson (who replaced Geoff Hitchcock at the start of this year after 11 years) has been working with Auckland company Acrow to build the temporary structure. The stand, which will seat 1,684 fans, will run roughly from goal line to goal line in front of the East Stand.

Down the ends behind the in-goal areas, hospitality marques will be erected, elevated at the northern end looking towards the big screen. The southern end will have a new family zone and a smaller hospitality offering. Like last year, the Star Gym and Spotswood United Rugby Club will be utilised for hospitality.

The union was unable to place anything in front of the West Stand due to the vision line from centre camera position and the players’ benches.

Robinson says they have created the best offering possible within the limits of the stadium.

“Nowhere else in New Zealand can you watch Mitre 10 Cup action six metres away from the sideline. We have been working closely with stadium operator, New Plymouth District Council, and we’re pleased with what we have in place.”