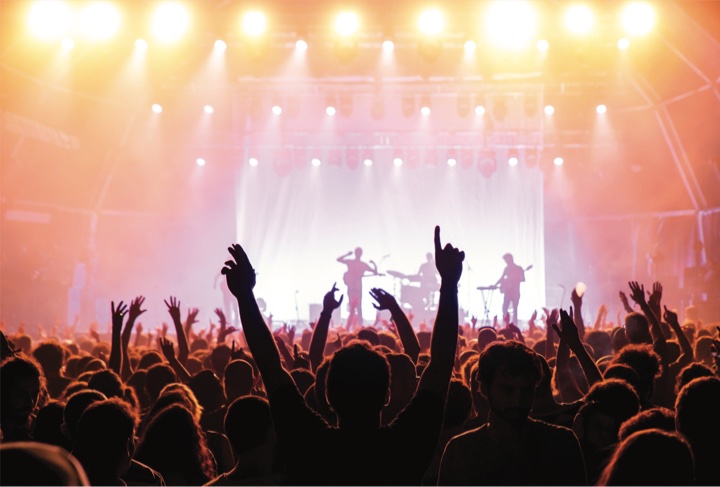 Like most sensible people, I consider Ed Sheeran, Justin Bieber and other male pop singers of the saccharine-soaked Autotune ilk to be the six hundredth and sixty-sixth coming of the worst kind of satanic energy since Andrew Ridgely and George Michael did their best to ruin the eighties. There is something about a high-pitched male tone warbling over a syncopated electronic drum beat and heavily compressed data pulses in place of actual music that really just makes my brain boil. Then there are the lyrics, which are not bordering on gaslighting misogyny, they’re jumping straight in with both feet.

All of which is the main reason why, when the girls were younger and starting to show an interest in music, I made the decision that no boy band music would ever enter the Hobo household. Thus, the girls were loaded up with music from Broods, Lorde, Billie Eilish and of course, Taylor Swift and I said to them, “No boy bands girls. No silly little boy singers will be played in this house, ever. If you want to listen to that kind of music, do it at someone else’s house where I can’t hear it.”

“Don’t worry Dad,” said Madeline, “we can’t stand that kind of music either.”

“It’s not even music,” chimed in Morgan, “and they all need computer programmes to make their voices sound even halfway decent.”

Obviously, like all well-laid plans, my anti-boy singer in the house scheme has started to come adrift of late as Morgan has started to listen to Harry Styles. I can’t remember when it was exactly, but I saw a picture of young Harry in a Pink Floyd T-shirt. ‘Hmm, ok, maybe he was at K Mart with twelve bucks in his pocket and he wanted to look cool,’ I told myself. But then, he popped up on the Howard Stern Show on You Tube doing a fantastic version of Peter Gabriel’s Sledgehammer. ‘Oh, he just had a really good band.’

Then, the unthinkable happened. Morgan always listens to music when she’s in the kitchen, either making another legendary culinary creation or cleaning up and I’ve complimented myself on the fact that Foo Fighters, Nirvana, AC/DC and many other rock bands are on her playlist, along with Billie, Taylor and Dua. But then I heard a new voice coming out of the kitchen, younger and male, but not quite laced with enough corn syrup to kill an elephant and the song being sung was actually, kind of, almost good.

“Who’s this?” I asked, not really wanting to know.

“Harry Styles,” Morgan replied, “he’s from a boy band Dad.” She added that last bit like she was trying to defuse a nuclear weapon. My blood froze and suddenly the kitchen seemed very small.

“But why are you listening to him?” I asked.

“Look, he left One Direction ages ago Dad,” Morgan said, “he’s actually pretty cool. Plus, he used to go out with Taylor Swift, so, you know, he can’t be all bad.”

Just like that, fifteen years of carefully-planned rock and roll education had been undone by one Watermelon Sugar High.

“Also, he’s coming to New Zealand for a concert.”

‘The horror,’ I thought to myself, as I headed for the safety of the couch for a lie-down and to listen to some Tool on my headphones as I heard Morgan singing away to herself. “Tastes like strawberries on a summer evening and it sounds just like a song.” Good God, what is this sugar-laced hell? I closed my eyes and contemplated the sea of eager, bright-eyed faces that would be present at a Harry Styles concert, as the opening strains of Fear Inoculum soothed my brain. ‘The horror.’