Judge Not, Lest You Be a BBQ Competition Judge 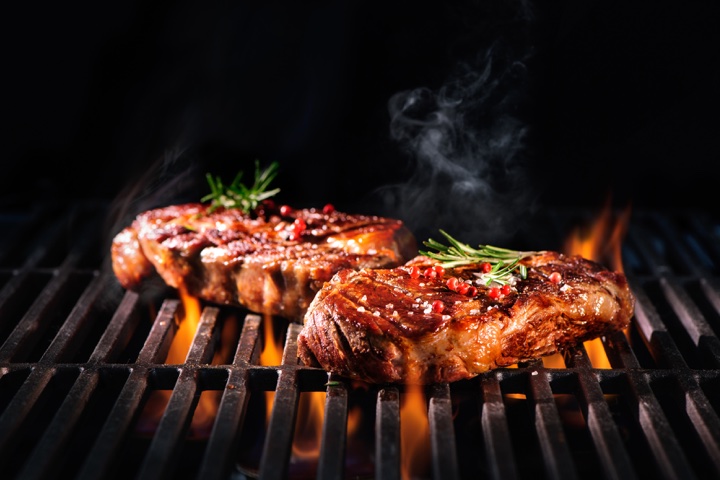 What do you get when you put more than thirty teams of low-and-slow BBQ enthusiasts together at the East End Reserve on a wet and windy August weekend?

The King of the Mountain BBQ Competition!

This Taranaki event has quickly become one of my favourite days of the year and if you’ve attended yourself, you’ll know why. It’s a tasty scene where you’ll find smoke billowing from beds of hot coals that are coaxing all kinds of fantastic flavours out of the most mouth-watering cuts of meat.

Taranaki local, Craig Leathley, is a key part of organizing this event to be held in our region and is the promoter for the King of the Mountain BBQ Competition. He is also the leader of the Smok’n Comrades team. He started competing on the NZ Barbecue Alliance circuit in 2018 and enjoyed the experience so much, he wanted to bring the vibe to his home turf in Taranaki.

The first King of the Mountain BBQ Competition was held in August 2020 and Taranaki proved to be such a popular location that their number of competitors nearly doubled when the event was held in 2021. In 2022, pitmasters from all over New Zealand will travel to New Plymouth, ready to take on the unpredictable elements and present their best briskets, ribs, chicken, and pork to the people lucky enough to be judges.

Competitors get their setups checked for health and safety compliance and then the fun begins! Entrants catch up with friends, share barbecue tips and tricks, and enjoy being surrounded by people who share their obsession with sauces, rubs, and cooking food with fire.

After spending the long evening and early morning hours rubbing, probing, injecting, and glazing their briskets, birds, and pork, the teams will ready themselves for the judges to taste their final products. And this year will be the third time I am one of those judges.

Being a BBQ competition judge isn’t simply stuffing your face and handing out a score. You have to pay special attention to the appearance, texture, and taste. There needs to be consistency in the appearance of everything, from size to colour to the application of sauce – it all needs to look the same.

When evaluating the texture, you’re looking for a clean bite thru. With brisket, you want the slice to have a bit of flex but still be firm enough that the ends don’t touch. Taste is obviously subject to opinion. During each of the four categories, every table is given 4 to 6 boxes to judge from various teams. Then the scores are calculated, winners are announced, and we all stumble home in a meat-fuelled food coma!

Whether you’re well versed in low-and-slow cuisine or simply curious about the scene, this is a great local event that you won’t want to miss! The public are invited on Saturday the 13th August and can enjoy tasty eats from several food trucks, local craft beer from The Theoretical Brewer, Jack Daniels adult beverages, and live cooking demonstrations showing you how to make your very own lip-smacking ribs, wings, and steaks.

And that, my friends, is what’s Tasty in Taranaki!