Is Your Home Making You Sick? 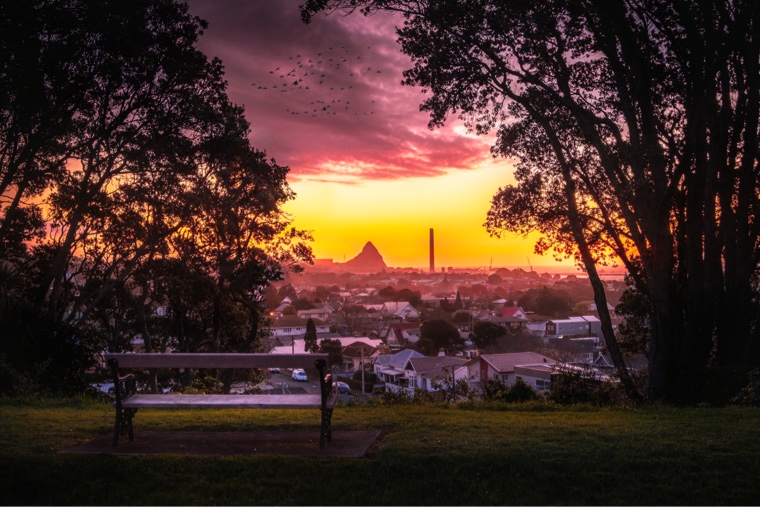 Are our buildings killing us?

Imagine not having to ever turn on a heater in your home because it’s warm, all year round, in every room. More than that, it’s dry and ventilated with fresh air every few hours. So no mould or condensation. In fact, you could put wet clothes on a rack anywhere in the house overnight and they would be dry by morning.

It’s a reality when you live in a well-designed, well-built, energy efficient dwelling such as a certified Passive Home – a standard of building design and build that results in ultra-low energy buildings that require little energy for space heating or cooling.

However, while there are currently just 37 certified passive homes in New Zealand (including several in Taranaki) each year up to 40,000 resident building consents are issued for homes built to the New Zealand Building Code. A code which is 20 to 30 years behind European building codes and provides us with a bare minimum standard for a warm, dry, healthy home, according to Catherine Ford, the director of Potential Architecture Limited,  Taranaki’s Architectural design company specialising in  energy modelled efficiency and sustainable design, and Taranaki’s first Certified Passive House Designer.

“The current code is a crime. We assume that new homes will be warm but there are no minimum temperature standards for a New Zealand home nor energy performance guidelines in the Building Code,” reveals Catherine. “Only old people’s homes and early childhood centres have to achieve minimum indoor temperatures.”

“The beautiful thing about the Passive house method, is that you can choose the healthiest materials available, and when you use a Certified Passive House Designer, your home is guaranteed to deliver the healthiest living standard, along with the most energy efficient outcome.”

The World Health Organization recommends a minimum indoor temperature of 18°C – so to maintain that in a New Zealand home may require pumping in a lot of heat that needs to be circulated around the home – or not if you can’t afford it. We all know electricity is expensive – it doesn’t really matter who you get it from.

Radio New Zealand’s Nicholas Pointon story on soaring electricity prices in early April this year revealed that wholesale power prices are nearly seven times higher than they were a year ago. Pointon says a recent report by the investment brokerage firm Forsyth Barr put the prices rises down to a lack of rain, hydro lake storage falling to its lowest level since 1996 and a shortage of natural gas.

But what if we didn’t need all that energy to maintain a warm home in the first place?

It’s common knowledge that there’s a direct link between cold, damp homes and sickness and even death. Ironically those who can’t afford to buy their own home and are renting may actually live in a better insulated home that those who own now that the Healthy Homes Act has come into effect requiring minimum insulation and heating for rental properties.

Our houses might be slowly killing us in other ways too according to Daniel Woolley – a founder of Greenbridge – a company here in Taranaki dedicated to green property design and build.

“The current building code is inefficient and uses a toxic cocktail of materials such as acrylic paints, treated timber and glass fibre insulation,” explains Daniel.

“The New Zealand new home market is largely one of McMansions, because people are focussing on square meter build rates. There’s never been a greater need for well designed, high-performance homes.”

We can’t keep doing what we are doing, says Jon Iliffe, one of the founders of eHaus – a nationwide network of Passive House designers and builders.

“By 2030 we are meant to be transiting to new Building standards which could mean one of three things,” says Jon. “We maintain the status quo, there is a middle ground, and then there is building to Passive House standards. Even the middle ground will be a significant step forward from where we are now.”

eHaus first built a model home in 2010 that required very little heating and stayed between 20 and 25 degrees all year round. Taranaki’s first eHaus was built in 2013 high up on Carrington Rd at 340 metres above sea level for Rudolf and Verena Kull.

Back then, it’s triple glazed windows doors had to be imported from Germany to achieve one of the main principles of passive homes – creating an airtight thermal envelop around the home enabling minimal heat loss from the building. The next principle is “the lungs of the house” – a ventilation system with a heat exchanger to circulate fresh, warm air to every part of the house.

“The house has never been below 18 degrees,” says Verena. “We have actually set the bedroom temperature to be a couple of degrees cooler than the main living area to be more comfortable while sleeping at night.”

With solar panels on the roof to generate electricity, the house can feed back into the grid unless they need to use electricity because Rudolf is working on his wood turning machines or the couple are charging their electric car.

The latest eHaus in Taranaki has recently been designed and built for Ryan and Liz Walklin on their one-acre section in The Paddocks development in Oakura. It’s the third new home the couple have built – and it was the easiest.

“We hope to never move again. Everyone who comes is blown away,” says Ryan. “The kids are always in shorts and t-shirts because the house is always between 20 and 25 degrees in every room. While we had a heat pump in every room in our last home in Melbourne, we don’t heat this house at all.”

Developed in Germany and now adopted in more than 66 countries around the world, Certified Passive Home building standards are also the mandatory building code in countries such as Scandinavia and Switzerland.

There appears to be three main barriers to why more Passive Houses aren’t being built. One is the estimated extra cost, the second is the education and awareness of their benefits, and the third is the minimal building code legislation meaning they don’t have to be built.

Estimated to be anywhere between 10 to 20% more than a “normal” Kiwi home to build, for the Walklins, the double glazed, German imported windows were the single biggest cost in the house. To combat this we need scale, says Passive House Institute New Zealand CEO, Amy Tankard.

“In the UK and Canada, there are social housing Passive House projects being built on a large scale which are achieving the same price builds as normal homes,” says Amy.

Illife says China picked up using Passive House systems four years ago and is now building whole towns because of the energy savings and health benefits. Back here, the first large scale passive housing project to be certified will be the Toiora High St social housing project of 21 homes in Dunedin. The Luggat Memorial Hall in Wanaka will be the first public building using Passive House systems and will require 75% less energy to heat than if built to the current building code.

Passive House design is only touched on in New Zealand tertiary institutions leaving the Passive House Institute to run education and certification programmes for architects and builders. The Institute now has 150 members – architects, builders, engineers, and material suppliers – and is steadily growing.

“We are advocating that building Passive Homes should be mainstream,” says Tankard. “It’s a rigorous and measurable design and build system. From the plans, we can plug in the data to see how your house will perform to proven standards anywhere in the country. Living in a warm, dry, high air quality home has a huge impact on health and mental wellbeing.”

Iliffe agrees and says in 50 to 100 years, people will say what were they thinking building homes like that back then?

While Iliffe and Tankard are passionate about Passive Homes being our new building standard, there are other alternatives that will also deliver a far more energy efficient and healthier home than one built to the current building code.

Steve Hofman from Hofman Builders have always built architecturally designed homes and became the Taranaki licensee for eHaus about eight years ago.

“I spent a few years building in Holland and realised there’s a better way of building houses” says Steve who also built the Walklin’s house.

“Building Passive Homes is what we wanted to do rather than just building houses to the New Zealand Building standards which are really the bare minimum. At Hofman Builders, we have always been up specking more insulation.”

To that end, in addition to eHaus designs, Hofman Builders offers its “Pacific” range of homes which sit between Passive Home and New Zealand building standards.

“Our Healthy-Home plans give our clients confidence in the design detail, non-toxicity of materials, energy efficiency and comparable build cost to the Kiwi average of $3.5K per square metre,” says Daniel.

“When we talk of healthy homes, Passive Homes are just one solution focusing mainly on the thermal energy efficiency of the building. We believe it has to be a holistic approach. Is it healthy for those who build it, those who live in it, and for the environment around it?”

Whether it is making the ultimate choice to build a Passive Home, or even a highly energy efficient home, is it a crime the way we build to the current New Zealand building code as Catherine Ford says?

The Asthma & Respiratory Foundation says one in six of us have a respiratory disease, one in seven children have asthma, it’s the third most common form of death, and its costing the country $6 Billion a year.

If we can dramatically mitigate that by building homes, offices, schools and public spaces that require little or no energy to stay warm, dry, and with fresh air all year round anywhere in the country – it would be a crime not to – wouldn’t it?

Did You Know about NPDC’s Home Energy Scheme?

If you’re a home owner, you can apply for a loan to help make your home warmer and greener, and repay the loan with your rates.

The loan can help pay for:

If you apply between 1 July 2020 and the end of June 2021, there is no administration fee. A $200 fee will apply from 1 July 2021. Please return your completed application form to any of our service centres, or email it through to

Ratepayers can apply for: