From Taranaki To Tokyo 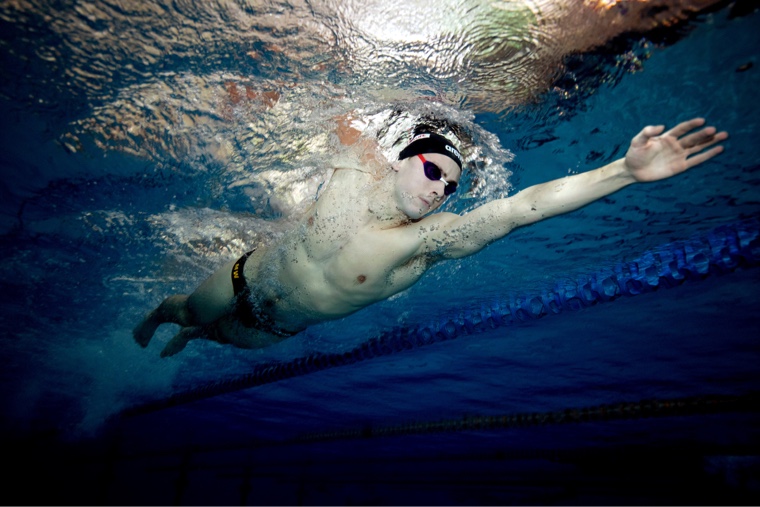 Back from the Olympics, New Plymouth swimmer Zac Reid reflects on the valuable lessons he learned, the people he met and two weeks of quarantine followed by a lockdown home-coming.

When an NBA player comes up to you and casually asks for directions, it’s a little surreal.

Zac Reid is used to watching French basketballer Rudy Gobert on TV. As an All Star player on the Utah Jazz, Gobert earns more than $37 million a year. Reid, on the other hand, spends most of his time training in the pool at Aquabladz Bell Block.

Their lives are vastly different, yet as Olympians in the Tokyo athletes’ village, they were equals.

“There’s a sense that everyone in the Olympic village deserves to be there. Among athletes, even if you don’t know who someone is, there’s a real level of respect.”

The Taranaki swimmer had a few of those pinch yourself moments at the Olympic Games in July and August. In particular, Reid says it’s a crazy feeling when you realise you’re alongside the best athletes in the world.

An avid basketball fan, the Francis Douglas Memorial College old boy could gaze around the food hall and see big names like Luka Doncic, Patty Mills and Pau Gasol. The star-studded U.S. team was mostly based outside the athletes village, which was a shame, but Reid understood why when he saw the steady stream of people wanting a selfie with tennis star Novak Djokovic.

These are the people you’re amongst at the pinnacle of sport, and it’s quite something when you’re a 21-year-old from New Plymouth.

“There are those moments where you sit back and think, ‘I’m at the Olympics.’ A smile would come over your face, and you’d just feel really happy. That sense of pride and achievement was really cool.”

For Reid – as for anyone – it was a huge milestone just making the event. His dad, Byron, swam for New Zealand in the 1990 Commonwealth Games in Auckland, and Zac had always been driven to do something similar.

“The coolest moment was actually in training before my first race. Walking out to the pool with the New Zealand cap and goggles on…just seeing the Olympic rings behind the starting blocks and then the huge grandstands. It was like, ‘Oh you’ve made it, you’re here.’”

There’s no mistaking the pride in his voice, and rightfully so. Never mind the fact that Covid restricted what athletes could do in their spare time – regretfully, Reid wasn’t able to watch any other sporting events, and there were limited opportunities to mix with the rest of the New Zealand team – the Olympics were “awesome”.

Athletes stayed outside the Olympic village until just before their events, and then left soon after they’d competed. That meant Reid’s time in the Games village was mostly spent training, racing or recovering.

However, even if it was just walking past fellow kiwis in the team area and saying hi, there was still a genuine team spirit among the New Zealanders.

“It was super cool being there to watch people like [women’s pairs rowers] Kerri Gowler and Grace Prendergast, who I’d known beforehand, win their gold medal. We had good chats to everyone on the plane home too, with the sevens teams, rowers and guys like [bronze medal-winning boxer] David Nyika.”

So while Covid protocols did change the Olympic reality somewhat, Reid says there was still plenty to soak up in the whole experience.

“If you went over there expecting the mask wearing and social distancing to bother you, then it would have. But if you’re going over there accepting it is what it is, you’ll have a good time. We knew there would be rules, and instead of having a moan about it we just got on with our job.”

Reid is clearly someone who isn’t easily phased, which is handy context for when he talks about his performance. He didn’t progress beyond the heats in either of his 400m or 800m freestyle events, finishing 23rd and 18th respectively.

“The 400 was my first international race in nearly two years, and I felt I could have given it a better nudge. There were a lot of nerves to get out of the way, so I kind of rushed into it.

“But I’m stoked with how I turned it around and did a personal best in the 800. That was a really big turning point, and will be, looking back, a big moment in my international swimming career … just knowing how to turn things around and race my best.”

Reid sees that experience as hugely valuable, and it’s spurred on his desire to achieve more at the next Olympics in Paris in 2024.

“In Paris, I want to qualify beyond the heats. If you do your best and get into a final, then it’s just about racing.

“You can see that from Tokyo — some swimmers clocked times in the heats that would have been good enough to win finals. So for me, that means it’s about worrying about myself and putting together my own race, but then getting through into the finals, racing and winning. It’s not about time in those knockout races, or medal races.”

He’s had plenty of time to reflect on his Olympic experience, with New Zealand plunging into a full Covid lockdown just two days after Reid finished his fortnight in quarantine. It’s cruel timing for athletes who are already coming to grips with life after such a milestone event.

“Finding out we were going into lockdown, I honestly felt like crying. I had so much planned, so that was hard.

“There have been times I’ve felt alone, and other times I’ve felt overwhelmed. MIQ was alright because I was talking to people in the same boat every day. I was lucky to spend lockdown in Gisborne with my girlfriend and her family. I’d be spending a lot of time by myself in New Plymouth otherwise, and I don’t think I would have coped that well.”

Athlete wellbeing has been at the forefront of post-Olympic discussion, and Reid doesn’t shy away from the fact he’s found it a little hard to adapt. He says it’s a reality that all athletes face, and it was summed up well by former Black Sticks hockey player Brooke Neal in an open letter called Dear Olympian.

The letter talks about the confusion of coming home to a life you weren’t really prepared for, because all you’d thought about for four years (five in this instance) was making it to Tokyo. Among other things, Neal reflects on the sense that people don’t understand what you’ve just experienced, how you’re processing it, and just how hard it is to come back down to earth.

The letter has been liked more than 44,000 times on Instagram, and praised by the likes of US gymnastics superstar Simone Biles and the most successful Olympian of all time, Michael Phelps.

“I’ve had a lot of feelings over the past couple of weeks that I don’t know how to describe,” Reid says. “That letter hit the nail on the head and helped me to share how I’ve been feeling with others. There’s definitely a lot going on, and I’m sure there are athletes who are struggling.”

He’s been keeping busy by taking on part-time delivery work for a Gisborne butcher during level four. To think he was in Tokyo competing at the Olympics less than a month prior, it’s a stark illustration of the roller coaster that Olympians go on.

From here, Reid has some enforced time out of the pool to assess a hip injury he picked up just prior to competing in Tokyo. He studies earth science extra-murally through Massey University, which keeps him busy, but life right now is a bit of a transition before he gets back into training again.

Reid has also represented New Zealand in surf lifesaving in the past, but the fact he has to prioritise his time in the pool will make it tricky to get back into the Fitzroy surf this summer.

He’s already qualified for next year’s world championships in May, and the Commonwealth Games start in Birmingham in July. There won’t be an 800m freestyle event there, but Reid’s hoping to qualify in the 400m at the national championships in April.

To do that, he’ll be spending a lot of hours back in the water at Aquabladz. It’s another example of the realities of being a professional swimmer – he’ll be tumble-turning alongside Joe Average in Bell Block one day, and world champions the next.

Reid believes that grounding is no bad thing.

“I wouldn’t be where I am today without my coaching team, Sue Southgate and Donna Bouzaid,” he says.

“What’s awesome about that is, I’ve been with Aquabladz since I started at around nine years old. I’ve been in Sue’s squad for eight or more years now, and it just shows it can be done.

“You can come from these smaller regions in New Zealand and despite that, you can still make it to the top.”