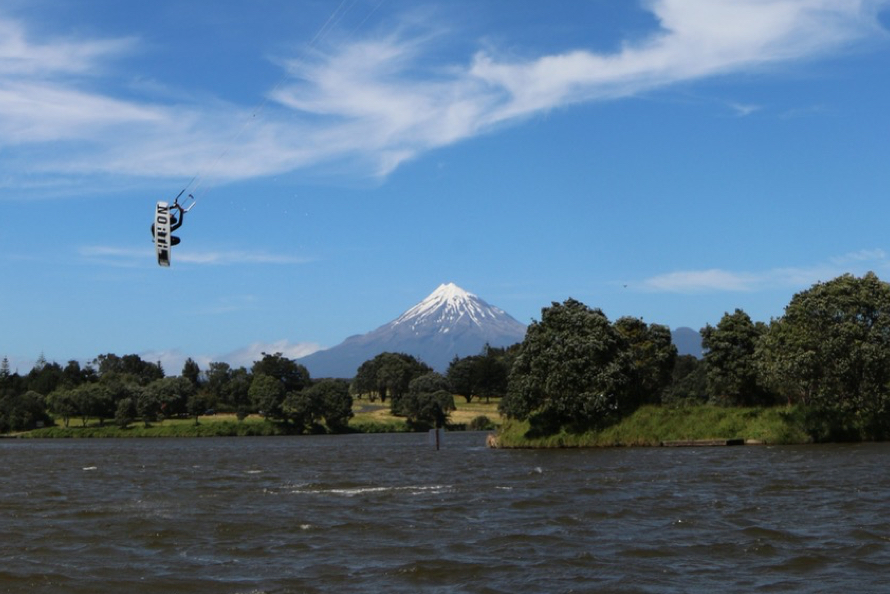 When it comes to big air, Liam is currently ranked 5th best in the country — by far the youngest of the top five. His top height is 20.1 metres. The NZ record is 27 metres, held by professional, Marc Jacobs, while the world record is 32 metres.

Then there’s hang time. With 10.6 seconds, Liam is ranked 9th in New Zealand.

This all important information is recorded on a ‘Woo’ mounted on the board.

It tracks and records height, hang time, G-forces and more. The greatest G-force Liam has experienced on landing is a hefty 12! That’s a slightly higher G-force than the maximum permitted g-force turn in Red Bull Air Race MiG-35s.

But that’s not a regular occurrence and landings can be managed by deft use of the kite.

Liam fell in love with the sport because of the sensation of flight.

“It’s amazing. Flying on the water towards a wave with loads of wind noise and as you start to go up it all just goes quiet and you’re floating, almost relaxing, in slow motion. As you come back down to the water everything speeds back up and the adrenalin kicks in again.”

Any wind between a westerly, northerly and easterly is good for kitesurfing.

Liam doesn’t live far from East End Beach so has been able to get plenty of practice in since he started out on the water at 12.

Prior to that, he spent five years just flying a kite on the beach.

“Then Dad convinced me one summer to get on the water ‘and just go out to that wave and back’. I kept going like that back and forth, then a bit further out, and a bit further.”

“He understands what happens at what tide at different locations in various conditions” and prefers places where there’s larger ‘flat’ areas to land on. Like East End. And Back Beach.

This is because there are more places you can kiteboard worldwide than kitesurf, explains Biggie Smithers, a Taranaki surfing icon and committed kitesurfer.

Kiteboarders also tend to be the young guys “who don’t worry too much about what the impacts can do to your back,” he adds.

Liam’s Dad Steve is a kitesurfer too and father and son partake in a bit of inter-sport ribbing.

But Steve doesn’t mind that Liam has turned to the ‘dark side’ of the sport.

“There’s very few people who do what he does, here. It’s a great way for him to make his own path rather than follow everyone else.”

Mum Jo comments “As a parent it’s so fulfilling  to see your child find a passion so early in life.”

It can be a dangerous sport.

There’s been several incidents in New Zealand where kiteboarders have been carried on a rogue current of air and crashed into something on land.

Liam hasn’t had any bad incidents as yet, just a “kite wash-up”. followed by a walk of shame up the beach with a ripped kite.

“That happened at Fitzroy Beach,” says Steve. “He dropped the kite in the wave and when it lands in the surf it pulls you at the same speed as the wave but it pulls you under water until the wave loses its power, so it’s really hard to get back up to the surface.”

Liam got whiplash once too, from performing one of his favourite tricks — a mega loop.

“I came back down and the nose just dug in and I went over the handlebars and got whiplash when I hit the water.”

Liam wears a helmet, but in some situations, like when he got whiplash, the helmet probably contributed to the injury, rather than protecting him, concedes Steve.

Along with mega loops and getting air he loves doing back rolls and front flips, and is working on trying to combine these tricks together in one jump.

He uses the common option of footstraps to attach himself to his board, so he can bail out if he needs to. But it also means he has to concentrate more and his feet can slip, unlike the less common option of strapping into boots attached to the board.

“Safety’s the main thing,” says Steve. “We work really hard on having certain routines you go through before you launch your kite. Landing areas, where you’re going to launch, what the tide’s doing, that sort of thing.”

And if there’s any damage to any one of your lines you buy a whole new set — no question.

Liam recounts one accident he read about, where the rider didn’t follow that advice and went out for a session with one damaged line. The entire set broke when he was in mid-air and he fell from about 15 metres, severely breaking his leg. “And he was in boots so he was trying to swim back to shore with boots on and a board, with a broken leg.”

Kiteboarders have different kits for different things …a flatter kite gives you the high jumps, one with more of a ‘C’ shape is for kite loops, and one sort of in between that does both, which is the one Liam normally goes with.

If you’re looking out at the kiteboarders this summer and you wonder which one’s Liam, he’s the one with the black and white kite with CORE written on it … soaring higher than everyone else.

If you want to follow Liam on Instagram (he films when he does tricks and it’s the next best thing to doing it yourself) his account is:  https://instagram.com/liam.kiteboarding?igshid=1re8e54kgff5p 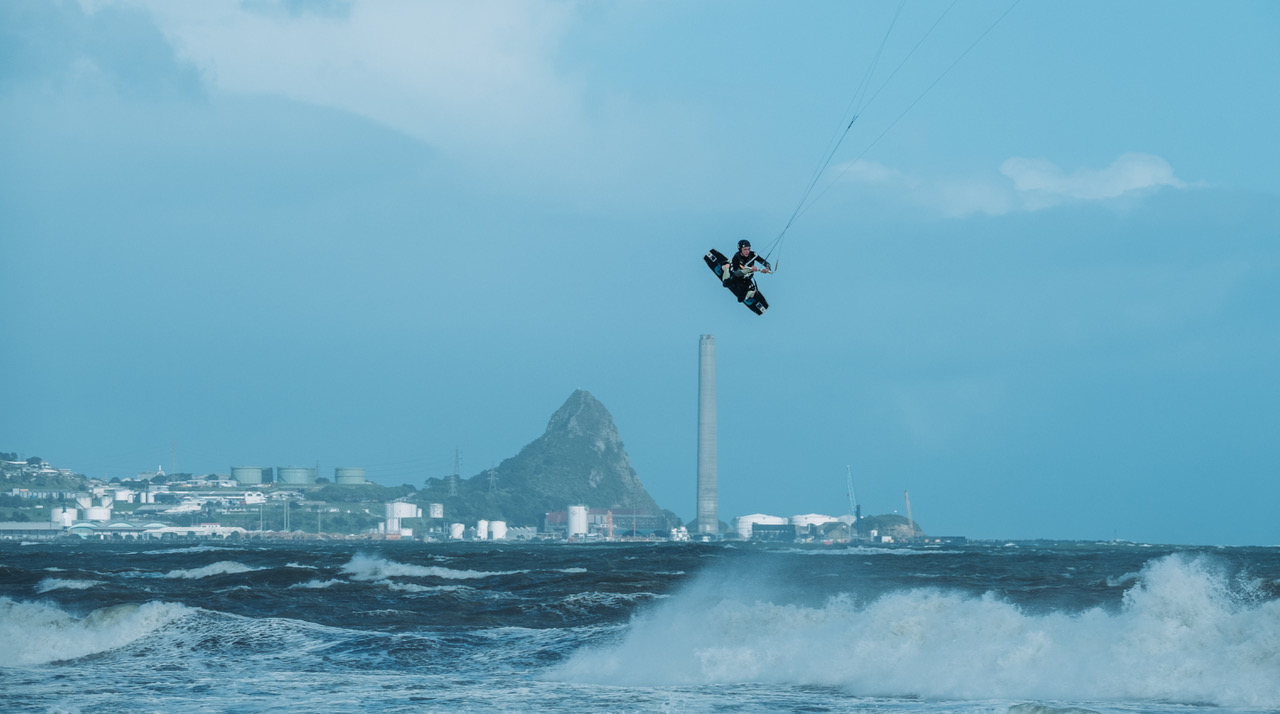 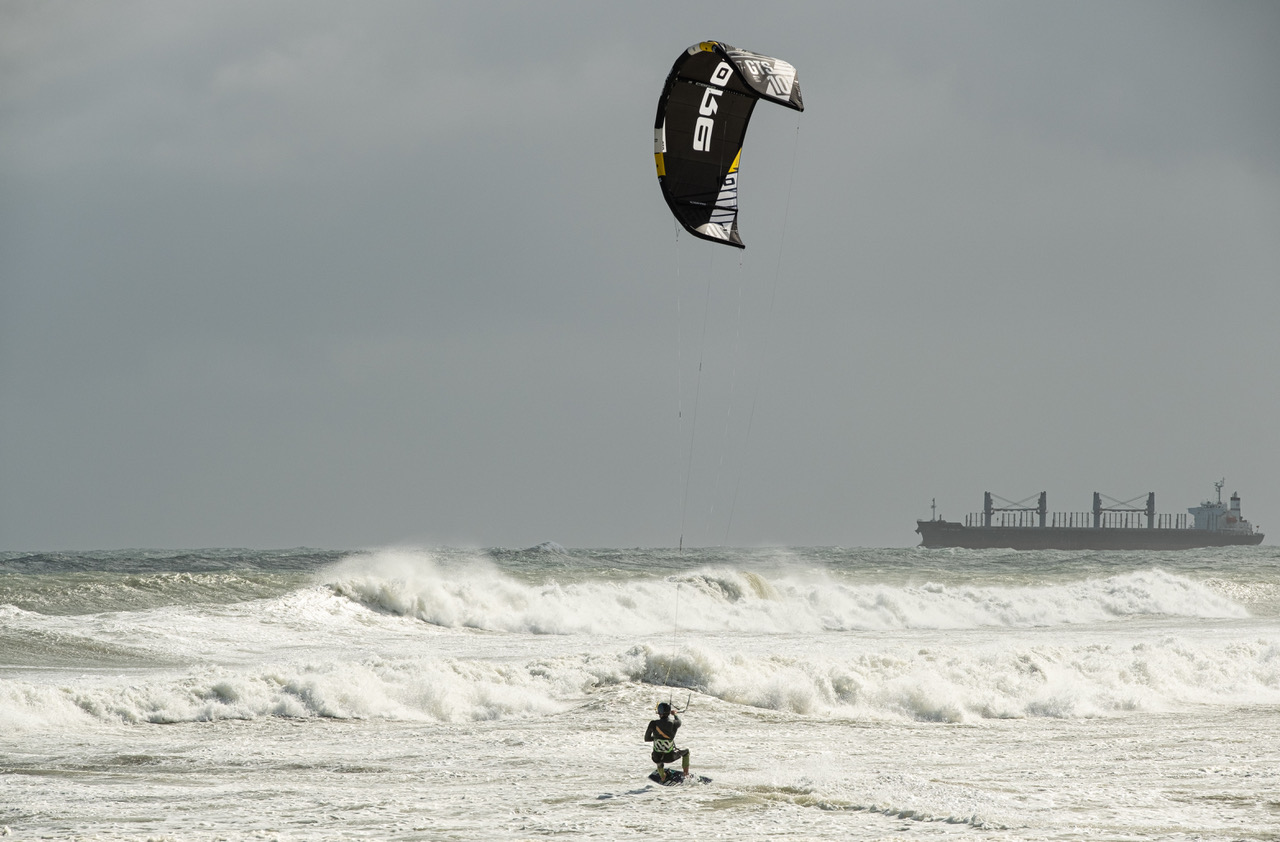 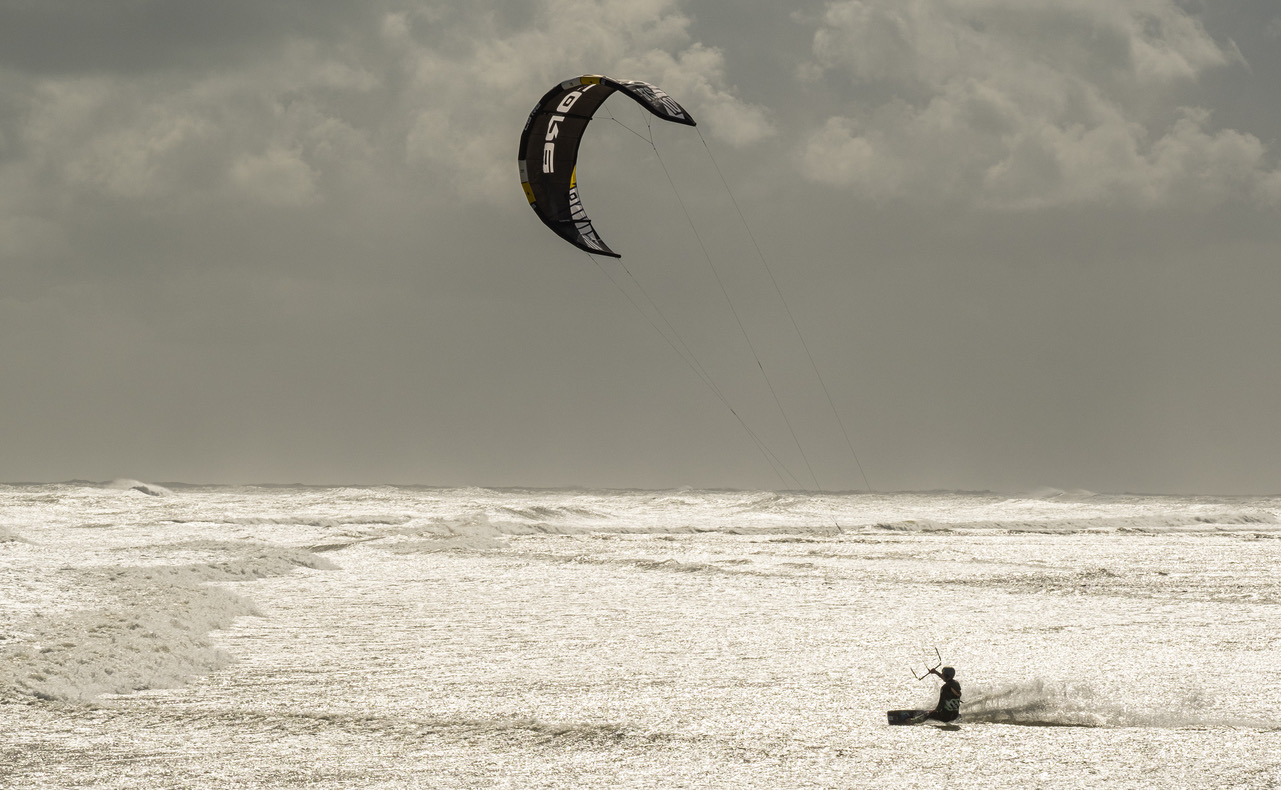 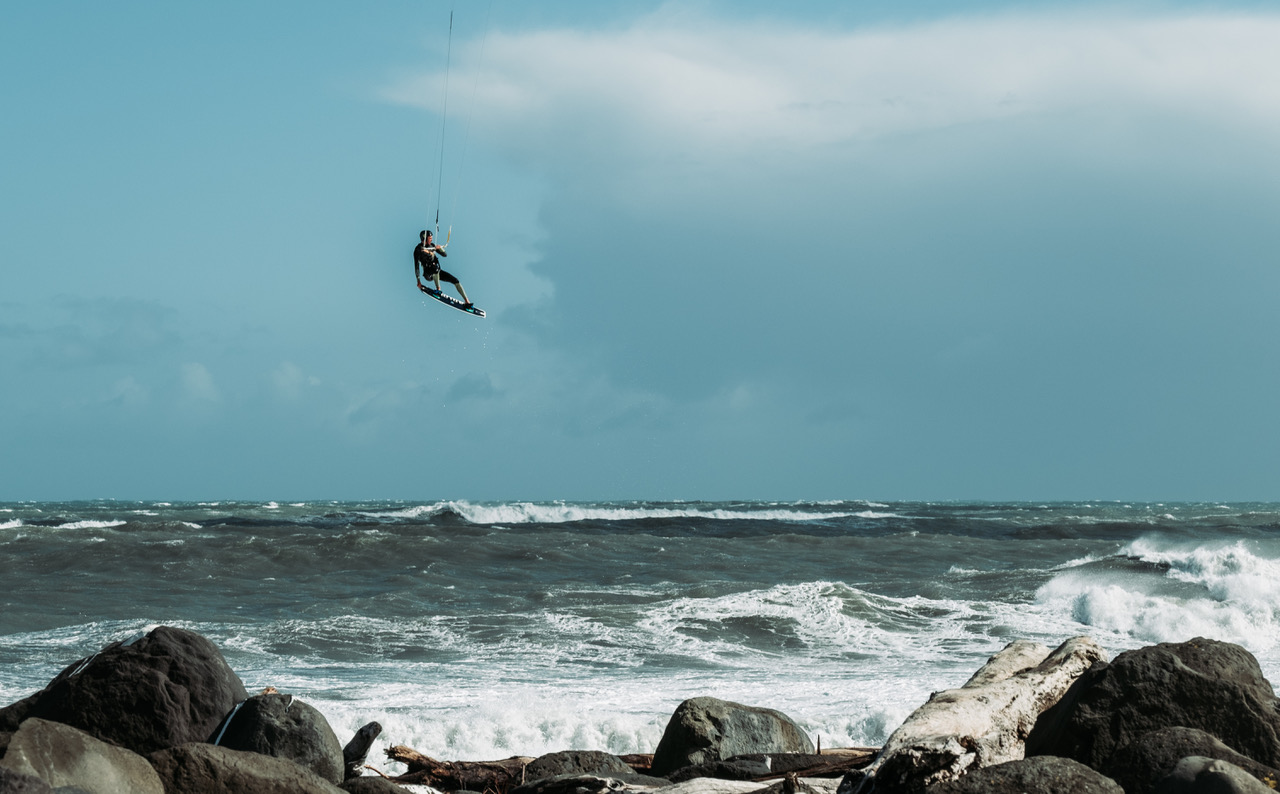 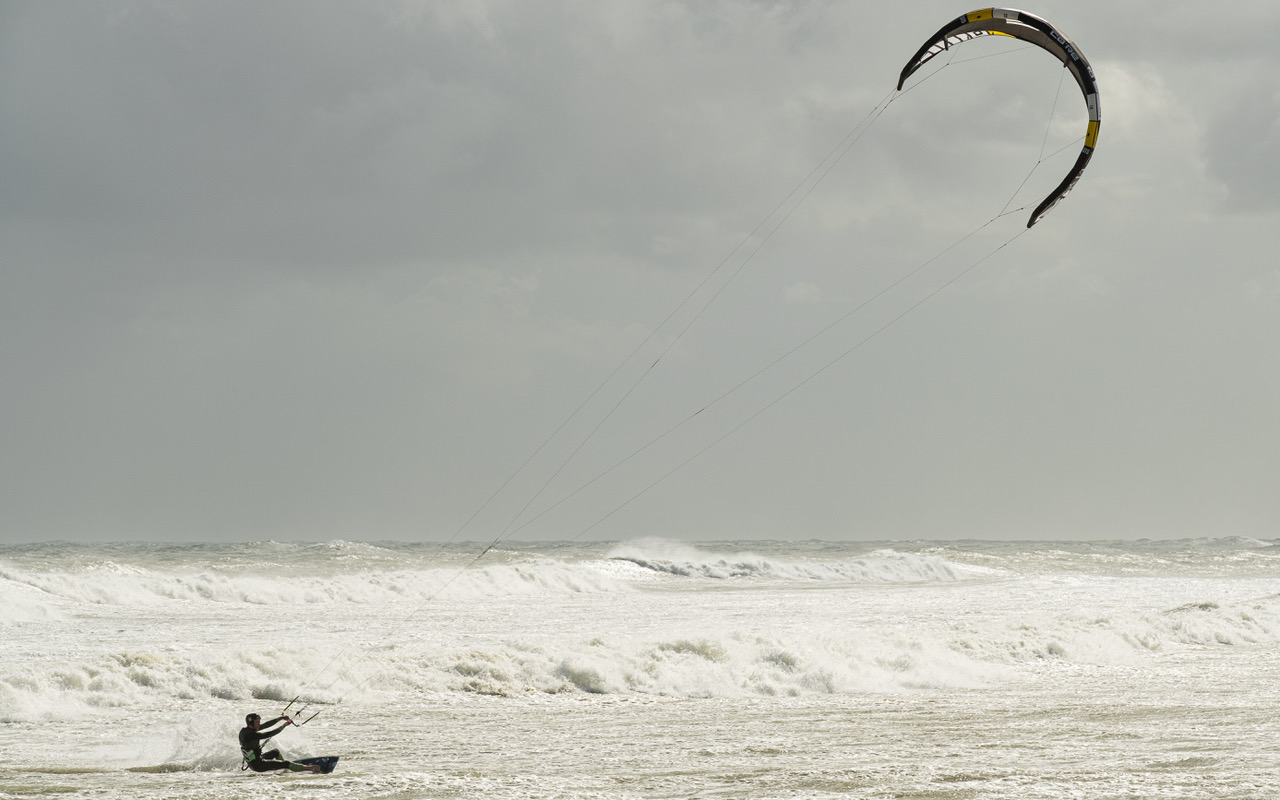 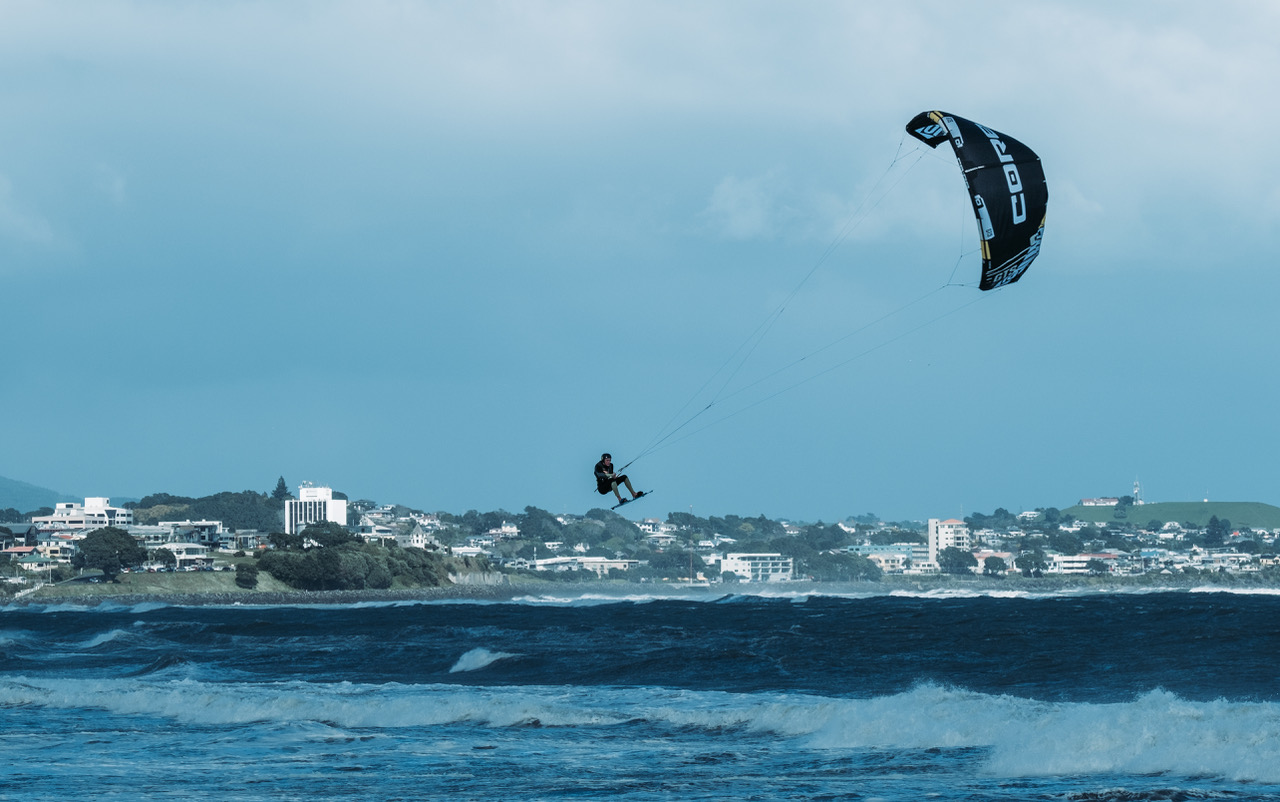 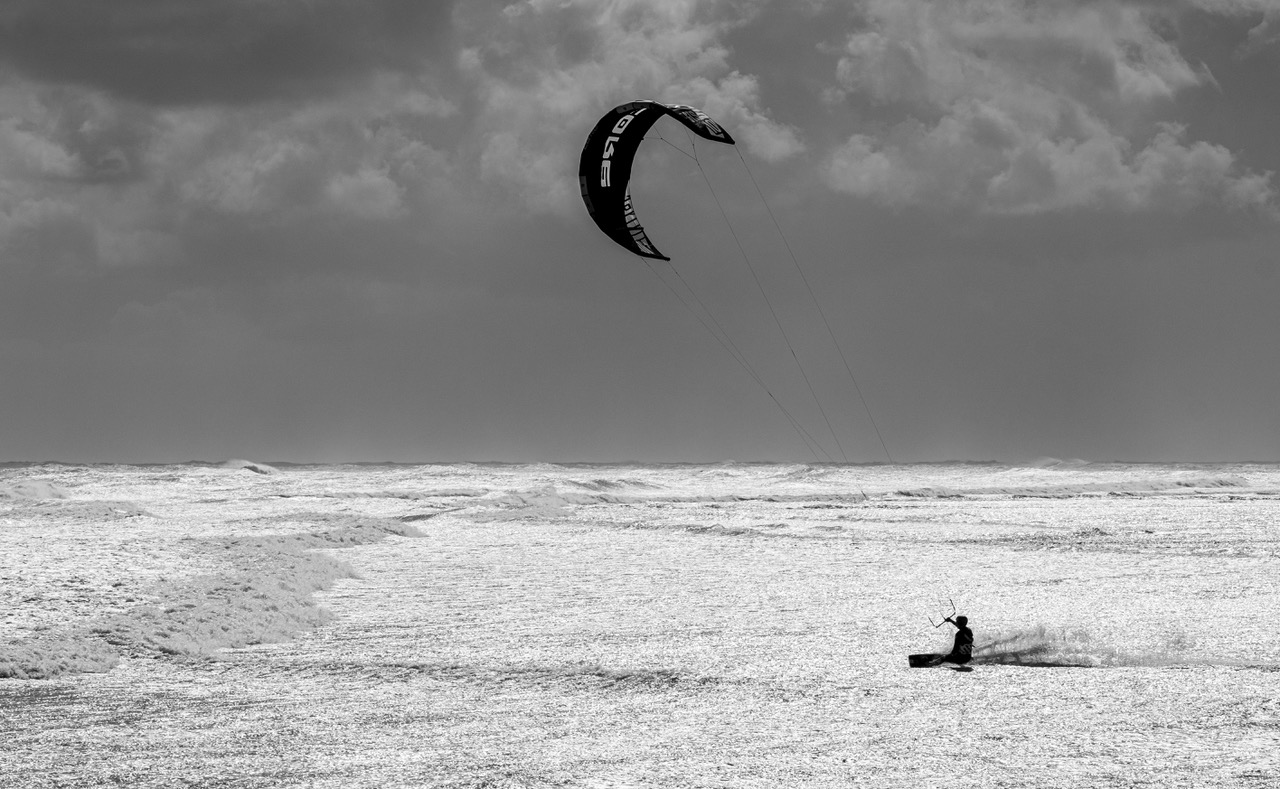 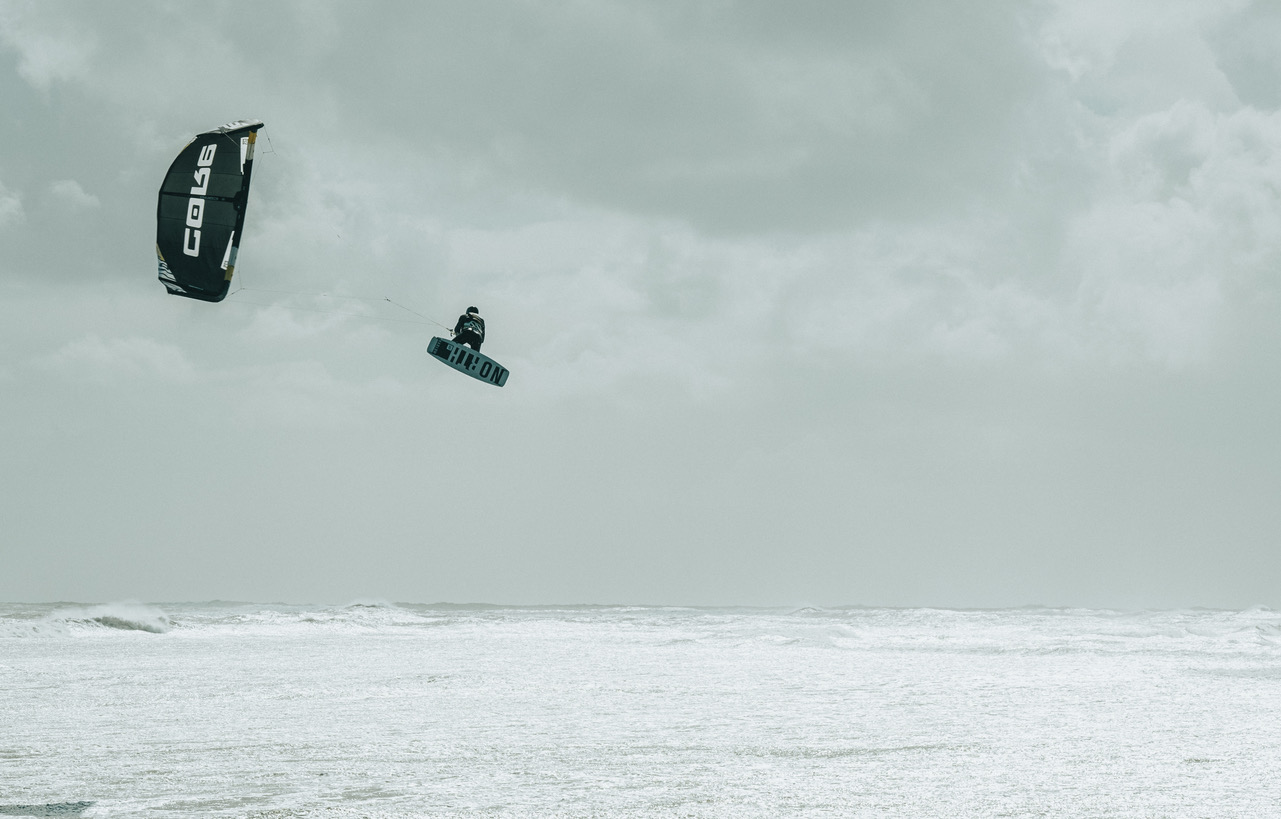 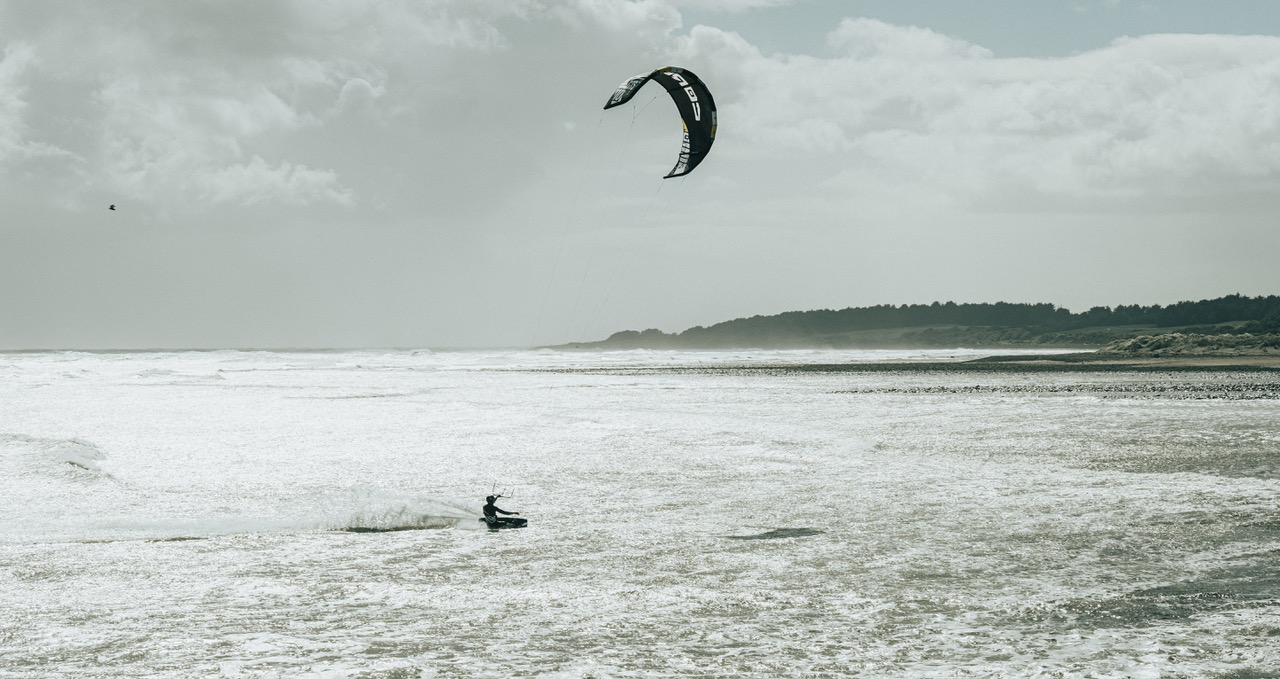 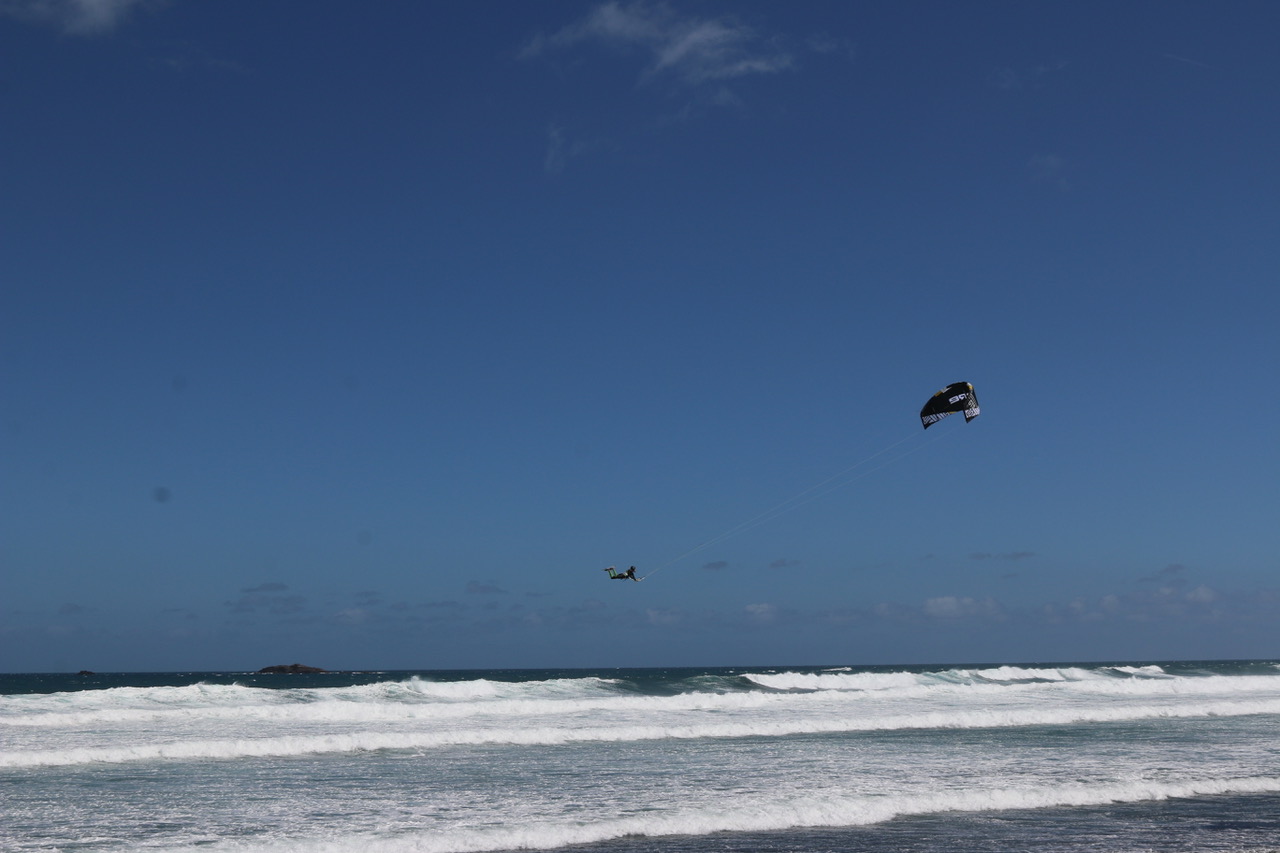 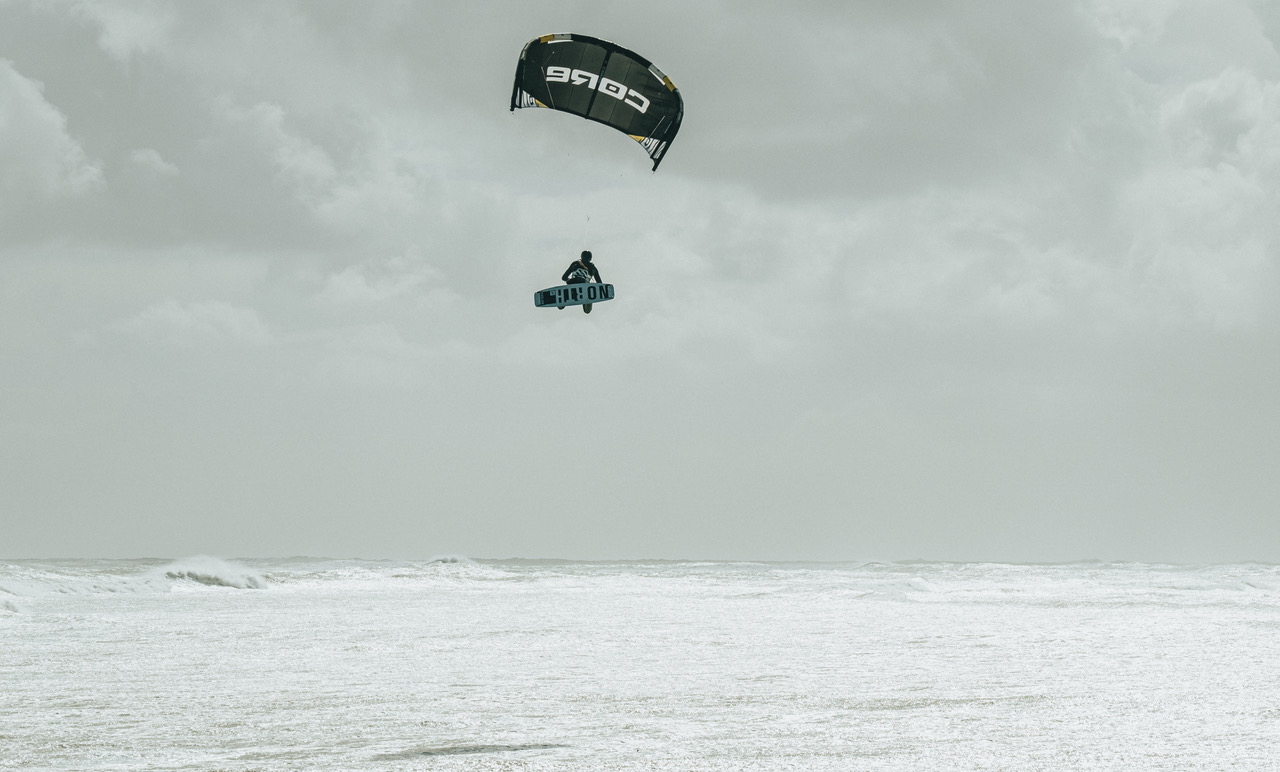 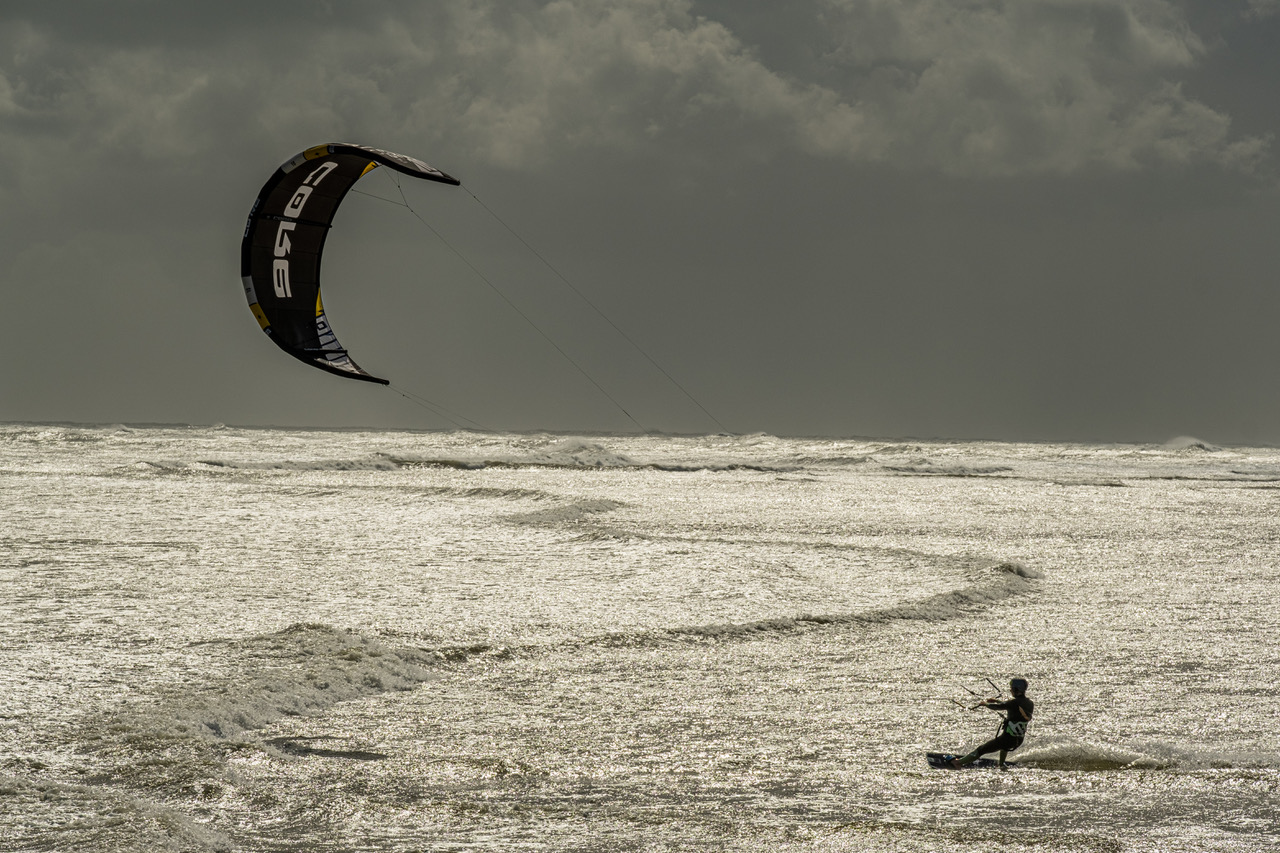