Coming up for Airs 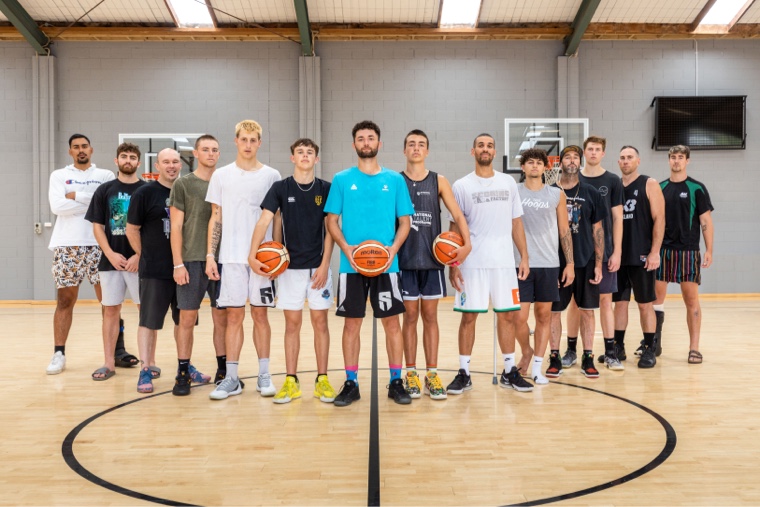 This time last year, severe turbulence hit not only the Taranaki Steelformers Mountainairs, but the entire Sal’s National Basketball League.

Weeks away from their 2020 season beginning, the whole country went into lockdown.

Last year’s Sal’s NBL was one of the few sporting competitions that went ahead and was completed without interruption, though the format was vastly different to the usual home and away game schedule.

The NZNBL led the world in how to cope with a sporting league in a COVID environment that was prone to changing Alert Levels at any time.

All seven teams were sequestered at the Sky City Hotel in Auckland during May and June, with 2 games a night played at the Trusts Arena for a period of six weeks in what was dubbed the NBL Showdown 2020.

Several months later, the America National Basketball Association (NBA), who suspended their competition on 11th March 2020, followed New Zealand’s lead and ran their competition in a hub system as well from 31st July.

The six week NZNBL Showdown saw a more even spread of talent as the league itself paid players and every team had an identical budget.

This resulted in a more even playing field than in previous years, where vastly differing team budgets pretty much determined who the winners and losers would be each season.

The Showdown produced night after night of close games with edge-of-the-seat finishes — and the crowds and viewers loved it. It’s something NBL General Manger Justin Nelson wants to see happen again, instead of the same three of four teams making the play-offs every year.

For the Taranaki Steelfomers Mountainairs, the Showdown allowed them to achieve something they haven’t done for well over a decade — make the play-offs.

This year’s competition returns to the regions, with each of the ten teams playing the other nine in a home and away structure. This will be the 40th year of the New Zealand-wide competition — the season starts in late April and runs until mid-July, with play-offs due in late July.

Teams unanimously agreed to a Salary Cap for players this season that was only 5% less than the limit prior to Covid hitting, which in itself is a remarkable achievement given other sporting leagues around the world have endured severe cuts to player payments – the ANBL for example saw players take 50% cuts.

In addition to the cap, a new ‘business-focused’ system means teams cannot spend more than 35% of total team revenue on players. The League believes this will lead to greater sustainability and push for a greater focus on business outcomes where teams must commit to a minimum of spending 65% on their business.

For Airs’ coach, Trent Adam, this year has been an unusual one in terms of planning and preparation.

“It was hard to know what the season was going to look like in terms of whether import players would be allowed in, and what does that mean as far as when you’re building a roster — are you trying to build a roster focussing on these imports that may not be there? Or are you going to try and build a complete team without them? The unknowns created a lot of uncertainty about how to construct a team and what things that you had to value.”

Imports were confirmed for the NZNBL on 6th February, though import numbers were reduced from three per team to two, freeing up 10 more playing positions for Kiwi basketballers.

However, with the late start to the Australian NBL season (which usually begins in October), their season is due to end in May. This means that 20 Kiwi players currently competing for various teams in the Australian league, will miss at least half of the NZ season. By the time they have quarantined, they may not be eligible to play in the finals for any NZNBL team that picks them up.

The Taranaki Steelformers Mountainairs are the only team in this year’s Sal’s NBL not aiming to bring in any players from overseas this year.

“The decision not to bring in any import players was partially because of COVID uncertainty and partially budget-driven,” says Airs’ Team Manager, and committee member, Bevan Seddon. Not only would the club have had to pay airfares and accommodation for their imports, but also quarantine costs.

“It’s also a shift in thinking from the club in that we would rather see New Zealand players on our roster to support our local players. That is our long-term focus. We want to provide local players with a pathway to play for the region and pursue opportunities to have a career in basketball.”

“It’s all about who can you bring in who can provide a skillset that a local person can’t do,” Trent emphasises.

Two players returning to Taranaki from the 2020 campaign are Tai Wynyard (Auckland) and Francis Mulvihill (Wellington).

Last season’s point guard for the Airs, Derone Raukawa, has opted to play for the Hawks this season, who are getting together an imposing line-up with six current, or recent, Tall Blacks on their roster.

There are still some key players in the Taranaki roster to be announced, and that will happen later this month.

“I still think it’s important to have local players when they’re at the NBL level,” says Trent Adam.

“There are several talented players from the region who are playing elsewhere (Dane Brooks has signed with the Franklin Bulls and Quintin Bailey will be playing for the Canterbury Rams).

“We’re in talks with Aaron (Bailey-Nowell, or ‘Aunty’ as he is more commonly known) and he’s in that phase of his career that we’re hoping people will come out and show their appreciation for the work he’s put into the region.”

Aunty turns 40 in July, coincidentally the same age as the NBL itself, and has been playing in the NBL for over 20 years.

If he plays again this season, he will notch up his 300th game.

“Baxter Fenwick has come through the school and rep programme here and we feel he showed some things last year that showed he could be a long-standing contributor to the team. Morgan Trott has come on board, and we have a couple of other exciting young local players we are looking forward to announce.”

A new pick-up this year is Haize Walker from Manawatu. “He’s an up-and-coming player that has had some opportunities with the Jets in the past.”

Nelson Kirksey, an American who is currently living in New Zealand, also played for the Jets in 2020 and will be the nearest the Airs will get to an import this year.

Trent is aiming to have his full squad together by the last week of March.

In addition to his work with the Airs, the head coach will be working on a ‘Junior Airs’ programme to help develop the young talent in the region and provide a pathway for school players to the NBL.

The first two games for the Airs this season will be away matches against the Southland Sharks on 29th April and the 2020 champions, the Otago Nuggets, on 1st May.

TSB Stadium will host the first home game at 7.30pm on Thursday 6th May against the Franklin Bulls, a new team to the NBL that debuted during the 2020 Showdown.

Like last year, all NBL games this season will be televised on Sky Sport as well as ESPN in the US and other channels and streaming services throughout the world.

This year the NBL will be expanding its 3×3 offering after the successful debut of the Schick 3×3 Cup last November.

Basketball 3×3 is a bit like Rugby 7s in that the games are a lot shorter (10 mins), played on a half-court, with only four players (three on court and one substitute).

The atmosphere is also just like Sevens in that music plays and the action is non-stop, with women’s and men’s matches alternating.

This year will see two party events — the Schick Cup at ILT Stadium Southland in Invercargill (14-16 October) and the new Schick Christmas Classic at the SkyCity Theatre in Auckland (9-11 December).

There will be two player drafts (men’s and women’s), equal prize money, equal appearance fees for all players and full live broadcast by Sky Sport of all games.

NBL General Manager Justin Nelson says he thinks this innovation will build in the coming years to become the live sport party-event of choice for young people.

“This is our new party product. We know we have something great for the fans after the fast, furious and physical Schick 3X3 Cup last year. The action was constant, the players were firing, the music was pumping and the fans were dancing. It makes for awesome live entertainment, as well as a great broadcast for the fans.

“We hope other like-minded businesses across New Zealand who share these same values of equality knock on our door and join us with more commercial support. As revenue grows, more events will be added, and financial support for players will grow equally,” says Nelson.

In February of this year Basketball Taranaki held its first AGM and had their membership to Basketball New Zealand ratified.

“At last we will have a fully regional voice for all of basketball in Taranaki, says Bevan Seddon, a board member on the new BBT committee.

“We want to grow this organisation to a point where we can welcome new associations to the RSO. There are so many committed volunteers but basketball has got to a stage where the sport needs to be run like a business and have full-time staff.

“It’s all about having a really focussed approach for basketball for all of Taranaki — coaches, players, referees, administration, everything.”

It is envisaged that as soon as funding allows, BBT will have a chief executive, an administration person and a basketball development officer.

Funding applications are being worked on now and will be submitted as soon as they are prepared.