Bring Beer to The People 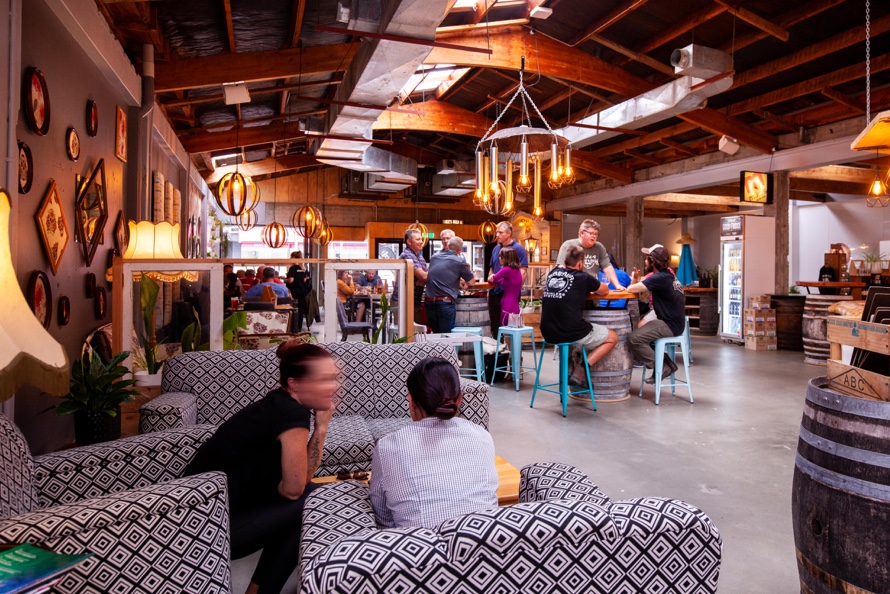 Started in 1989, Mike’s Brewery is the oldest craft beer brewery in New Zealand. Ron bought the business twelve years ago when the only real market for craft beer existed in Wellington. To give you some idea of exactly how much the craft beer market has grown, there are now twenty-five craft beer breweries in Central Wellington alone.

“Clearly, we could no longer make a living just selling beer to Wellington, but as time has gone on, more and more people in the provinces are getting into craft beer.”

“We looked at how the craft beer market developed in America, with it growing out of certain cities and into smaller towns, so I figured the same thing would happen here. I even got a couple of researchers to take a look into what I proposed to do and all their data backed up my hunch that this was a good idea.”

Mike’s Brewery is now located in what used to be the Sun World Restaurant at 186 Devon Street East. In order to make the transformation run smoothly and bring Ron’s vision to fruition, the team brought in Vanessa Elliot, a designer with a real passion for saving and repurposing old buildings.

Those exposed wooden trusses really set the theme for the décor throughout the rest of the building, which is best described as man cave meets craft brewery chic. There are lamp shades made from old barrel hoops and a giant wok from the set of The Last Samurai that has an incredible story all of its own.

“We started recycling and repurposing old stuff, not only to save money, but also because I hate waste. I hate to waste food, I definitely hate wasting beer and I hate to see things thrown away just because they’re old.”

To this end, a number of historic objects have been brought in from the old Urenui site, including the legendary keg letterbox. Lounge suites were found at the Hospice Shop and tables were made from old Oktoberfest tables, cut up and framed with steelwork made by Ron’s dad.

But, what about the beer? Well, it’s all here and if you can’t find something you like, then maybe you’re not thirsty. There is everything from blonds, to IPAs, APAs, stouts, porters and the alcohol percentages range from a 1.3% kombucha to a challenging 10%+ stout. You can even still fill your own flagons and there are t-shirts and other merchandise for sale too.

Once this thirst-challenging summer is over, brewing equipment will be moved into the new site and all beers will be brewed on site.

“It’s not like out in Urenui,” says Ron, “where if we needed more space, we could just build another shed. Here it takes a bit more planning. But we’re here now, we’re no longer the weird hicks out in the countryside,” he says with a laugh. “There has been great interest from the public and it’s just fantastic to be here.”

One of the big surprises for Ron has been the strong interest in the bistro side of the business.

“People are really keen on the food,” says Ron, his eyes widening. “I thought people would just be coming in only thinking about the beer, but that hasn’t been the case. The food has gone down really well too.”

It’s not only Mike’s beers on offer either, as a selection of other beers and ciders are available too, as well as cocktails and coffee and even snow freeze ice cream. Opening hours are 10am until 10pm, and closed on Mondays. Mike’s Brewery and Bistro will take bookings for people celebrating special occasions and corporate groups, but only on the understanding that the doors will not be shut to Mike’s regular loyal customers. For those people who enjoyed the Mike’s Brewery Oktoberfest, they will be pleased to know that the occasion will still be marked in the new venue, just not to the scale of previous events held in Urenui.