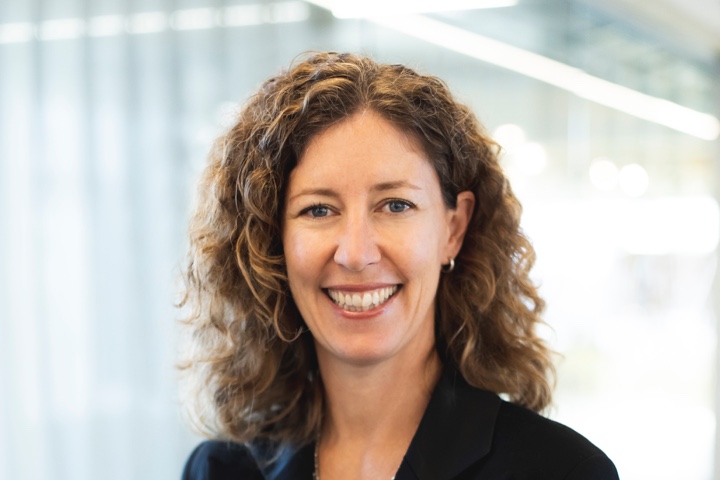 When Donna Cooper came to New Plymouth in 2018 to take up the role of CEO at TSB, she had no idea she was about to encounter some of the institution’s most unsettling times.

Covid was about to arrive, people wouldn’t be able to physically visit a bank for weeks and there was a formal warning from the Reserve Bank to deal with regarding Anti-Money Laundering compliance failures.

Donna Cooper says she’s been focused on people throughout her 27-year finance career – in fact, it’s what got her hooked on the industry in the first place.

Her first “real” job was as a graduate for American Express in the UK. The thing that stuck with her was how customer focused the company was, and how significant that could be.

“People’s finances are such a big part of having a happy, healthy life. Money alone doesn’t necessarily make you happy, but knowing you have a plan and your position is under control gives you a sense of stability and confidence to enjoy the rest of your life.

“What appealed to me wasn’t about financial services, it was about finding an organisation that thought about what people wanted and helped them to deliver it.

“I’m a big believer that if you take the time to understand what customers really value and how you can meet those needs better, simpler, easier – whatever matters most to them – then you can make a big difference.”

Her approach isn’t what you’d expect from someone who is a former general manager of Baycorp New Zealand. Surely as a debt collection agency, it’s hard to value the feelings of people whose doors you’re knocking on. She disagrees.

“There was a real willingness to bring a more people focused approach to what they did. Most people don’t intend to get into a situation where they can’t meet their financial obligations, but the way you treat someone in that moment can really end up helping them.”

During her three years at Baycorp, it won back to back customer service awards for the collections industry, which includes banks and utility companies. Cooper cites that as proof they could drive the same business outcomes with a humanised approach towards people who were struggling.

Other career highlights include delivering the exclusive AMEX Black Card in the UK and Germany and leading a turnaround in growth and financial performance of American Express’ Australian and Indian businesses. Cooper also reflects fondly on a two year stint she spent in Delhi, as India’s Vice President of Consumer Products.

“India was amazing. It’s such a vibrant culture with such a long history, and I’ve never been welcomed into people’s homes the same way we were there. It was just a magic environment, with cows roaming in the street, and elephants and monkeys outside my house.

“My big learning was there are far more similarities among people than differences. People might seem different, but the core of what matters to them the most is roughly the same – people want to raise a family, protect their kids, create a nice environment and improve things for the next generation.”

Cooper says her time in India made her acutely aware of her gender, which is something she hadn’t really experienced up until that point.

“It was unusual for a foreign female to be in a leadership role. That was the first time in my career that I noticeably stood out as being a minority, and it was interesting to feel what that was like.”

The novelty of being a woman in charge of a bank is something that Cooper faces often, not that she puts too much emphasis on it herself. She rightly points out that, until one left recently, the CEOs of four of New Zealand’s six biggest banks were women.

“If people can see other people that look like them, or they can relate to, in a variety of different roles, they know it’s possible for them as well. That includes diversity, not just of gender, but all backgrounds and cultures. You want your leaders to be representative of your customer base and employees and country.”

A mother to two kids, Cooper reflected on her own childhood growing up on the Kapiti Coast when she and her husband decided to move their family to Taranaki.

“We thought about what matters to us, and giving them the upbringing that I had was something that really felt good. Running around barefoot, swimming in the sea, going to WOMAD…my family and I love being part of this community.”

It’s interesting to hear how the community has welcomed her. Localism is very real in Taranaki, and many people feel a strong sense of ownership over TSB. Anecdotally, it does seem that some see Cooper as an outsider who’s come from Auckland to take over ‘our’ bank.

Does she get that feeling? Not really.

“I see myself as part of the Taranaki whānau, and people have really welcomed me. I don’t feel like an outsider here at all.

“I certainly get the sense of pride that people rightly feel in having TSB here. It’s fantastic that a community bank that started 171 years ago is still going. It’s still the only bank that’s owned by a philanthropic organisation where a portion of the profits go back to the community. Imagine if all the banks did that.”

TSB typically gives 20 percent of its profits to its shareholder, Toi Foundation, to help fund community-based activities each year. Cooper describes being able to pay a $7.5 million dividend in 2020 as particularly satisfying, given the rocky year that it was.

The banking industry has changed significantly since 2018, and things are different at TSB as a result. Cooper’s adamant all of these changes are about better serving customers.

TSB closed its branches in Moturoa, Fitzroy and Vogeltown earlier this year, leaving its central and Westown branches in New Plymouth. There are seven other regional branches around Taranaki.

Cooper says the decision came after a surge in online banking, and seeing clear and changing expectations from customers about how they want to bank. TSB invested $2 million in building a state of the art lending and banking hub at its central New Plymouth branch with this in mind.

“New Zealanders were already embracing online before Covid, and that trend has only escalated since then. We’ve responded to feedback from our customers to provide the banking support and options that they’re telling us they want. This was not a cost-saving exercise, it was about redeploying our people to cater for those changing expectations.”

The bank adopted a cheque-free stance in June that most, if not all, other New Zealand banks have. Cooper believes TSB couldn’t continue to offer cheques in good conscience if customers couldn’t use them elsewhere.

In these instances, Cooper says the bank has put in a lot of effort to help customers adapt. She adds whether it’s finding alternatives to cheques, dealing with a branch closure or helping to transition to online banking, there’s been a focus on senior customers.

“We’ve contacted every single customer over the age of 70 to talk to them and help them through this, either over the phone or in branch.”

TSB has also moved to shore up its compliance with anti-money laundering legislation, which helps to prevent banks from being used by criminals to launder money.

The Reserve Bank formally warned TSB for compliance failures in 2016 – two years before Cooper started with the bank – and took High Court action after an inadequate response by 2019.

By the time the two parties ended up in court last year, TSB was compliant. Still, it was handed a considerable penalty in the form of a $3.5 million fine.

“I’ll be honest, we had improvements to make in this area and we were held to account for what has happened in the past. We have had a massive uplift programme in place since I started and TSB is in a significantly different position now than it was then.”

TSB, like all banks, has adapted to new lending requirements that have been described as being overzealous in scrutinising people’s personal finances. Cooper’s careful not to be too critical herself, but her comments suggest she’s keen to have the Credit Contracts and Consumer Finance Act (CCCFA) scaled back.

“To say that it has an impact on the lending environment – and the ability for people to get ahead financially – would be an understatement. We’re actively working with MBIE (Ministry of Business Innovation and Employment) and the CCCFA inquiry they now have underway to highlight where unintended consequences are arising for customers.

“We want to support people to get the best possible personal financial outcomes so advocating for customers where change is needed is a crucial part of that.”

While the banking compliance environment has changed in Cooper’s time, the financials are more or less the same – although there have been ups and downs.

TSB’s profit dipped between 2019 and 2020 by $21 million, mostly due to an increase of $19m in credit provisioning to allow for the potential impacts of COVID-19.

“This was the necessary – and right – thing to do given the situation. We didn’t know where New Zealand would end up after the initial COVID response.”

The following year profit recovered, lifting back up to $59.6 million – about where it was beforehand.

Plainly, profits will always be a marker of the performance of a bank CEO. However, you get the sense that Cooper’s just as interested – if not more so – in being able to improve things for staff and customers.