Back from a Breather 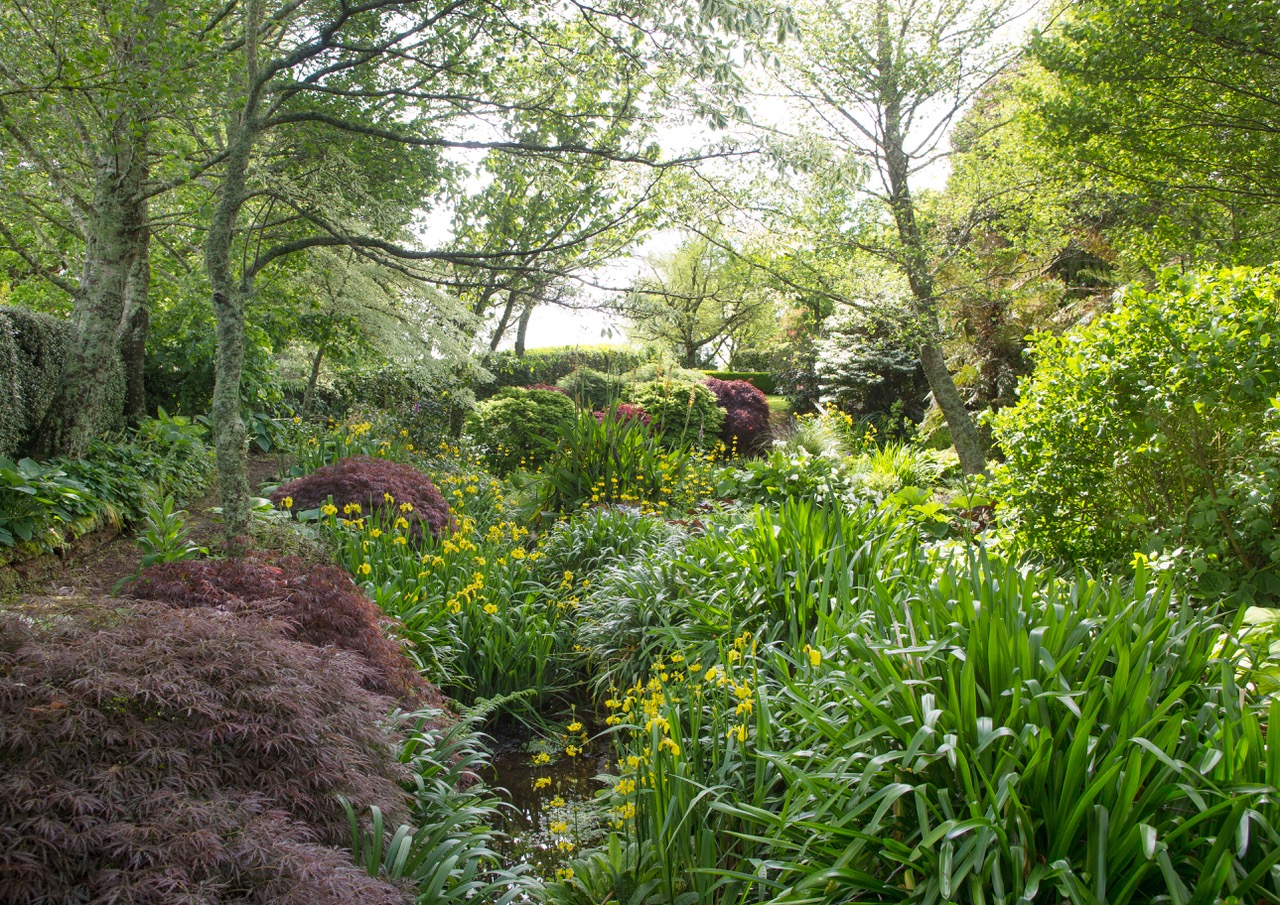 Behind all Taranaki’s stunning festival gardens are the inspirational and hard-working gardeners who make it all happen.

But sometimes they need a rest, whether it be to take a breather, to undergo a redesign or take a trip. And then they’re back.

And so it is this year. Six of the most admired and creative gardeners who have taken a break in recent times are back in the mix of 40 of the region’s best.

Alathea and Bill Armstrong of Armstrong Garden in Princess St, Waitara, will again open the gates to their delightful, colourful and scented English cottage garden.

Festival manager Tetsu Garnett is delighted the Armstrongs have returned to the fold. The garden has always attracted excellent feedback from garden-lovers who pleaded for its return, she says. “Your garden needs to be shared,” garden-lovers told the festival. They loved Alathea’s passion and her willingness to share her extensive knowledge.

Alathea says this will be her 13th year in the festival. “I’ve had two breaks, last year and in 2016 and 2018. They said it was a shame you closed up, so I thought we should return.”

Her year off became a busman’s holiday. She took full advantage of the break and visited as many gardens in the Taranaki Garden Festival as she could, appreciating how much work went in behind the scenes.

“I thoroughly enjoyed myself.”

Alathea is looking forward to her visitors again this year — some will learn from her extensive knowledge and others will share their knowledge with her. “They are so enthusiastic. You get plenty of feedback. A lot of plants I have picked up from little roadside stalls, hit and miss, no labels, then someone will come through and say, ‘We know that plant’. Amazing how they can rattle these names off.”

Another returnee is Tainui Close, owned by garden designer Chris Paul of Plan It Earth Landscape Design. When he and partner Kevin Wensor first bought their house on Tainui St in Welbourn, New Plymouth, it was a blank canvas, an empty steep back section, north-facing and looking into a beautiful green tree-filled and valley reserve.

Chris dug in. He challenged himself to get the challenging property terraced and planted – and it was accepted into the festival. The garden, down a right-of-way and perfectly described as an urban garden hideaway, is now seven years old. This year may be the last year festival-goers will be able to see the impressive transformation, so don’t postpone your visit. “I think that’s probably it. It is an enormous amount of work.”

La Vie en Rose, a former bank in Eltham, has also returned to the mix where Barbara Valintine and Mark Bellringer have developed their French-inspired courtyard garden. The courtyard complements the magnificently eclectic bank building itself which has been boldly featured in several magazines. Barbara also offers tours of their home and design store during the festival.

“It’s huge work,” Barbara says. “It is not just the garden, there are also the daily house tours. It’s insane. You have to love what you do. We had only been in the festival once, in 2016 and said never again. But it’s a little bit like childbirth. You forget and do it all again.”

The garden has new seating and there are different styles of chairs in the sheltered outside space so people can enjoy sitting, picnicking and admiring the garden. It’s very like a walled garden,” Barbara says.

The exceptional outlook of the mountain and sea from the Himalayan Garden of Tranquillity on a formerly rugged and exposed hillside in New Plymouth’s Horizon Heights should be a must on visitors’ lists.

Bindu and Kam Sharma have created childhood memories of the tropical Himalayas in their one-acre garden. They were in the festival in 2016 and 2017 and had a rest last year, trimming back and reorganising and travelling.  “I wanted to do the cuttings and let the garden breathe,” Bindu says. New this year are the rose gardens, bromeliads, and fruit trees.  “I keep changing things. It’s my hobby. I love it.”

Also returning is the 115-year-old magnificent Merleswood, on Beaconsfield in Stratford, owned by Peter and Cathy Lang for the last three-and-a-half years. With both working, Cathy says their two acres of mature trees, lawn and newly-planted rose gardens are a huge job so the couple expects to enter the festival every second year.

Greenhills, a floral artist’s dream garden in the Stratford township will also open this year. Perennials, shrubberies, rockeries and garden structures abound.  Shirley has recently published her own book titled “I am the garden”, you can pick up a signed copy as a momento when you visit.