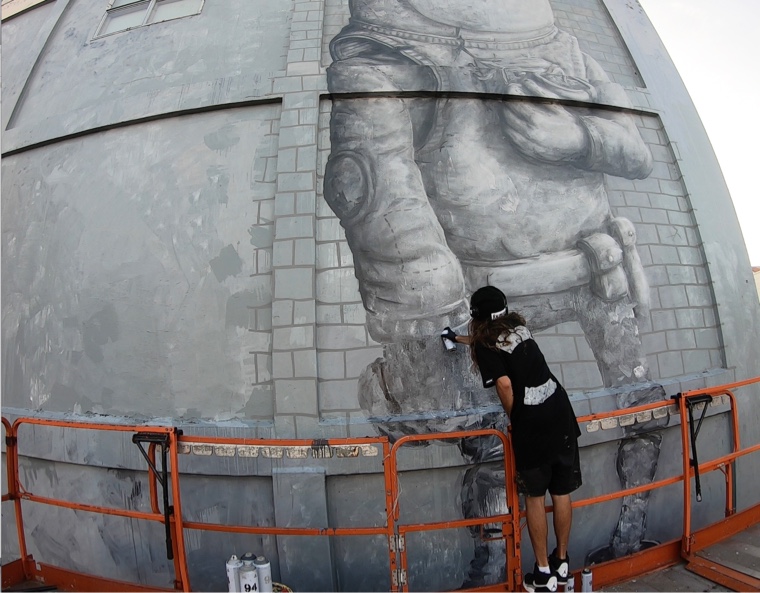 …after chasing Nomadism as the foundation for work through the the last decade, Milarky has attempted to submit to the more restrictive global mobility limitations, and responsively tried to utilise the adaptive traits learnt from a nomadic foundation to do the opposite..

On the 20th August 2020, with an official ribbon cutting ceremony by Mayor Neil Holdom, Milarky opened his first ever Gallery Space, ‘RESIDENT GALLERY’. A month later on the 20th September Milarky had his first solo Exhibition opening in this new space, SEDENTARISATION. An exhibition discussing the perimeters of assessing what we are all doing on the globe currently.. sedentarising, becoming more local and committed to our direct environment, “in a certain manner, we’ve sendentarised into a return to hyper Nomadism”

Milarky has had many studios, referred to as the ‘Milarky Laboratories’ which are always short term and transient, and in the past has established a temporary Lab just for the Taranaki Art Trails then packed it back up and relocated. This year however, his inclusion is more established, as along with the new RESIDENT GALLERY, neighbouring this is Milarky’s first [more] permanent studio space. For the first time you’ll be able to visit a Milarky studio/lab more revealing and accurate to the processes involved of both his fine art and his street painting practices.

Along with the one-off access to openly visit Milarky’s studio/lab, he will also be opening a new Exhibition in RESIDENT GALLERY specifically in alignment with the Trail dates. This Exhibition will be an attempted resurface of the ‘Archives’, curating a room of significant previous Milarky works. With the intent to see what the various discussions over the past decades say when they are all in the same room, and to give the audience a rare chance to see where Milarky came from, what he used to say, and possibly a scope of the wider concept. Most of the works to be included are gratefully on loan from private collectors, and many were privately commissioned so have never been publicly displayed before. There may also be some new available works done in direct response to the archive resurfacing process itself, along with a few other Milarky tricks…

Resident Gallery, and the neighbouring Milarky Laboratories are in central New Plymouth, amongst the alleyways by the Quarterbank. Open when the lights on “..find it”